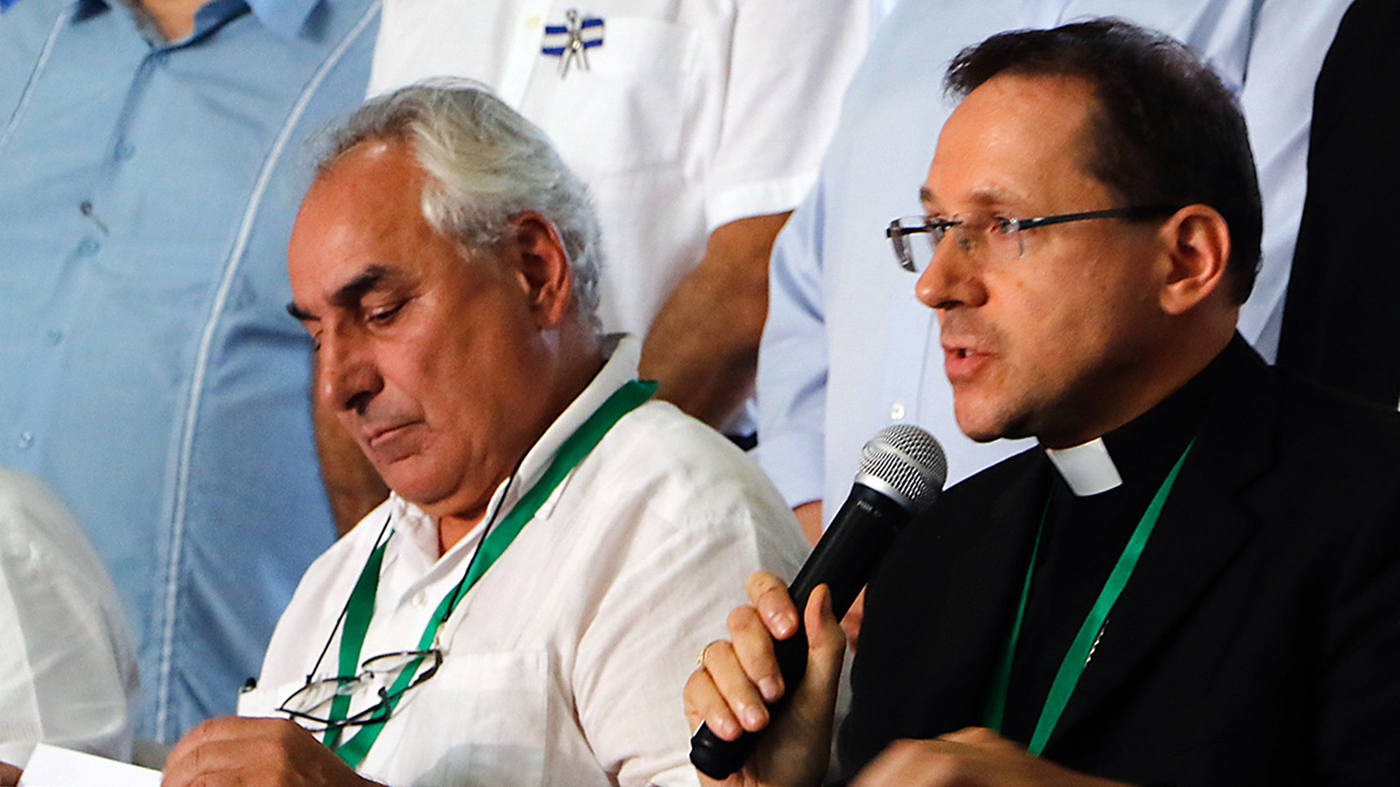 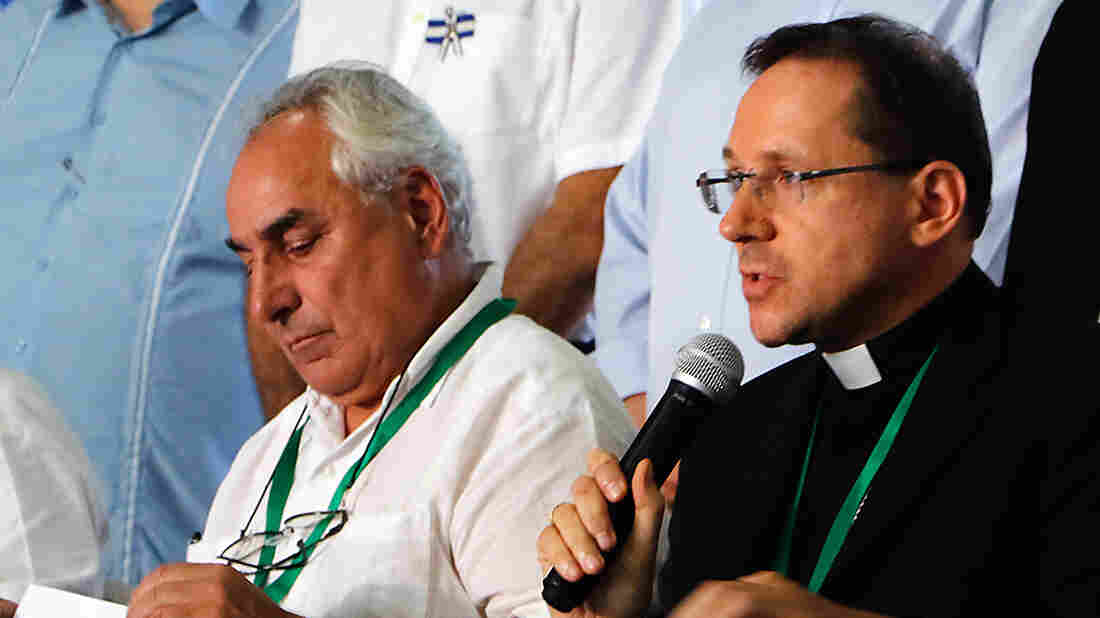 Nicaragua's Apostolic Nuncio Waldemar Summer Day speaks next to the OAS special envoy Luis Ángel Rosadilla during a news conference in Managua on Wednesday. They said the government had agreed to release detainees within 90 days.

Nicaragua's Apostolic Nuncio Waldemar Summer Day speaks next to the OAS special envoy Luis Ángel Rosadilla during a news conference in Managua on Wednesday. They said the government had agreed to release detainees within 90 days.


Nicaragua's government says it will release hundreds of opposition protesters who have been detained in the months since anti-government protests began a year ago.

Mediators made the announcement Wednesday in Managua

The government of President Daniel Ortega made the promise in order to restart talks with the opposition that had been stalled since security forces made more detentions over the weekend.

Luis Ángel Rosadilla, a special envoy to Nicaragua from the Organization of American States, told reporters that Ortega's government was released within 90 days "all the people detained and imprisoned in the context" of the protests.

Reports put the total number of people who have been detained in the year since last April's protests began at more than 700, while at least 325 people have been killed and injured in government crackdowns on protesters.

Ortega's government is in turn asking that and European Union sanctions on the country be lifted, according to the BBC

Opposition activists and Ortega's government started talking at the end of February for the first time since the summer of 2018. [19659008] But after security forces broke up protests over the weekend and detained more than 100 people, the opposition group Civic Alliance halted talks Monday, saying "dialogue must produce results."

As NPR's Carrie Kahn reported last month, Nicaragua's economy is suffering with high unemployment and foreign investors pulling out of the country.

Ortega has been in office since 2007 and led the country previously in the 1980s. He has rejected the opposition's call to go up elections, saying he will serve his full current term until 2021.

After Ortega expelled international human rights observers in December, the OAS said the government was moving further into the terrain of authoritarianism. "