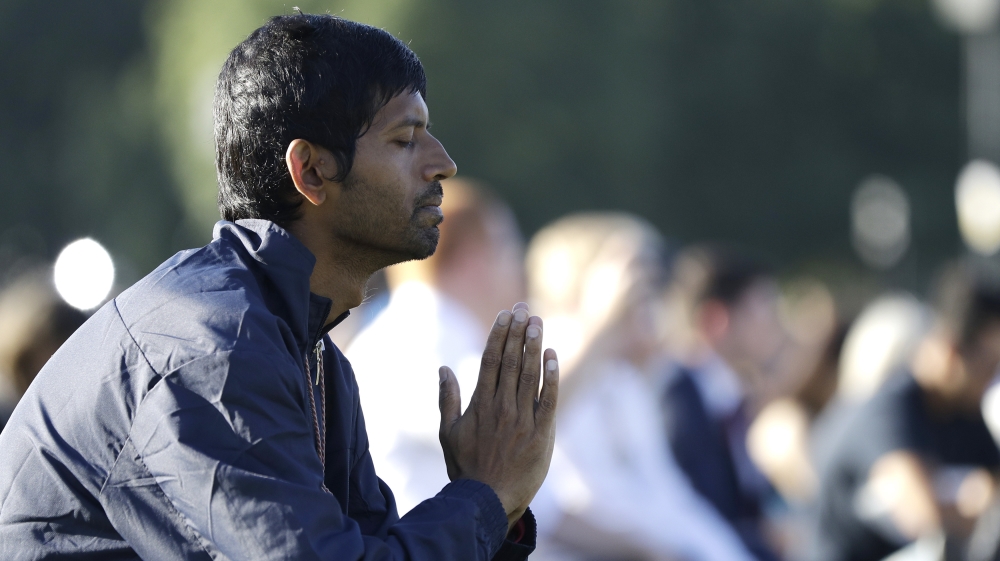 Christchurch, New Zealand – Thousands of New Zealanders have attended a mass vigil in Christchurch to the 50 Muslims killed in an attack on two mosques.

Saturday's ceremony was the latest in a series of remembrance events and in [nMembersoftheMuslim and indigenous Maori communities were among the participants.

The names of the 50 tippers killed were then read out, beginning with the youngest ̵

"These people came here as refugees and migrants," a Maori speaker said.

"May your spirits go to the top of Aoraki … and look down on us and give us peace and love,

More than 40 victims have been buried in Christchurch's New Park Cemetery.

Mustafa Boztas, a 21-year-old survivor of the shooting at Al Noor, said remembrance events show that "New Zealand cares" about its Muslim minority, which accounts for over one percent of the country's nearly five million people.

On Friday, Ardern and 20,000 others attended a Muslim prayer ceremony in Hagley Park, near Al Noor mosque.

Ardern, who has been praised for showing empathy and understanding to the Muslim community, wore a headscarf during

Before Friday's ceremony, a nationwide two-minute silence was a hero. The call to prayer was broadcast on national television and radio stations.

"This shooting has united us together, as one," Boztas, who is wheelchair-bound after being shot in his play, Al Jazeera told from the front row of Saturday's vigil. "It takes time to recover … [but] I'm glad to be here."

About 50 people were injured in the attack, 24 of whom are still being treated in a Christchurch hospital. Four people remain in critical condition

A four-year-old girl is being treated in Auckland. Her condition has been described as "critical but stable" by local media.

"The world is watching what we do next"

Glenda Joy, whose Muslim partner lost several friends in the massacre, said life would never be normal again for people directly affected by the shootings.

"The shock for him is off and now he is just very quiet, he's trying to process it and that is going to take a long time," said Joy, one of several women who wore a headscarf in solidarity. [19659005] New Zealand needed greater education about Islam, she said as she called on people to address "everyday racism" against minorities.

In the wake of the attack, experts have said Muslims face discrimination in New Zealand and Australia, where 28-year-old suspect Brenton Tarrant was born.

Activists, academics and Muslim leaders have described how the community is validated in the media, and cited a lack of knowledge about the faith and its associated customs.

Other non-white communities, including the indigenous Maori minority, are also discriminated.

"The world has watched in wonder how we have all responded," he said.

"The world needs," he added, "adding the Maori name for New Zealand."

An official national remembrance service would be hero on March 29, Ardern has said.

Muslim leaders and the prime minister have rallied against racism and Islamophobia in New Zealand and the rest of the world.

Al Noor mosque i with Gamal Fouda, who survived the March 15 attack, customs attendees at Friday's ceremony in Christchurch that "Islam ophobia kills "and the mosque shootings did not" come overnight ".

"It [the attack] was the result of the anti-Islamic and anti-Muslim rhetoric of some political leaders, media agencies and others," Fouda said.

"Last week's event is proof and evidence to the entire world that terrorism has no color, has no race, and has no religion, "he added.

Tarrant, who describes himself as a white supremacist, is expected to appear in court on April 5.

He was charged with one count of murder during an earlier hearing, on March 16, though police later admitted that the person in question had been wrongly declared dead.

He is expected to face more charges of murder during next month's hearing, in which he is set to represent himself.