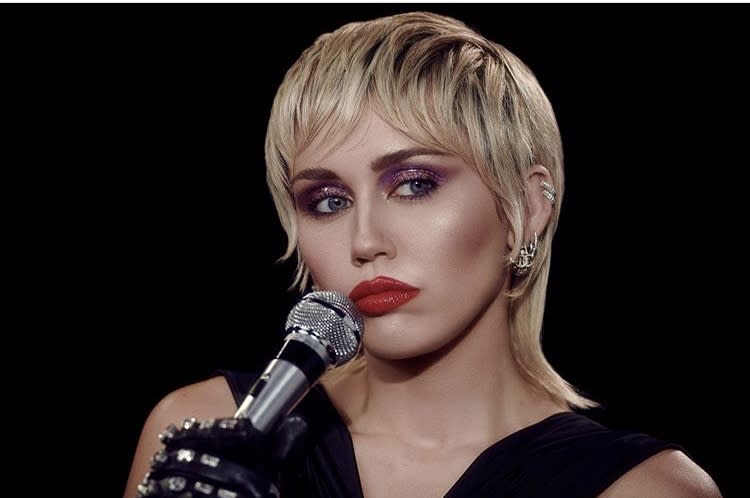 A few hours before Cyrus’ Midnight Sky single and its glittering video dropped Thursday night, news broke of the Cyrus / Simpson split. The pop star, 27, and the Australian singer / actor / model, 23, had only been romantically linked back in October 2019, two months after Cyrus’ separation from her husband Liam Hemsworth. The couple seemed close and even got coordinating tattoos, and earlier this month Simpson had declared, “in love with my best friend” in his Instagram stories, referring to Cyrus.

In an Instagram Live chat with fans leading up to Thursday’s “Midnight Sky” premiere, Cyrus confirmed the collapse rumors, saying: “For right now, two halves can not make a whole, and we are working individually on ourselves to become the people that we want to be. “Despite the feistiness of the ‘Midnight Sky’ choir, she made it clear that there is absolutely no bad blood between her and Simpson. “Don’t make it a drama story if we’re hanging out or picking up pizza next week,” she said. “We have been friends for 10 years and we will continue to be friends. So just do not make it something that it is not. ”

It’s unlikely that “Midnight Sky” is all about Simpson. One section certainly seems to refer to Cyrus’ decades of relationship with Hemsworth as she sings, “The Lotta years went with my hands tied in your ropes / Forever and always, no more.” Another line seems to be about Cyrus’ short 2019 fling with reality star Kaitlynn Carter: “See my lips on her mouth / Everyone’s talking now, honey.” A press release states that “Midnight Sky” was “inspired by the past year of [Cyrus’s] life, ”and that the self-directed video“ leads viewers through Miley’s creative vision, showing her complete control over the narrative often told through the mouths of the media. Miley is at peace with who she is and has nothing to prove. “