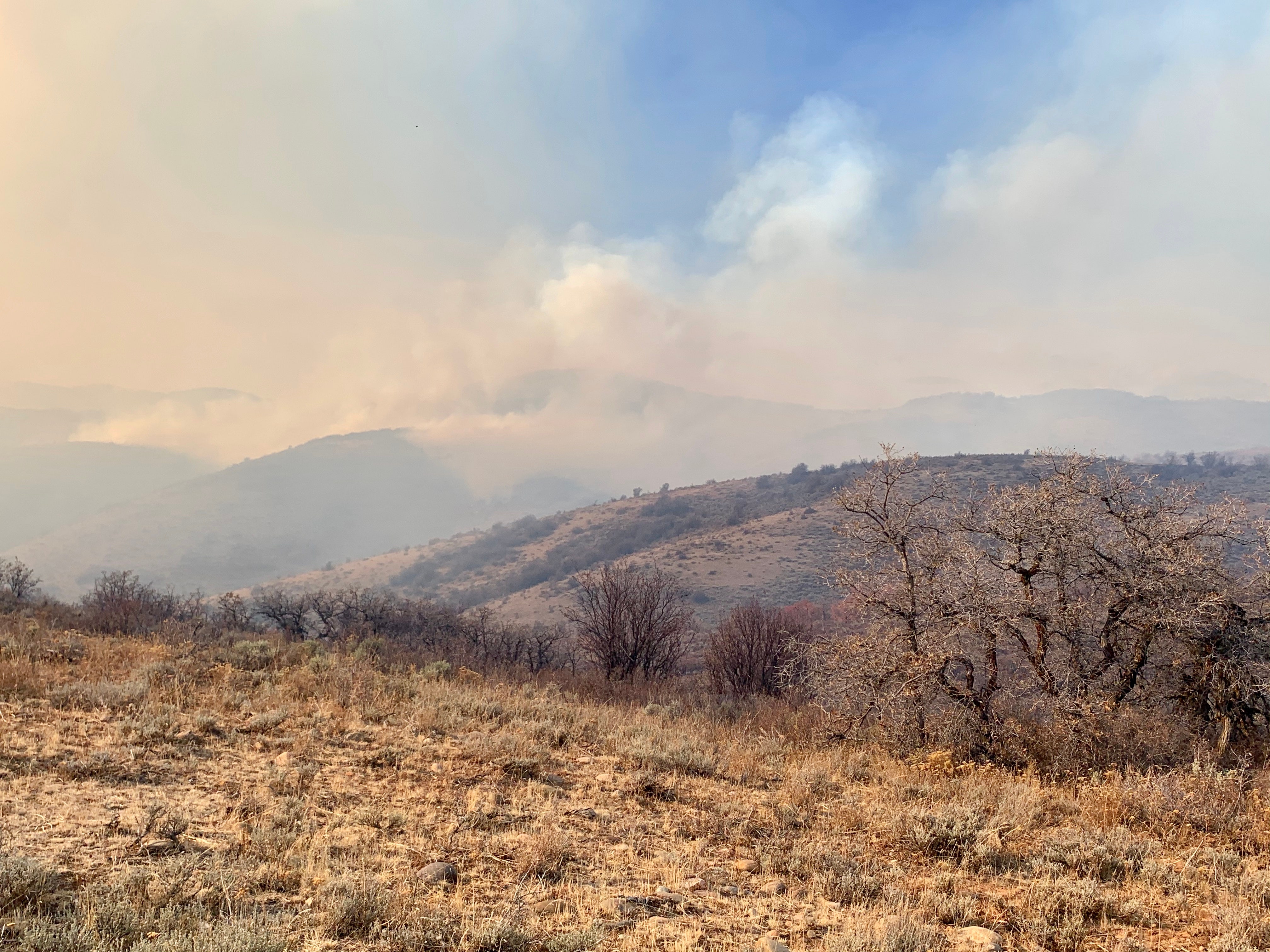 Authorities have ordered evacuations in Colorado and Utah as new fires burn across the states.

Range Fire and Fire Canyon Fire have already burned through thousands of acres in less than a day in Utah, with the cause of both fires still under investigation.

The Fire Canyon fire is believed to be caused by humans, according to Utah authorities.

Range Fire has burned approx. 1,500 hectares and is so far 0% contained, but authorities warned that homeowners may return to their homes sometime Sunday.

The Boulder Office of Emergency Management said nearly 900 homes have already been evacuated.

“It’s still too dynamic to get in and even start assessing where these homes may have been damaged or lost,” said Mike Wagner, a member of the Boulder County Sheriff’s Office.

No deaths or injuries have been reported and a cause of the CalWood fire has not yet been determined, authorities said.

New forest fires continue to spread across parts of the western United States and spread rapidly to consume thousands of acres in a day.

Residents of the Crown King near Prescott National Forest were evacuated from the area over the weekend when the fire raged nearby. Authorities fear the fire will damage the necessary communications structures, making it even more difficult to fight and contain the fire.

Experiences from the 2000 election