New fabric cools passively, no matter what it covers – including you 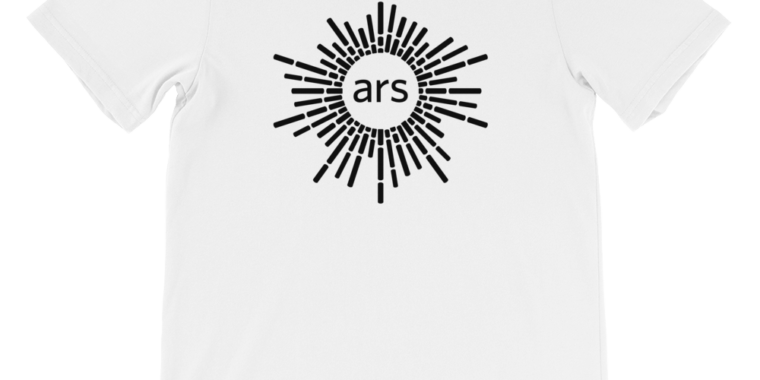 Rising temperatures around the world risk creating a dangerous cycle where more people get air conditioning, which causes the energy demand to increase and leads to higher carbon emissions, which causes the temperature to rise even more. Renewable power is an opportunity to break that cycle, but people have also studied materials that enable what is called passive cooling. Without using energy, these materials take heat from what they cover and radiate it into space.

Most of these efforts have focused on building materials for the purpose of creating roofs that can keep buildings a few degrees cooler than the surrounding air. But now a team based in China has taken the same principles and applied them to fabric, creating a vest that keeps users about 3 ° C cooler than they otherwise would be.

When something is out in the sunlight, it will absorb some of these photons, which are converted into heat. This heat can then be radiated back in infrared wavelengths. The problem is that this does not actually cool things down much. Lots of gases in the atmosphere immediately absorb the infrared light and capture the energy as heat in the immediate vicinity of the object. If the object is a person, there is the extra question of heat generated by their metabolism, which also radiates away into the infrared at the same time.

The secret behind passive cooling is the existence of what is called the atmospheric window. This is an area of ​​the infrared spectrum that none of the gases found in our atmosphere can absorb. Photons in this area of ​​the spectrum are likely to find their way into space, effectively allowing the heat to escape permanently.

A passive cooling material is designed to reflect most of the incoming light, which keeps roaming photons in heating the object it covers. At the same time, the material absorbs some heat when in contact with what it covers ̵

1; either directly or via the intermediate air. But the material is designed so that this heat is radiated in the middle of infrared, so that the photons can escape through the atmospheric window.

No materials do all this alone. But with our growing ability to structure multiple materials on a small scale, it is possible to find combinations of materials that do the trick. The result is a cover that cools things without requiring any energy beyond what is needed for fabrication and installation.

Clothing obviously adds a few complications to this task. They need to be flexible and washable to begin with. And if the goal is to keep someone cool, they need to deal with the body’s built-in cooling system: sweat.

To make the clothes reflective, the researchers used a titanium dioxide powder that is highly reflective and often used to make things like paint white. It is clear that a powder alone would not give good clothes. However, the researchers took titanium dioxide nanoparticles and embedded them in polymer fibers, choosing the size of the particles based on computer modeling to maximize reflection.

The polymer used, polylactic acid, is emitted in the middle of infrared, which is exactly what is needed to send photons into space via the atmospheric window. The researchers also proudly announce that the polymer is biodegradable, although I would like to see some long-term data on how well it works after a few years of spending time brushing up against the bacterial population in human skin.

This material is woven so that there are pores large enough for air exchange. It is then coated with a thin layer of another polymer, polytetrafluoroethylene. It serves two purposes. The polymer reflects UV light efficiently and handles some wavelengths that titanium dioxide does not. It is also hydrophobic, which means it will repel water. Combine it with a carefully selected pore size and it provides breathability while keeping things waterproof.

This last feature deals with the sweating problem. When sweat evaporates from our skin, it enters the vapor phase so that it can pass through the pores of the material. It works even though the substance rejects liquid water due to its hydrophobic nature.

The researchers did their best to put their wonder substance through a whole series of tests and demonstrations. They showed that the breathable / waterproof combination worked by using the fabric to seal the bottom of a container with water and then pumping air through it. (Strangely, the picture of this in the paper shows that they put fish in the water for … I’m not quite sure what.) The substance also reflected well over 90 percent of incoming sunlight.

They also made a large roll of the fabric and showed that you could do the things you would normally expect to do with the clothes, including embroidering it with patterns and sending it through the washing machine.

And critically, the researchers showed that the substance controlled the heat as expected. They placed a variety of fabrics over a copper plate and stuck them in direct sunlight. To make this test reflect normal drug use, they also injected the amount of heat normally dissipated by the human body (somewhat disturbingly, they called this a “skin simulator”). The plate ended up with 5 ° C cooler than cotton and almost 7 ° C cooler than spandex.

As their final test, the researchers made a vest that was half-covered with this fabric, put it on one of their students, and put the student out in the sun. By recording the person’s temperature with an infrared camera, they found that the half covered by their structured material was typically about 3 ° C cooler than the one that was not.

This material has some obvious limitations, especially that staining it would immediately remove much of its function. But as someone who suffers badly in the summer heat, I would be more than happy to accept a “you can have any color you want as long as it is white” for my shirt if it would keep me one few degrees cooler. So here we hope there are not too many barriers to commercialization on this one.