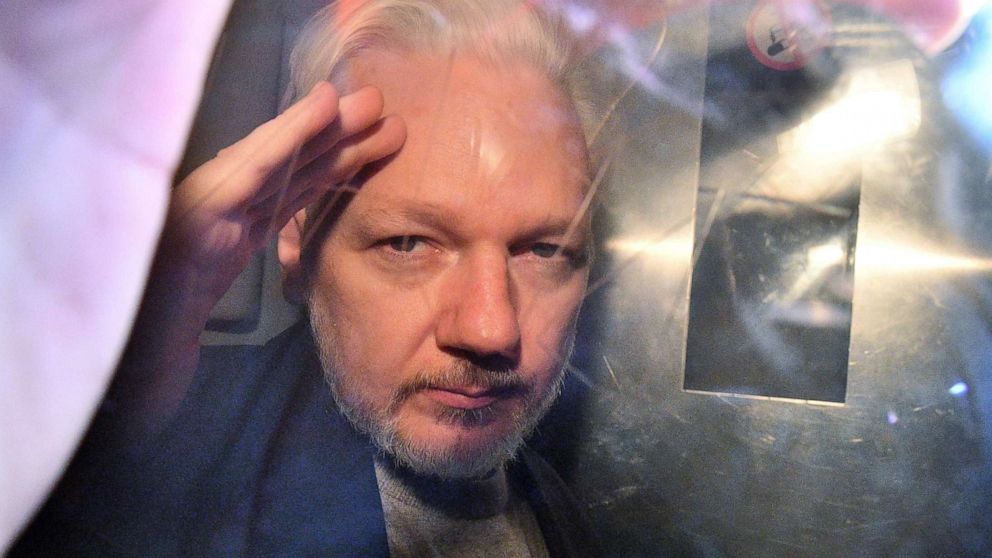 Julian Assange has always been a lightning rod for controversy, but recent charges against him have journalistic watchdog groups crying wrong.

Add WikiLeaks as an interest to keep you updated on the latest WikiLeaks news, video and analysis from ABC News.

Assange, the founder of Wikileaks, was charged by the United States authorities on Thursday to violate the espionage law. Now there is a debate about whether prosecutors can claim the same about journalists who publish stories of state secrets.

The Ministry of Justice defends its charges against Assange. According to Assistant Attorney General John Demers, "Julian Assange is no journalist" and "The Department seriously takes on journalists and our democracy, and we support it."
However, journalistic groups do not seem to agree. Bruce Brown, the chief executive of the Reporters Committee on Freedom of the Press, issued a statement and argued that the charges could also be applied to journalists.

"Any government's use of the espionage law to criminalize the receipt and disclosure of classified information constitutes a serious threat to journalists seeking to publish such public interest information, regardless of the Ministry of Justice's assertion that Assange is not a journalist" Brown stated in a statement.

Suzanne Nossel, managing director of non-profit PEN America, describing himself as a group defending and protecting free expression, is called accusation "unprecedented" and has "serious consequences for a free press."

"Whether Assange is a journalist or WikiLeaks qualifies as a press release is immaterial to the figures given here," Nossel said in a statement.

"Accusation includes a range of activities – including encouraging sources, verbally and in writing, to leak information and receive and publish such information – that the media's expiry routinely assumes in its role of accounting the government," she said.

Ben Wizner of the American Civil Liberties Union said the charges were "extraordinary".

"For the first time in our country's history, the government has brought criminal charges against a publisher for the disclosure of truthful information," said Wizner, director of the ACLU's speech, privacy and technology project, in a statement.

"This is an extraordinary escalation of the Trump administration's attack on journalism and a direct attack on the first amendment," Wizner said. "It establishes a dangerous precedent that can be used to target all news organizations that hold the government accountable by publishing its secrets. And it is just as dangerous for US journalists who uncover other nations. If the US can prosecute a foreign publisher for violating our secrecy laws, there is nothing to prevent China or Russia from doing the same. "

Edward Snowden, the former NSA entrepreneur who leaked classified information and also faces charges under the espionage law, weighed in on Twitter and suggests that the charge against Assange was a declaration of war.

"The Ministry of Justice recently declared war – not on WikiLeaks, but on journalism itself. It's no more about Julian Assange: This case will determine the future of the media," Snowden said in a tweet.

The Justice Department only declared war – € "not on Wikileaks, but also on journalism. It's no more about Julian Assange: This case will decide the future of the media. Https://t.co/a5WHmTCDpg