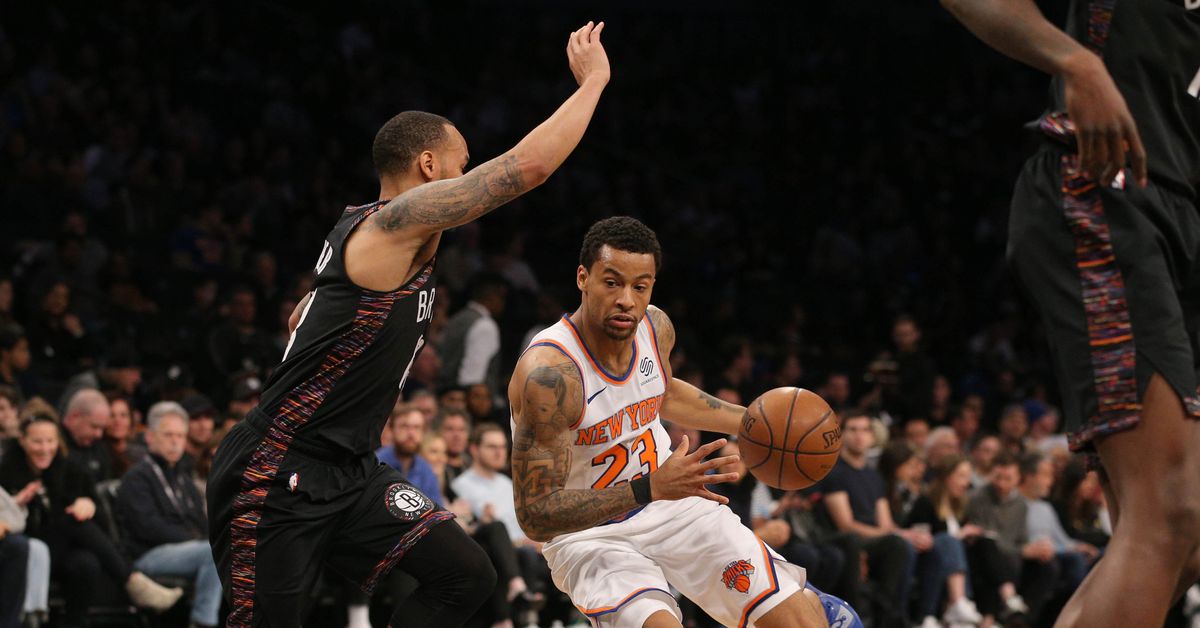 If you love headaches, this was the game for you. The Knicks came out with 37 points in the first quarter. About the next two quarters Brooklyn steadily wrested control. First they grabbed the tool, then they punctured the heart. In the fourth quarter, with the Knicks leaking profusely, the Nets drank the blood.

It was really fun in the early going, Jarrett Allen refused to guard Noah Vonleh. So the S'Noah plow lit his ass up.

When Vonleh was picking them off from deep, he rumbled, turned and twisted his way to the interior. He even got his career high with 22 points. Lord is breaking his previous high of 1

6. Of course, it wasn't all puppies and ice cream, obviously. The frustration started with Frank Ntilikina's foul trouble and it ended with every single second Trey Burke was on the court. When Frank is playing, the ball moves on offense, it shifts the defense and the knicks can get cooking.

Then the defensive side of the ball, where, well …

His defense turns into offense.

Time and time again. When Ntilikina is surrounded by other good defenders, the Knicks are an intimidating bunch. The combo of Ntilikina and Mitchell Robinson flashes your pick and roll is terrifying. If you try to get them stationed on the weak side it doesn't even matter, because this type of stuff happens:

If you manage to force a switch it doesn't matter because this type of stuff happens: