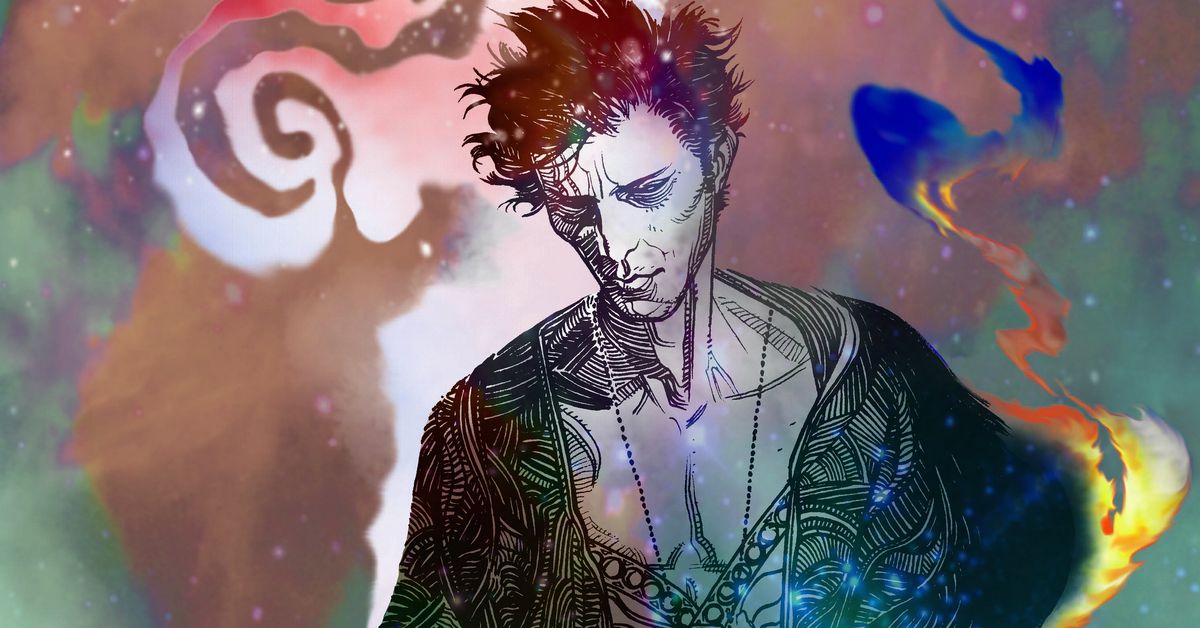 Another Neil Gaiman property is being adapted for the small screen. The Hollywood Reporter says that Netflix is ​​closing in on a deal with Warner Bros. to the author's acclaimed comic series Sandman into a live-action TV show, in what is described as "the most expensive TV series that DC entertainment has ever done."

Wonder Woman Screenwriter Allan Heinberg will act as writer, producer, and showrunner for the series, with Neil Gaiman and David Goyer acting as executive producers. THR notes that a final deal has not been finalized, and yet indicates that the project is headed for a straight-to-series pickup. Sources the publication that Warner Bros. (which has the rights to the show), opted to sell the series to another outlet in order to bring revenue, rather than to bring it to its forthcoming streaming service.

989 and 1996, with several additional series coming in 2009 and between 2013 and 2015. The series follows Morpheus (also known as Dream), the personification of dreams, who had been imprisoned by occultists in 1906 and eventually escaped decades later in the 1980s. Now free, he works to exact revenge on his captors, adapt to the new world that he finds himself in, and rebuild his kingdom. The comics have earned considerable critical acclaim since their publication.
Hollywood has worked for decades to try and produce and adaptation

The comics have been in the Hollywood pipeline for decades. Roger Avary was attached to one version years ago, while HBO and Warner Bros. had entertained the notion of their own adaptations over the years. The latest attempt started in 2013 when Inception actor Joseph Gordon-Levitt worked to get a film series up and running with New Line Cinemas. However, that effort fizzled out a couple of years later on creative differences – ironically, because he realized that the story would be best served as a TV series, rather than a trilogy or feature films.

Gaiman's works have been picked up for adaptation frequently in recent years. American Gods next year, while Amazon Prime Video just released its adaptation of Good Omens a novel that he wrote with the late Terry Pratchett. Interestingly, the recent television series Lucifer is based on the character that appears in Sandman (and later his own comic series), which Netflix picked up for a fourth and fifth season after it was canceled by Fox last year. While they share source material, it seems unlikely that they will connect, given that the series was only loosely based on the original comics.

Netflix's pickup comes as the streaming service works to build its own or original programming as competitors like Apple, Disney, NBCUniversal, and Warner Bros. jump into the streaming service market with their own platforms and slates of original shows based on well-known genre properties like Dune Foundation and The Lord of the Rings .