NBA spoke with Raptors about Drake during ECF 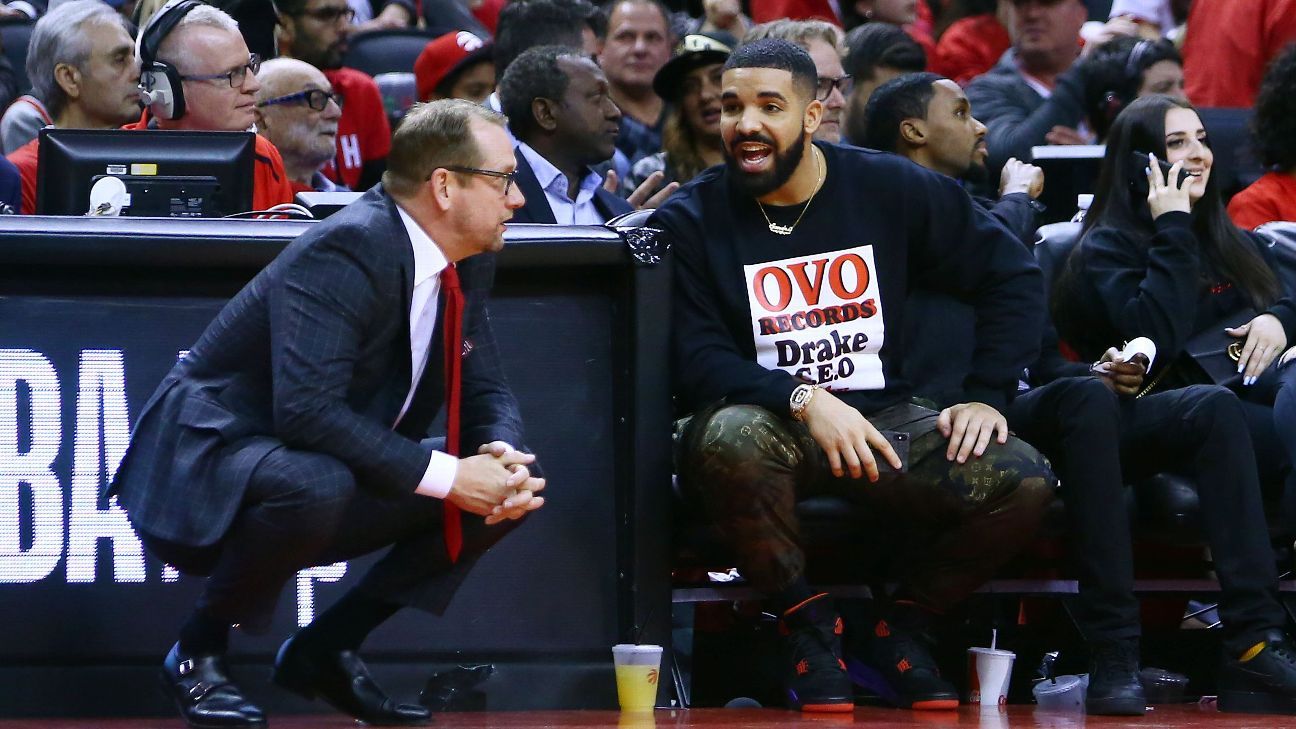 The NBA spoke to the Toronto Raptors during the Eastern Conference finals about Drake's activity and presence on the sideline, a spokesman's duty to ESPN.

Raptors, after a confrontation with then-Cavaliers center Kendrick Perkins during a playoff series between Toronto and Cleveland.