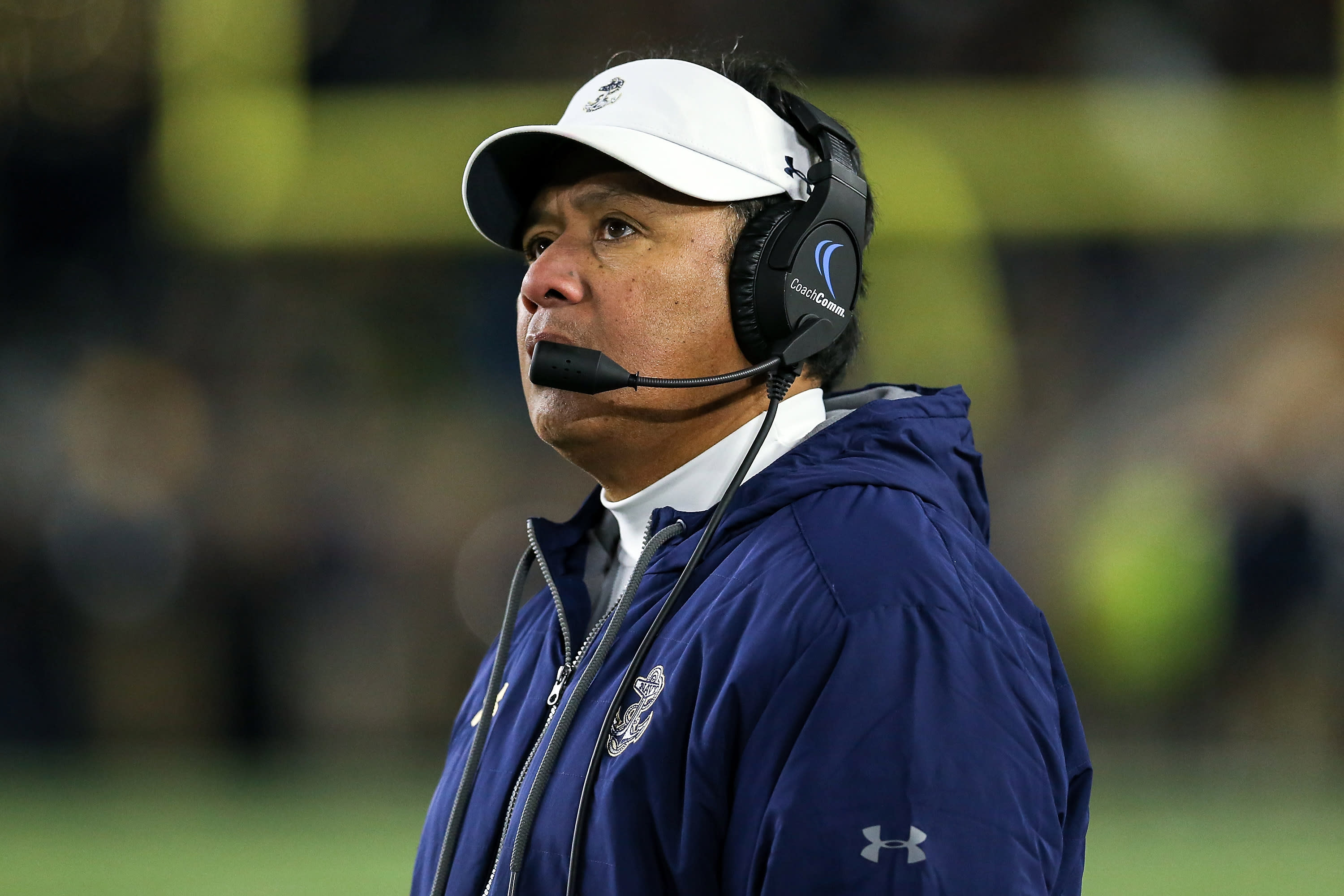 The Commander-in-Chief’s Trophy series is moving forward this season amid the COVID-19 pandemic and a strange landscape across the college football world, and Navy coach Ken Niumatalolo does not understand why.

People in the Pentagon have pushed the series through despite conflict planning and other pandemic-related issues, Niumatalolo said, though they “have no idea what’s going on with the programs.”

The Commander-in-Chief’s Trophy is awarded each season to the winner of games between the three service academy schools: Army, Navy and Air Force.

The Navy is playing an 11-game schedule this fall. The Army has a schedule of 12 games, but had to switch and encrypt after much of it was canceled due to coronavirus. However, the Air Force had its season completely canceled after the Mountain West Conference suspended the game in the fall.

‘I do not think those people care’

Niumatalolo was critical of the series last month, saying he spoke to Navy athletic director Chet Gladchuk about it.

According to Niumatalolo, Gladchuk said it was not his up to him.

“Chet and I were talking, but this is over us,” he said via the Capital Gazette. “These are the guys in the Pentagon who make decisions.

“I have no idea where they get their data from. They did not get it from me, so they get no football data. Like I said, no one asked me. ”

Niumatalolo repeatedly blew the Pentagon wide, but did not specify who made the decisions – something that is still unclear.

In his mind, however, the decision to play must be up to coaches, athletic instructors, and others directly involved in the programs.

“For me, the guys who make decisions have never played football in their lives. They do not know what physical football is like. We do not play croquet or anything. Football is a hard, physical game, ”Niumatalolo told the Capital Gazette. “People made decisions about this that have no idea what they are doing or talking about with sports. They made this a military deal. It’s not a military deal. ”

‘I’m sure I’m going to be reprimanded’

One of Niumatalolo’s biggest concerns about the situation is that the Air Force is only playing two games this season compared to the Navy and Army’s full or almost full-time plans – which he does not think is fair.

“Where else in the country would you play for something of value and everyone’s schedules are not the same?” Niumatalolo asked rhetorically via the Capital Gazette. “This is the No. 1 thing we fight for every year – the Commander-in-Chief Trophy. We play a full schedule. Did you get Air Force only two games? I do not think those people care. ”

Niumatalolo is in his 14th season with the Navy, where he has collected an 98-61 overall record and reached a bowl match in all but two seasons. The Midshipmen suffered a blowout loss to BYU, 55-3 in their season opener.

While he was honest about his feelings towards the annual service academy series, the 55-year-old knows he will definitely be punished for speaking so sincerely on Monday.