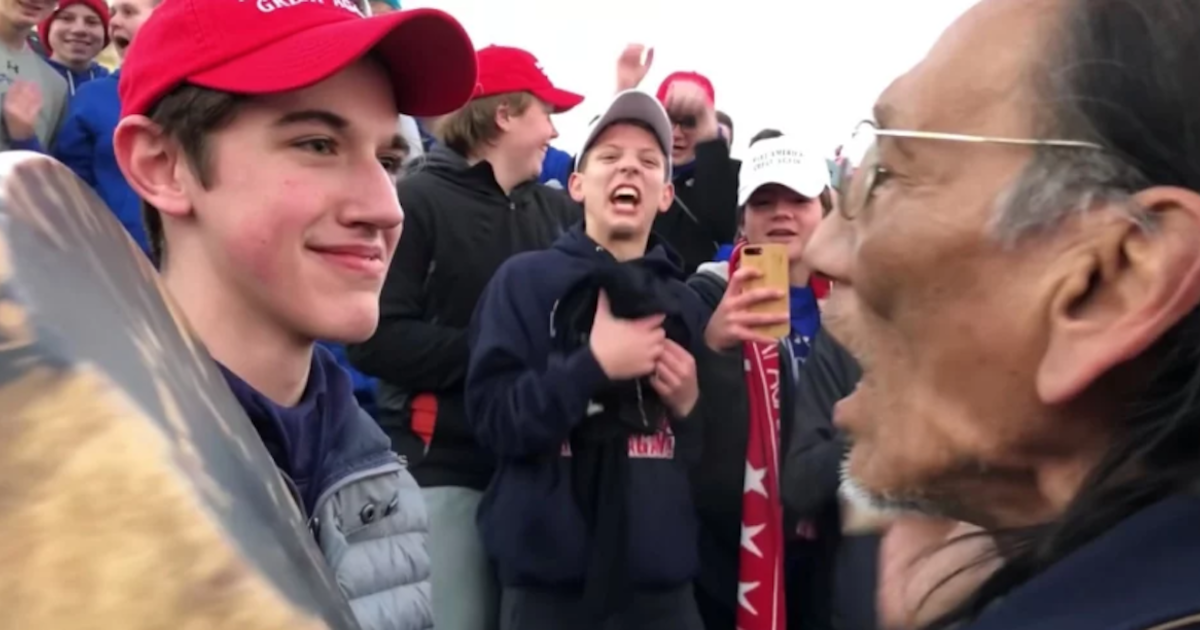 Nathan Phillips, a Native American veteran, is speaking out after video of an apparent standoff with high school students going viral over the weekend. The National Mall in Washington, D.C., was the site for two competing demonstrations Friday: the March for Life and the Indigenous People's rally. Someone of the students " Make America Great Again" "Hats and one was standing inches away from Phillips as he sang and played his drum.

Nick Sandmann, a junior at Covington Catholic High School, said the four protesters began "hateful things" at him and his classmates. He said the students started chanting school spirit chants, with their chaperones' permission, to counter the slurs being yelled at them.

"The chants are commonly used at sporting events. They are all positive in nature and sound like what you would hear at any high school, "Sandmann said in a statement, adding at no point did he hear any students chanting" build that wall "or anything" hateful. "

Sandmann said he didn't speak to Phillips, nor did anyone block his path. He admitted he was confused as to why Phillips approached him. He said he was "startled and confused" as to why he had approached him after they were yelled at by the other protesters. Sandmann also thanked Phillips for his service and said he was "grateful to anyone who was able to defend our nation."

Beginned asked Phillips if he thinks Sandmann should be punished.

" I wouldn't want to see nothing happen to him, I don't wake up trying to get out to hurt anyone, ever.Wake up in the morning, say my prayers.What can I do to make a better world? "Phillips added. "I think the one who should be punished are the supervisors. The ones who brought them to Washington, DC, to allow those youth to keep that way." He added, "There should have been an adult there, responsible to tell them, this is the wrong behavior. How did it come to be there to stand between youth and Americans who were exercising their right to freedom of speech? Freedom of religion. "

The Diocese of Covington and Covington Catholic High School said it would be investigated and they would "take appropriate action, up to and including expulsion."

"If you were to look him in the face again, what would you tell him?" Beganud asked Phillips.

"To live a good life and treat people with respect and treat himself with respect. To forgive himself, you know. To forgive others. Treat each other, treat others the way he wanted to be treated," Phillips said