NASA’s first weather report from the Jezero Crater on Mars 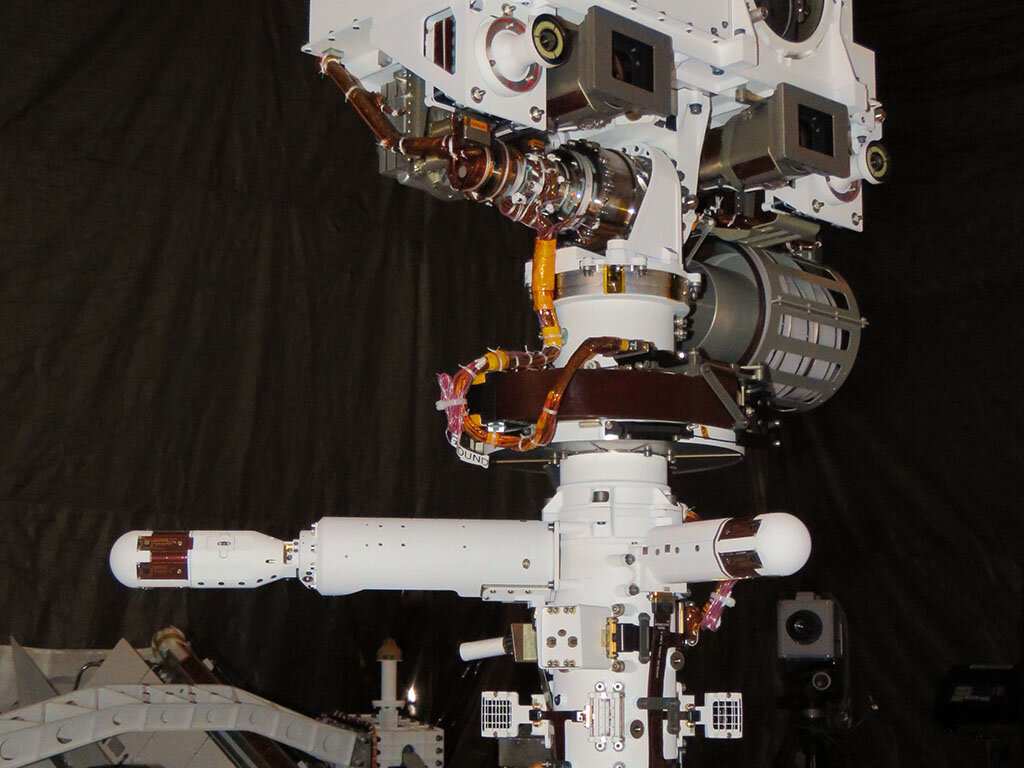 The weather often plays a role in our daily plans. You can put on a light jacket when the forecast calls for a cool breeze or delay your travel plans due to an impending storm. NASA engineers also use weather data to inform their plans, which is why they analyze the conditions millions of miles away on Mars.

The Mars Environmental Dynamics Analyzer (MEDA) system aboard NASA’s Perseverance Rover was first turned on for 30 minutes on February 19, about a day after the rover touched the red planet. Around. 20:25 PST same day, engineers received initial data from MEDA.

“After a nail-biting entry descent and landing phase, our MEDA team eagerly awaited the first data that would confirm that our instrument landed safely,” said Jose Antonio Rodriguez-Manfredi, MEDA lead researcher with the Centro de Astrobiología (CAB) at the Instituto. Nacional de Tecnica Aeroespacial i Madrid. “These were moments of great intensity and excitement. Finally, after many years of work and planning, we received the first data report from MEDA. Our system was alive and sent its first meteorological data and images from SkyCam.”

MEDA weighs approx. 5 kg and contains a number of environmental sensors that register dust levels and six atmospheric conditions – wind (both speed and direction), pressure, relative humidity, air temperature, soil temperature and radiation (from both Sun and space). The system wakes up every hour, and after recording and storing data, it goes into hibernation independent of rover operations. The system registers data, whether the rover is awake or not, both day and night.

When engineers received MEDA’s first data points on Earth, the team compiled its first weather report from the Jezero crater on Mars.

MEDA’s radiation and dust sensor showed that the Jezero experienced a cleaner atmosphere than the Gale Crater around the same time, approximately 2,300 miles (3,700 km) away, according to reports from Rover Environmental Monitoring Station (REMS) aboard the Curiosity Rover stationed inside Gale. And MEDA’s pressure sensors told engineers that the pressure on Mars was 718 Pascal, well within the 705-735 Pascal range that their models predicted for that time on Mars.

Superstructure of the atmospheric hole

Thanks to telescopes here on Earth and spacecraft orbiting Mars, scientists have a good understanding of the red planet’s climate and even some insight into the size of dust storms through a single Mars year (two Earth years). However, predicting dust lifting and transportation, or how small storms develop into large ones that surround the entire planet, will benefit future science and exploration missions.

Over the next year, MEDA will provide valuable information on temperature cycles, heat flows, dust cycles and how dust particles interact with light and ultimately affect both temperature and weather. Equally important will be MEDA’s readings of solar radiation intensity, cloud formations and local winds that can inform the design of the planned Mars Sample Return mission. In addition, the measurements will help engineers better understand how to prepare humans and habitats to deal with the conditions on Mars.

REMS aboard the Curiosity Rover currently provides similar daily weather and atmospheric data. MEDA, conceived through an international collaboration, is based on REMS ‘autonomous weather station setup and has a few upgrades. The system was provided by Spain and developed by CAB with contributions from the Finnish Meteorological Institute. The US contribution was funded by the Game Changing Development program within NASA’s Space Technology Mission Directorate.

MEDA boasts higher overall durability and additional temperature readings, and MEDA can record temperature at three atmospheric altitudes: 2.76 feet (0.84 meters), 4.76 feet (1.45 meters) and 98.43 feet (30 meters) ) in addition to the surface temperature. The system uses sensors on the rover’s body and mast and an infrared sensor capable of measuring temperature almost 100 feet above the rover. MEDA also records the near-surface radiation budget, which will help prepare for future human exploration missions on Mars.

With MEDA’s weather reports, engineers now have atmospheric data from three different locations on the red planet – endurance, curiosity and NASA’s InSight lander, which hosts the temperature and wind sensors for InSight (TWINS). The trio will enable a deeper understanding of Mars’ weather patterns, events, and atmospheric turbulence that may affect planning for future missions. In the short term, MEDA’s information will help determine the best atmospheric conditions for the Ingenuity Mars Helicopter flights.

When Ingenuity achieved milestones before the flight, a MEDA report from the 43rd and 44th March or Sun of the mission (April 3-4 on Earth) showed a temperature high of minus 7.6 degrees Fahrenheit (minus 22 degrees Celsius) and low at minus 117.4 degrees Fahrenheit (minus 83 degrees Celsius) in the Jezero crater. MEDA also measured gusts of around 22 mph (10 meters per second).

“We are very excited to see MEDA work well,” said Manuel de la Torre Juárez, MDA’s Deputy Chief Research Officer at NASA’s Jet Propulsion Laboratory in Southern California. “MEDA’s reports will provide a better picture of the environment near the surface. Data from MEDA and other instrument experiments will reveal more pieces of the riddles on Mars and help prepare for human exploration. We hope its data will help make our design stronger and our missions safer. ”

Mars gets a new robot meteorologist