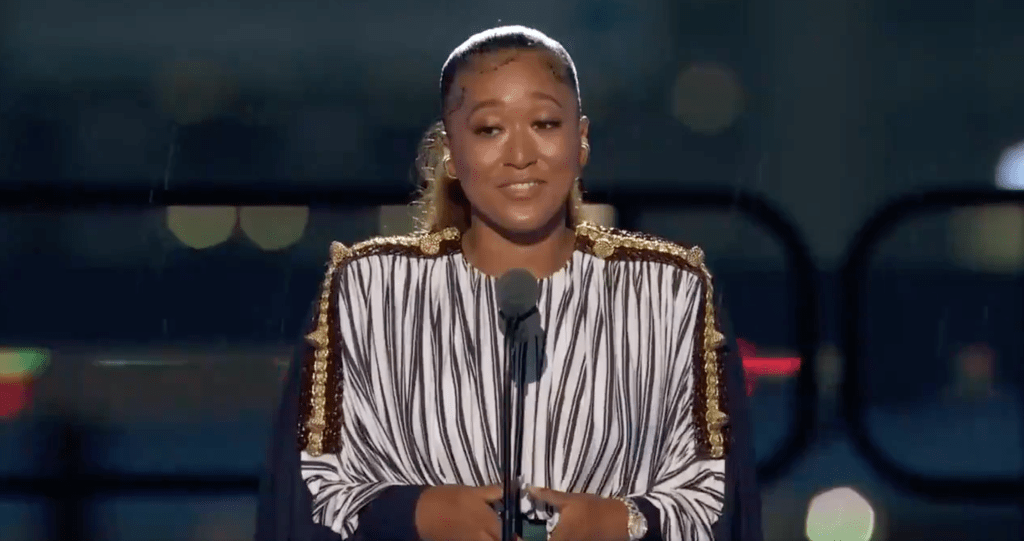 The world’s No. 2 female tennis player played her first public Saturday night after retiring from the French Open and Wimbledon. A thoughtful Naomi Osaka took the stage at the ESPYs to receive the award for ‘Best Athlete, Women’s Sports.’

Osaka, who has revealed that she suffers from social anxiety and depression, especially in public, gave a speech that lasted less than a minute. Her voice slightly suffocating led the four-time winner with honesty.

“I just really do not want to give a long speech because I’m a little nervous,” she said as support cries shouted among the audience.

After thanking ESPN and her fans, Osaka continued: “I know this year has been real ̵

1; it’s not even over – but it’s been really hard for many of us and for me I just want to say that I really love you. ”

She ended by blowing herself out a bit: “These are my first ESPYs, so it’s really cool to be surrounded by all these incredible athletes. I think all of you guys are really cool and I watch some of you on TV so it’s really surreal to be here. ”

… and she always gives the healthiest speeches 🥺 pic.twitter.com/XrorWcjVUz

Here is the list of ESPY winners so far: