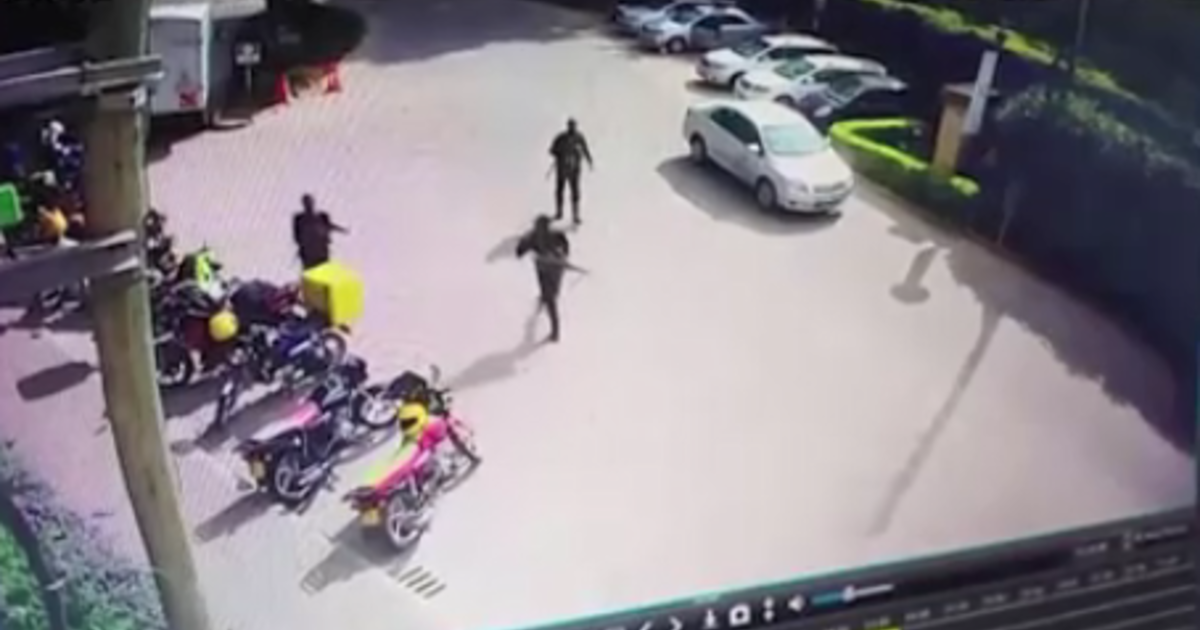 Johannesburg – Al-Shabab terrorists stormed a luxury hotel with bombs and weapons in Nairobi, Kenya, Tuesday. Some guests could escape, but at least 14 people were killed and many others were injured.

The US government department confirmed that a US citizen was among the killed, but did not release the victim's identity.

The attack began earlier in the afternoon when armed gunmen stormed the lavish hotel and office complex in the capital. The Kenyan police said an explosion ripped through the security barrier setting three cars ceased and then a suicide bomber blew himself into the hotel lobby.

As a firearm, the exclusive complex in Nairobi shook, scared office workers for their lives.

CCTV recordings captured the armed weaponists moving through the complex with military precision looking for victims. They then went from office to office to shoot at random.

In panic, people took cover where they could ̵

1; behind cars, in offices or in bathrooms. Robert Murire said it was chaos.

evacuated by a member of security forces on the scene where explosions and shots were heard on the Dusit Hotel composition, in Nairobi, Kenya, on January 15, 2019.

Security forces ran to the scene to help those who caught inside the building for safety. They were greeted by a scene from hell with blood, glass and bodies falling over chairs.

al-Shabab, who has ties to al-Qaeda, has assumed responsibility. It's not the first time they've hit the capital. Their 2013 Westgate Mall attack left at least 67 dead.

The Kenyan deployment of troops in Somalia, where al-Shabab is based, has resulted in frequent attacks against Nairobi and elsewhere in Kenya.