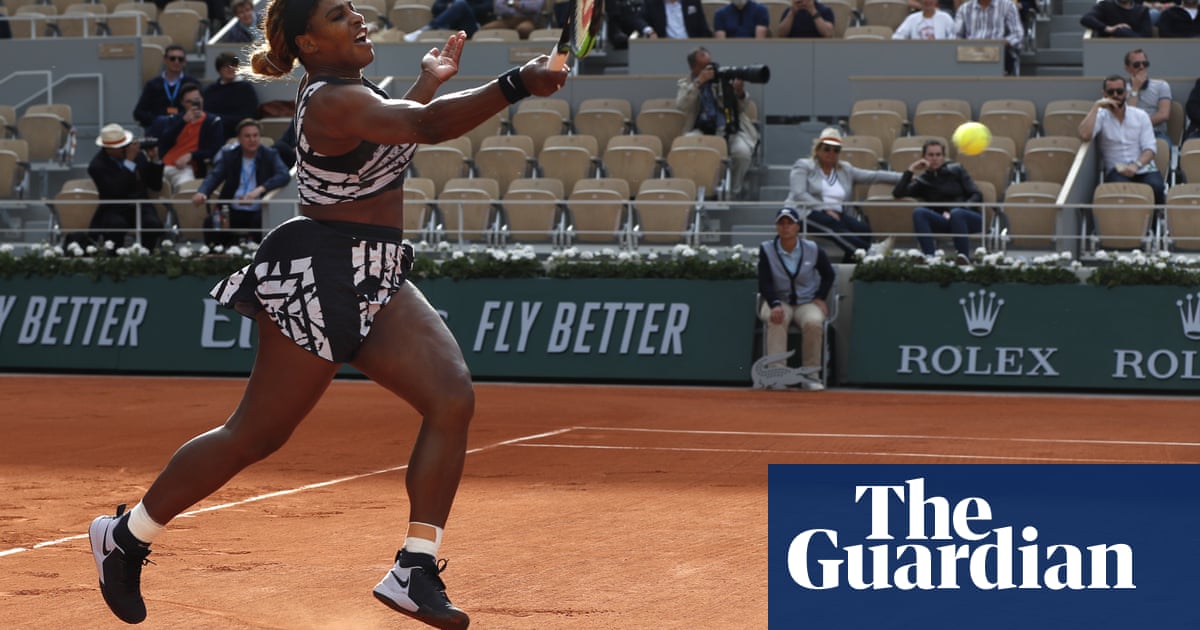 A year after Serena caused a stir at the French Open with her Black Panther catsuit, the American chose another bold outfit for her first-round match at the tournament.

The 23-time grand slam champion had earlier showcased here outfit – a gown printed with the words mother, champion, queen and goddess in french – 11 million followers on Instagram. She was a pared down version for her victory 2-6, 6-1

, 6-0 about Vitalia Diatchenko on Monday.

Williams 'outfit last year led the French Tennis Federation president, Bernard Giudicelli, to declare he would introduce a new dress code to regulate players' uniforms because "I think that sometimes we've gone too far". He added: "One must respect the game and the place"

Williams said the suit was practical as well as being a fashion statement. The American suffered life-threatening blood clots after giving birth to her daughter in 2017. "I had a lot of problems with my blood clots, and, God, I don't know how many I have had in the past 12 months. So it is definitely a little functionality to it, ”Williams said at the time.