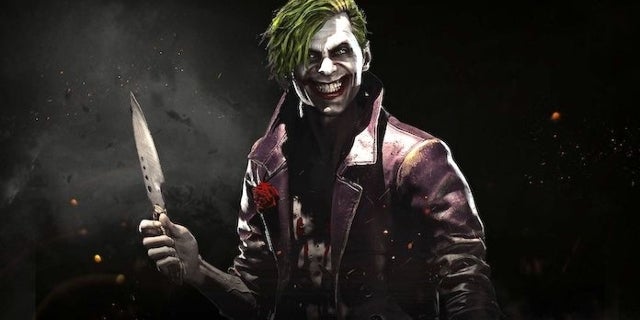 Looks like Joker is coming to Mortal Kombat 11 as a DLC character. As you may remember, before Mortal Kombat 11 released on PS4, Xbox One, PC, and Nintendo Switch, nine DLC characters leak. One of them we already knew about, Shang Tsung, but the other eight were brand-new. Included in this leak was Joker. Now, at the time, it was unclear how accurate the leak was. It was fetched from the game's files and had some pretty damaging evidence to back it up, but many took it with a grain of salt. Since then, developer NetherRealm Studios has announced three additional DLC characters – Spawn, Sindel, and Nightwolf – all of which were named in the leak. In other words, the leak is almost certainly legit.

That all said, recently, Mortal Kombat series creative director Ed Boon took to Twitter with some music lyrics. The first bit of lyrics seem to tease that Pennywise almost made the DLC cut, or possibly did the final cut. However, given that Pennywise is not in the leak, the form is probably the case. Besides, it would have been to have two clowns in the game between Pennywise and the clown-like Joker. Anyway, the other bit of lyrics seemingly tease the DC Comics villain.

Some people call me the Cowboy …

For those who don't know: "some people call me the [space] cowboy" are lyrics from a Steven Miller band song called The Joker. Now, it's unclear why Boon left out "space," but whatever the case, NetherRealm developers further chimed in and released the DC Comics character.

Now are we talking about a standard cowboy or a space cowboy? pic.twitter.com/fk0ad8JWma

If Joker weren't included in the leak, I'd probably pass this off as nothing more Than classic Boon trolling, which is to an extent it is, but knowing Joker is in the leak, I would say this is a pretty obvious tease.

The question is will Joker be added in the first Kombat Pack or the second? Given that it looks like Ash Williams and Terminator will be the last two fighters in Kombat Pack 1, I'm going to guess Joker will arrive in the second. Or maybe he won't arrive at all. I wouldn't bet my life on Joker being in the game, but my house? Maybe

Mortal Kombat 11 is available for PS4, Xbox One, PC, and Nintendo Switch. For more news, media and information on the game, click here

On today's episode, we talk about Adi Shankar's super dark Pokemon short film, a Pokemon GO oopsie and discuss if fans should be mad about the changes coming to Pokemon Sword & Shield! Make sure to subscribe now to never miss an episode!