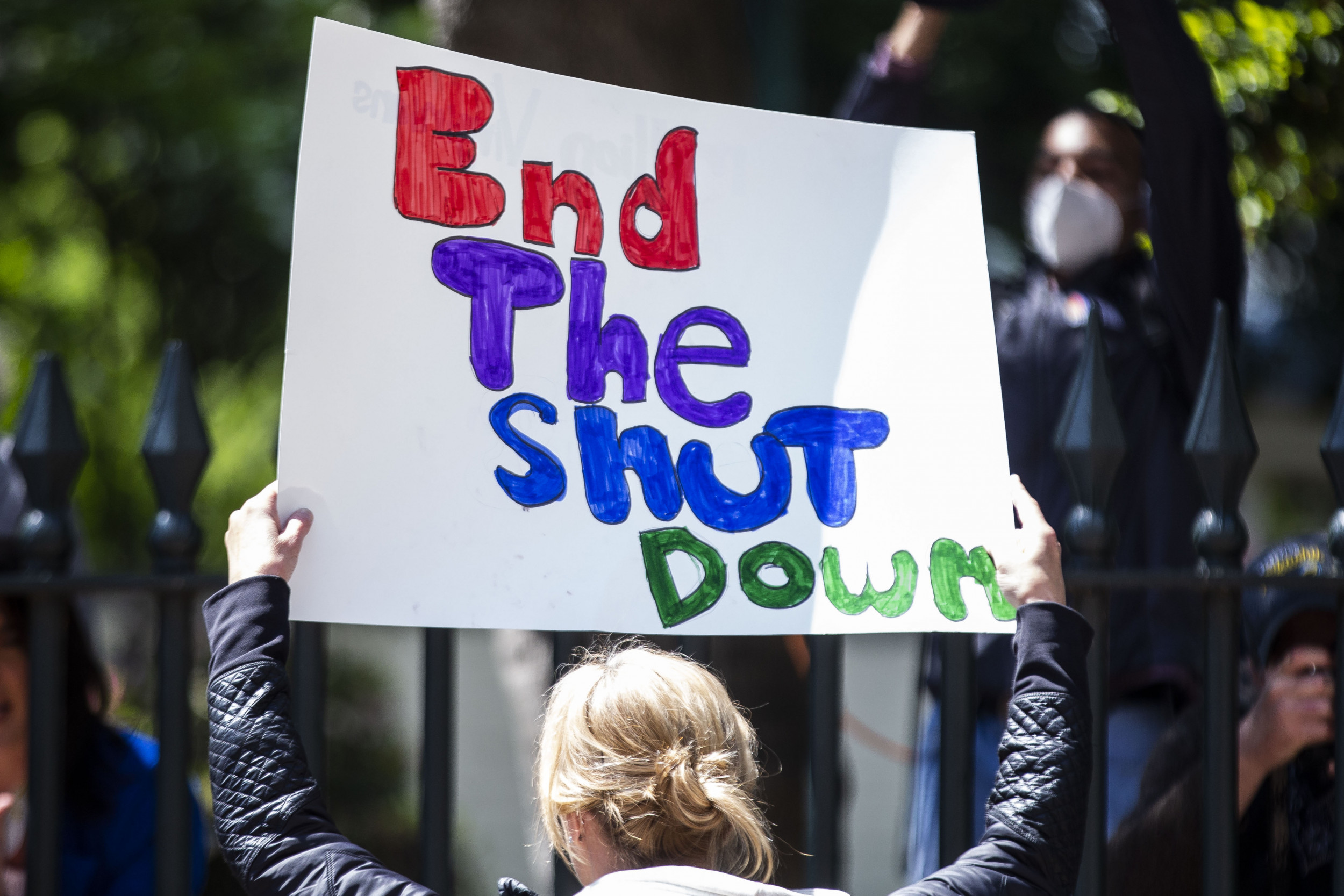 Over 10,000 researchers have signed the Great Barrington Declaration, a petition that suggests that COVID-19 lockdowns “produce devastating effects on short- and long-term public health.”

The Great Barrington Declaration, named after the city of Massachusetts where it was signed, currently has signatures from 1,0233 medical and public health scientists, 27,860 physicians and 504,875 affected citizens.

The number of signatures received by the declaration is an increase from October 7, when it had signatures from at least 2,826 medical and public health scientists, 3,794 doctors and more than 60,000 members of the public.

The co-authors of the petition include Dr. Martin Kulldorff, Professor of Medicine at Harvard University, Dr. Sunetra Gupta, professor at Oxford University and an epidemiologist with expertise in immunology, vaccine development and mathematical modeling of infectious diseases, and Dr. Jay Bhattacharya, Professor at Stanford University Medical School.

As the petition begins, the authors explain that “As epidemiologists from infectious diseases and public health researchers, we have serious concerns about the harmful physical and mental health effects of the prevailing COVID-1

9 policies” and note that they recommend an approach called “Focus Protection.”

“From both the left and the right and around the world, we have dedicated our careers to protecting people. Current lockdown policies have devastating effects on short and long – term public health,” the petition said.

According to the petition, the authors believe that the current lockdowns – introduced to mitigate the spread of the new coronavirus – have caused “lower vaccination rates for children, worsening cardiovascular disease outcomes, fewer screenings of cancer and deteriorating mental health”, leading to a greater excess mortality in the near future.

“As immunity builds up in the population, the risk of infection for everyone – including the vulnerable – decreases. We know that all populations will eventually reach herd immunity,” the petition reads. “Our goal should therefore be to minimize mortality and social harm until we reach herd immunity.”

Despite the statement that mortality and social harm should be minimized until herd immunity is reached, one of the co-authors, Dr. Martin Kulldorff, formerly Newsweek via email that they “do not advocate a ‘herd immunity strategy’.”

“Flock immunity is not a strategy, but a scientifically proven phenomenon, like gravity, and you would not say that an air pilot uses a ‘gravity strategy’ to land an aircraft. Whatever strategy is used when we flock immunity sooner or later, just like an airplane reaches the ground one way or another, ”said Kulldorff.

Dr. Jay Bhattacharya, told another co-author as well Newsweek that “In our letter, we call for a focused protection plan that uses our significant resources to protect the vulnerable (specifically the elderly and others who are at high risk of dying if they become infected), while the general locking of people facing a very low mortality risk from COVID-19 infection. “

Newsweek reached out to Dr. Sunera Gupta for comment but did not receive a response in time for publication.

U.S. Coronavirus cases surpass 9 million with no end in sight

Trump seems to strike a new tone on masks: ‘If you get close, wear a mask’