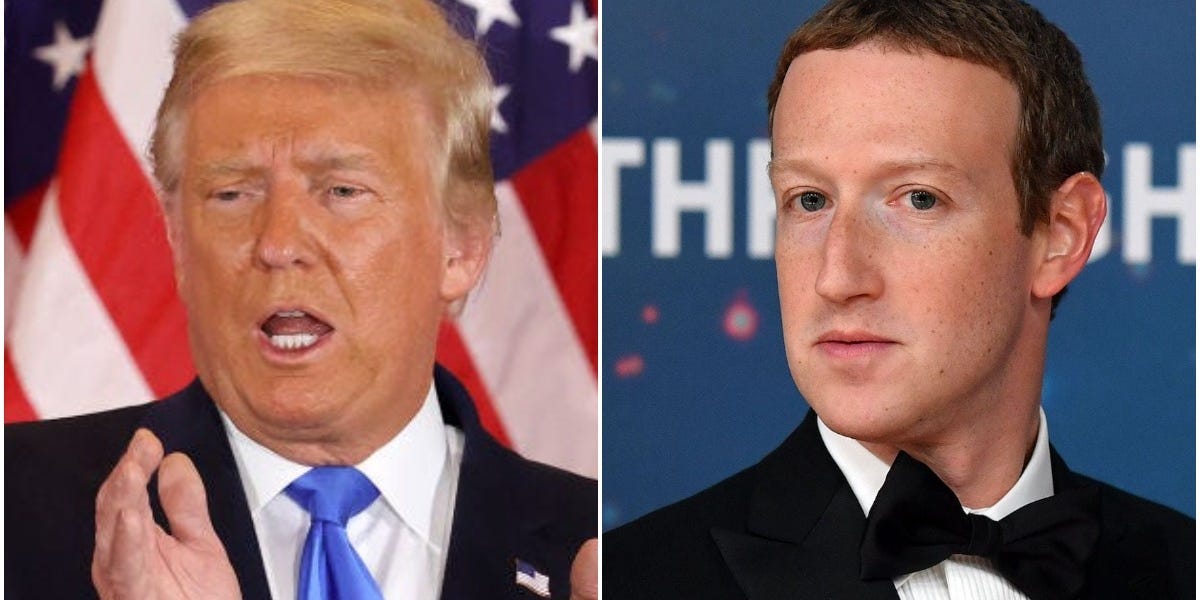 Former President Donald Trump said Tuesday that several countries should ban Twitter and Facebook, two platforms that launched him over the risk of inciting violence following the January 6 Capitol uprising.

“Congratulations to the country of Nigeria who just banned Twitter because they banned their president,”

; Trump said. “Several COUNTRIES should ban Twitter and Facebook for not allowing free and open speech – all voices must be heard.”

Trump made the statement after Twitter deleted a tweet posted by Nigerian President Muhammadu Buhari on Friday after threatening to punish separatists responsible for recent attacks on polling stations and police stations. The Nigerian president also referred to the nation’s civil war in the 1960s, which resulted in one million deaths, according to Reuters.

Nigeria responded by suspending Twitter indefinitely from the country.

Trump also suggested that if more governments ban Twitter and Facebook, “competitors will show up and take hold.” Alternative social media platforms with looser rules like Parler and Gab have risen in the past year and have become hotspots for some conservatives who say regular social networking sites censor them.

Trump then said he should have banned the two major social platforms when he was president, but said he did not because of CEO Mark Zuckerberg.

“Zuckerberg kept calling me and coming to the White House to tell me how big I was,” Trump said in the statement. In late 2019, the news emerged that Zuckerberg met with Trump and Facebook board member and Trump supporter Peter Thiel in a secret dinner in October.

“We talked about a number of things that were in his heart and some of the topics you read about in the news about our work,” Zuckerberg told CBS This Morning’s Gayle King in December 2019.

Trump ended his statement with “2024?” presumably refers to the year of the next presidential election. Trump has reportedly told close associates that he wants to run again in 2024, as long as he is healthy.

Twitter has said that even if he decides to run, Trump will remain permanently banned from the platform, which was the former president’s favorite mouthpiece during his tenure. Twitter kicked him off his platform on January 8th.

And a Trump ally has said his Facebook account is “essential to his future political viability”, specifically his fundraising and online campaign strategy if he runs again in 2024. Last week, Facebook announced that Trump would remain suspended for two years until January 2023, after which he could be reinstated if there is no “serious risk to public safety.”