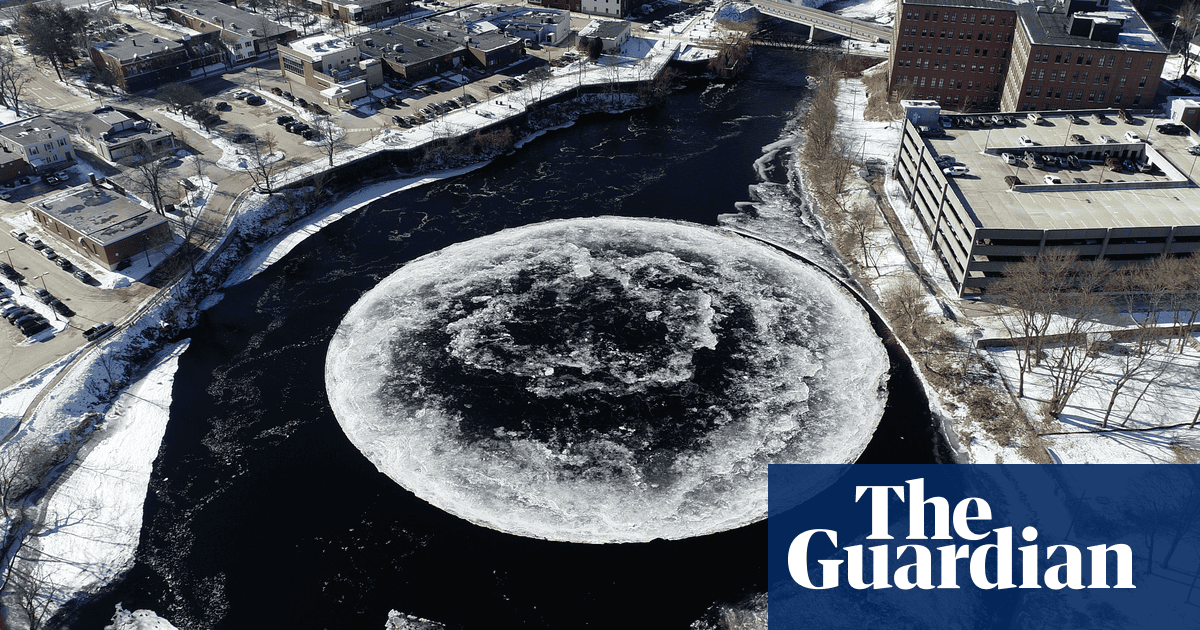 A rare ice formation in the Presumpscot river has enthralled the city of Westbrook in Maine. Drone footage taken by Tina Radel, the marketing and communications manager for the city, shows and almost 100-meter circle spinning in a counter-clockwise direction. Scientists say the formation of ice discs is rare, but the surreal appearance of the disk has led to speculation of alien intervention.