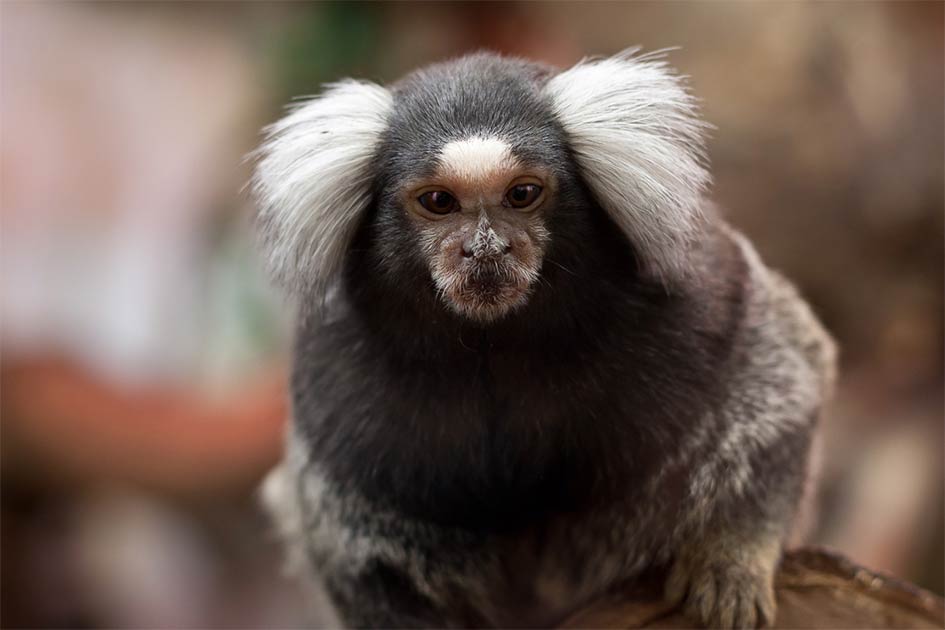 A human gene injected into monkey brains not only made them bigger, but it increased neuronal function, making the animals more human.

Marmoset brains are much smaller and smoother than human brains, and during evolution the brain’s neocortex “folded” to form the wrinkled appearance, allowing a larger surface area of ​​the neocortex in the confined space of the human skull.

A human gene was injected into the fetuses of seven common marmosets, and these genetically engineered creatures showed signs of brain expansion. In addition, the ape brain formed wrinkled grooves, similar to what is seen in the human brain, and the number of neurons in the neocortex sharply sharpened. 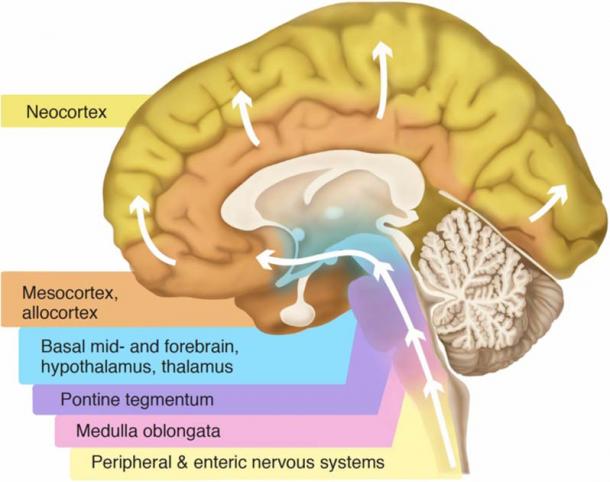 The gene, called ARHGAP11B, controls conscious thinking, reasoning, and language, and after injection into the monkey brain, it triggered the growth of several stem cells, resulting in enlarged brains. According to sensational media, like Daily mail in this case, these experiments are “evocative of the recent ‘Planet of the Apes’ movies, in which genetically modified primates wage war on humanity.” But for those of you who do not need pop culture Hollywood references with your science, read on …

A new study has been published in the journal Science by Principal Researcher, Professor Michael Heide, from the Max Planck Institute of Molecular Cell Biology and Genetics ( MPI-CBG) works with researchers from the Central Institute for Experimental Animals ( CIEA) in Kawasaki and Keio University in Tokyo, Japan. Japanese researcher Hideyuki Okano’s laboratory at RIKEN The Center for Brain Science was the first to produce transgenic marmosets with germline transmission (GT). What this means is that he was a pioneer in the development of a technology for generating transgenic non-human primates. 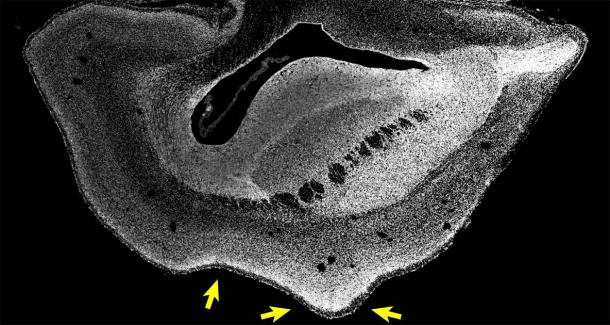 Microscopic image of an incision through a brain half of a 101-day-old ARHGAP11B transgenic marmoset fetus. Cell nuclei are visualized by DAPI (white). The arrows notice a new fold on the monkey’s brain. (Heide et al. / MPI-CBG)

The great brain monkeys that never were

GT is when embryonic stem cells contribute to reproductive cells in a mammal (germ cells) and are genetically transmitted to its offspring. In this experiment, however, GT was not required as the transgenic marmoset fetuses were not born. Okano said the seven marmoset fetuses were all “in utero” (inside the womb) and were taken by caesarean section for analysis on day 102 of pregnancy.

The neocortex of the common marmoset brain was observed to “enlarge and the brain surface folds.” In addition, the team also noticed an increased number of upper layer neurons increasing with the evolution of primates.

This new monkey brain injection test emerged from the 2015 experiment in which a single gene was inserted into the brain of a mouse that expanded the neocortex and caused the formation of many more neurons. This revealed that the ARHGAP11B gene has a huge impact on brain development and increased functionality. Marta Florio at MPI-CBG told LiveScience at the time when it was “so cool” to discover that a small gene affects the stem cell phenotype and expands the neocortex.

The bizarre future of genre editing

Like cell phones and space travel, the whole concept of tinkering with the human genes that we pass on to our children was for a long time reserved for science fiction. But today, research teams are rapidly addressing the technological barriers, and breakthroughs are now being made in the treatment of diseases ranging from heart disease to Alzheimer’s. The same technologies used to “edit human genes” are also used on animals, which according to national geography , can be used to protect endangered species such as the Tasmanian devil.

Gene editing will ultimately bring back extinct animal species by mixing genes collected from DNA from extinct species back into existing ones. Leading the charge in all this controversial field of study is The Long Now Foundation , who boldly claim that they will “bring back the woolly mammoth.”

According to bioethicist R. Alta Charo of the University of Wisconsin-Madison, “de-extinction” could be used to revive traits lost to commercial breeding, allowing researchers to “mix or produce new species on a whim” and in our future she will say billionaires may one day give their 12-year-old daughters “real unicorns” for their birthdays. Or maybe now intelligent marmosets who will do their homework while watching Planet of the Apes on a screen and thought it could never happen in real life.

Top picture: This is a marmoset. Scientists have spliced ​​one of our genes into their monkey brain. Source: Leszek Leszczynski / CC BY 2.0