Monarchs raised in captivity may orient themselves to migration, the study reveals 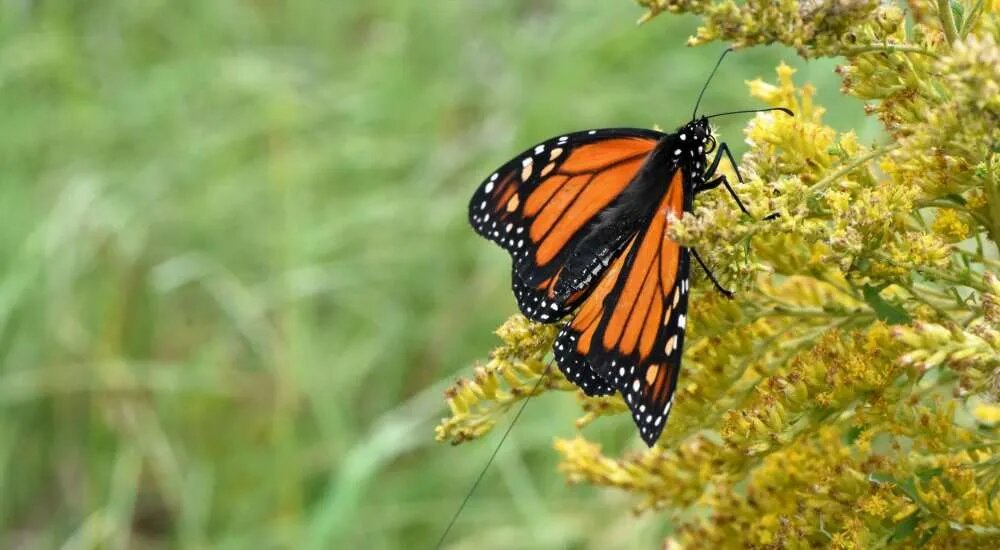 Monarch butterflies that have traveled indoors still know how to fly south if given enough time to orient themselves, according to new University of Guelph research.

The discovery is good news for the many nature lovers and schoolchildren who raise monarchs and then set them free to help increase the fighting numbers.

Monarchs are the only butterfly known to make a long-distance migration to warmer wintering grounds. While those born in spring and early summer only live from two to six weeks, those that occur in late summer sense environmental signals that tell them to fly thousands of miles south to central Mexico.

Recent U.S. studies have suggested that captive monarchs become disoriented when they emerge from their cocoons and are unable to fly south. But this new research, led by the U of G Ph.D. student Alana Wilcox and integrative biology professor Dr. Ryan Norris finds that may not be true.

Wilcox said previous studies were only conducted in a “flight simulator”

; that involved placing the butterflies in an open vessel and then measuring which direction they were trying to fly. The U of G team used a flight simulator, but also tracked down another group of monarchs who were released into the wild after being equipped with small radio transmitters.

These butterflies showed proper southerly direction if given enough time to get their bearings.

“We believe that the reason the monarchs released in the wild flew in the right direction was probably because they had time to calibrate their internal compass after being released, which ensured that they flew in southbound, ”said Norris.

The new study appears in the journal Conservation physiology. Integrative Biology Professor Dr. Amy Newman and Dr. Nigel Raine, professor of U at G’s School of Environmental Sciences, contributed to the research.

The team came to the discovery almost by accident. They had investigated whether monarch larvae raised on milkweed grown in soil with a neonicotinoid pesticide would have trouble migrating when they melted into butterflies.

They found that the pesticide did not appear to affect the migration of the butterflies. But they noticed differences between the monarchs tested in the flight simulator and those who traveled under the same conditions and released into the wild with radio transmitters.

Only 26 percent of the monarchs tested in the flight simulator (10 out of 39 butterflies) showed a slight southerly direction after several minutes of testing; the rest flew in all directions. But almost all of the radio-tracked butterflies (28 of 29 or 97 percent) flew in a south-southeast direction from the site of liberation and were detected at distances up to 200 kilometers away.

“Our results suggest that while captivity of monarch bird breeding may cause temporary disorientation for monarchs, once butterflies have been exposed to sunlight and natural skylights, they can establish proper orientation using their sense of proper flight direction,” he said. Wilcox.

This process of orientation after release from captivity can take between 24 and 48 hours, Norris added.

The results are good news for the thousands of butterfly enthusiasts and educators who are concerned that breeding endangered monarchs in captivity could hamper their instinct to fly to their wintering grounds in Mexico.

The team notes that the results only apply to late summer monarchs who perceive environmental signs as shorter days as signs that it’s time to migrate to Mexico.

“While the environmental conditions in our experiment may be different for monarchs bred by hobbyists, our results suggest that captive breeding remains a valuable educational tool to highlight the natural history and biology of butterflies,” Norris said.

Provided by the University of Guelph