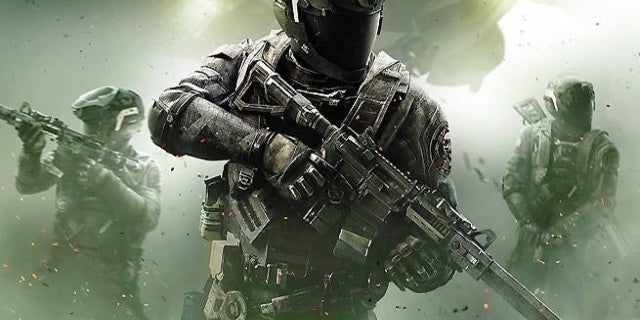 Call of Duty's community was stirred up by what was said to be on Call of Duty: Modern Warfare 4 leak that showed off promotional artwork for the game, but that has been debunked after the original image used to create the promo was found. The image that has been circulated appears to be created by an illustrator and artist who had a Call of Duty logo saved on it, though not everyone was convinced in the beginning that the leak was legit.

Images like the one below made the rounds within the Call of Duty communities and related forums and showed the "Modern Warfare 4" name positioned underneath the big, bold "Call of Duty" branding. Each time this image made an appearance, people debated on whether it was real or not with some saying it looked believable while many asserted that it looked fake. It had a slightly beaten look to it as the artwork was printed out and someone took a quick picture of it, a common practice when it comes to "leaks" that may or may not be true.

Those who thought the image to be fake appear to be correct though after the source for the base image was found on ArtStation. René Aigner, a 2D artist and illustrator, is responsible for the base image featuring the soldiers and their weapons that were repurposed for the Call of Duty image. Aigner posted the project the artist dubbed "Team Echo" on ArtStation several months ago, sans Call of Duty branding. Someone must've thought it would be enough to take that image from the creator's page and slap a Call of Duty logo on it, and based on the attention it got, it was an effective enough ruse.

[UPDATE] Regarding that MW4 leak, confirmed as a hoax. from r / xboxone

It didn't take long for people to realize the image was fake after surfing, though the letter time it seemed to be a real hope for Call of Duty fans looking for more info on Modern Warfare 4 or whatever the next game in the series might be called. Leaks about the rumored game first surfaced in mid-2018 with more potential leaks following afterwards, though nothing has been confirmed at this point.

Have you subscribed to ComicBook Nation, the official Podcast of ComicBook. com yet?

In this latest episode, we talk about the new Shazam! early reactions and we are breaking down the epic Avengers: Endgame trailer! Make sure to subscribe now and never miss an episode!