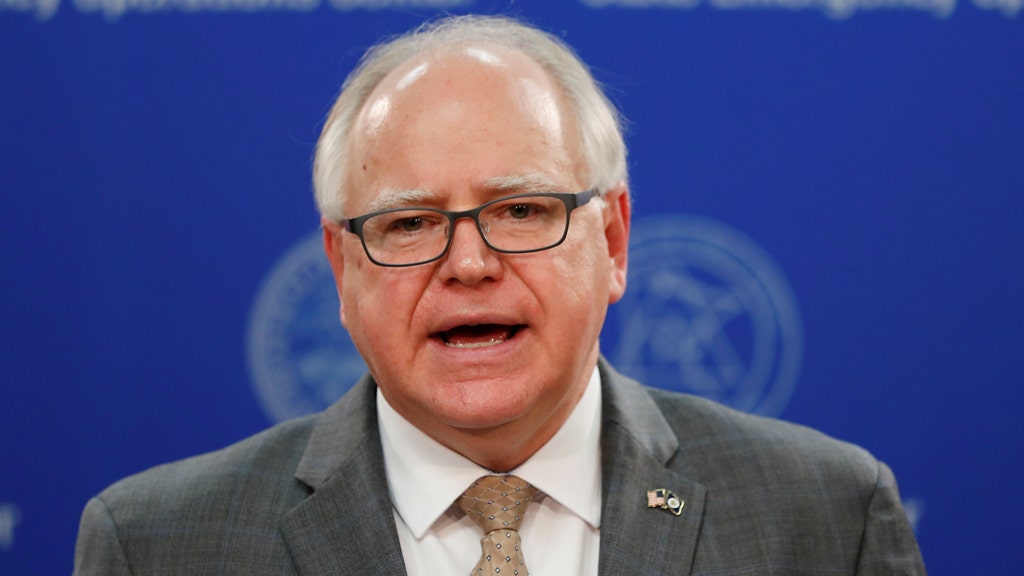 Minnesota Republicans slammed the government of Tim Walz, a Democrat, for appearing to condemn law enforcement for the death of 20-year-old Daunte Wright before authorities ended their investigation.

“I am closely monitoring the situation at the Brooklyn Center. Gwen and I are praying for Daunte Wright’s family as our state mourns another life for a black man taken by police,” Walz wrote on Twitter Sunday night.

The Minnesota GOP accused Walz of “continuing a narrative of an unknown situation.”

“A governor’s responsibility is to minimize unrest and not blow the flames in challenging times,” the Minnesota GOP said in a statement to Fox News. “We pray for the family and friends of Daunte Wright and hope for an appropriateness in the investigation process. That a governor leads by throwing the blame and continuing a narrative of an unknown situation is not only irresponsible, it is behavior that does not become a governor. We urge Governor Tim Walz to censor himself if he is unable to exercise the discipline necessary to lead our state in a way that helps us move forward together. “

“Governor, your words give fire to protesters. You of all people must know how to wait [Department of Public Safety Bureau of Criminal Apprehension] complete their investigation. In your tweet you should have stopped after the words̵

7; pray for Duante [sic] Wright’s family. ‘Everything after that was inappropriate,’ Saint Paul Republicans wrote on Twitter.

Minneapolis broke out in looting and riots late Sunday after Wright was shot by a police officer during a traffic stop in Brooklyn Center, Minn.

Brooklyn Center Police did not immediately identify Wright or reveal his race. In a statement, Brooklyn Center Police said officers stopped a person shortly before noon. 14 Sunday. After determining that the driver had an outstanding order, police tried to arrest him. But the driver got back into the vehicle and drove away, police said. An officer fired at the vehicle and hit the driver. Police said the vehicle traveled several blocks before crashing into another vehicle. A female passenger did not sustain life-threatening injuries.

“Our entire community is filled with grief after today’s officer shooting of Daunte Wright, a 20-year-old young man. Our hearts are set on his family and with all those in our community affected by this tragedy,” said Brooklyn Center Mayor Mike Elliott. said Monday. “While we await further information from BCA [Bureau of Criminal Apprehension] as the leader of the investigation, we continue to ask members of our community to make it peaceful in the midst of our calls for transparency and accountability. “

Tensions are high in the region as the trial against Chauvin, the former Minneapolis officer accused of Floyd’s death, continues until his third week Monday in Minneapolis. Minnesota Department of Public Safety Commissioner John Harrington said more National Guard members would be deployed around the city of Minneapolis and in the Brooklyn Center.

Katie Wright, Daunte Wright’s mother, hugged her loved ones near the shooting in the 6300 block of Orchard Avenue in Brooklyn Center, asking that her son’s body be removed from the street, the Star Tribune reported.

She said her son had called her when he was pulled over and she heard quarreling before the call ended. When she called back, she said his girlfriend told her Daunte Wright had been shot.

Carolyn Hanson lives near the crash site and told the newspaper she saw officers pull the man out of the car and perform CPR. Hanson said a passenger who came out was covered in blood.

The Brooklyn Center Police Department said it asked the Bureau of Criminal Apprehension to investigate. Officers at the Brooklyn Center are carrying body-worn cameras and dash cameras are believed to have been activated during the incident, police said.

Fox News’ inquiry into Walz’s office was not returned at the time of publication.

Fox News’ Danielle Wallace and the Associated Press contributed to this report.