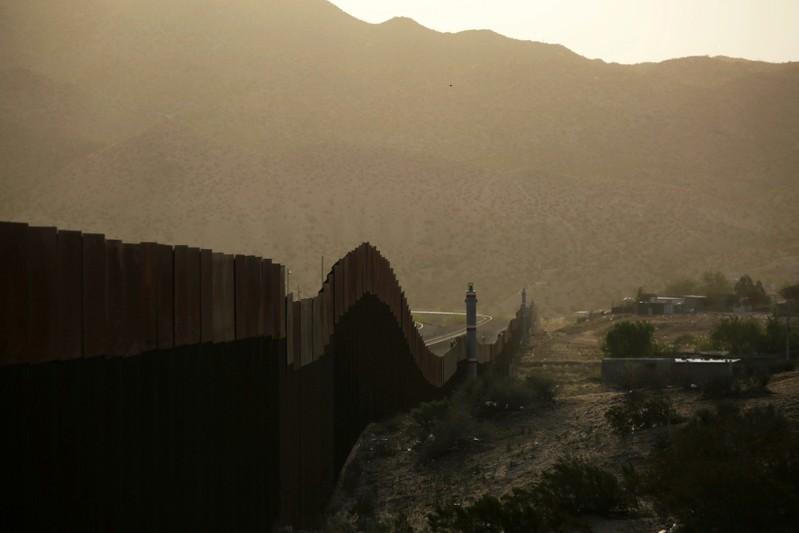 EL PASO (Reuters) – A member of armed group known for stopping migrants at the US-Mexico border has been arrested after authorities charged with impersonating a U.S. Border Patrol agent, according to court documents.

Jim Benvie, spokesman for the Guardian Patriots, who have been camped at the border near Sunland Park, New Mexico, was arrested on Friday in Oklahoma after a warrant was issued on Wednesday in southern New Mexico.

The U.S. Department of Justice filed two federal charges, alleging that Benvie, 44, left himself as a Border Patrol agent in mid-April.

It was the second arrest to target members of armed groups that have since been patrolling the border near Sunland Park. The groups say they are trying to help over Border Patrol agents with a surge in arrivals of Central American migrant families.

News photographs of Benvie tasks in March showed him wearing a camouflage jacket with a badge reading "Fugitive Recovery Agent" and a patch with an eagle-head insignia.

In Reuters interviews earlier this year, he denied his group posed as Border Patrol agents and said he was a citizen journalist documenting proof of the need for the border wall promised by U.S. President Donald Trump.

William Early, an Oklahoma public defender representing Benvie, did not immediately respond to a request for comment.

He is a fraud in Oklahoma for allegedly running a child-cancer charity scam.

In May, the Guardian Patriots split from another armed group on the border, the United Constitutional Patriots (UCP).

Larry Hopkins, the leader of the UCP, was arrested in April on charges of being a felon in possession or firearms.

At the time, the American Civil Liberties Union described the UCP as a "fascist militia" and said its members were illegally detaining migrants at gunpoint.