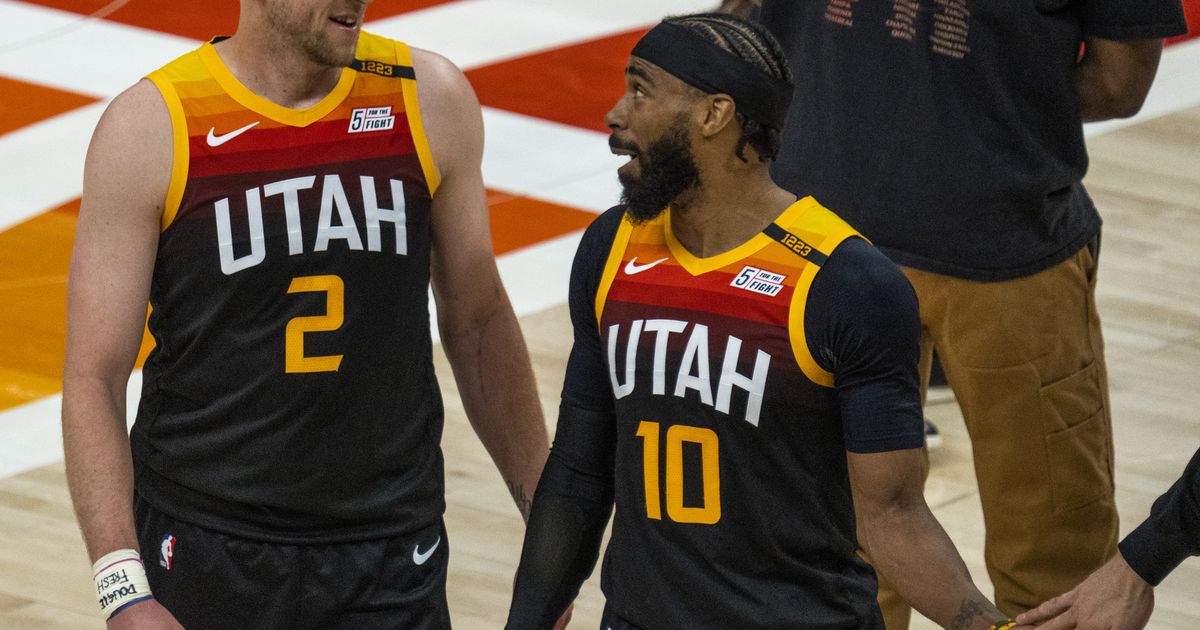 With a heavy hoarding that still sidelines the All-Star point guard, the Jazz’s play-offs play an oversized role again – and know he’s expected to shoot – and earn – more.

First things first: It may be predictable, but no less disappointing news for Utah Jazz fans that All-Star point guard Mike Conley has been ruled out of Thursday’s Game 2 matchup against the Los Angeles Clippers as he continues to work his way back from a right hoarding stem.

Conley injured his hamstring again in the Jazz’s first round finale against Memphis and sat out in Utah’s Game 1 victory in the second round.

Joe Ingles, the likely starter in Conley’s absence, approached the media after Thursday’s shootaround and covered over the course of approx. 15 minutes a wide range of topics in its typically fun jingle way:

• After being asked how he was defended in those playoffs, he naturally split into his shootings and the criticism that he needs to shoot more: “I’m sure you will suggest that I do not shoots well, so I keep shooting even though I do not shoot so well and I do not shoot well. So I answer that question before anyone asks me. ”

• When the topic of his matchup with the then Thunder wing and now Clippers wing Paul “Playoff P” George from three years ago was brought up, Ingles addressed the perceived rivalry: “The whole story of ‘Joe versus Paul George’ is kind of a little old, in my opinion.It’s Jazz versus Clippers.It was OKC versus Jazz …. personally I do not read into 1-on-1 stuff.I mean it’s a long time three years ago – my twins spoke hardly then, and now they are 5 and annoying the hell out of me. ”

• On the question of how the Jazz turned the offense around in Game 1, beyond just making more shots: “I mean, it’s hard to kind of go away from ‘making the shots’ part – that’s obviously a big part of it . I mean, we missed like 20 or 21 straight field goals. And a large number of them were also good shots – I do not think many bad shots were taken. And that’s how we’ve been playing all year – when we have open shots, we take them. … so yes, we do not plan to miss 21 [in a row] tonight. That was the most important thing we talked about in movies [session] this morning.”

• About Rudy Gobert, who won his third prize for Defensive Player of the Year: “I honestly do not mean a surprise. Being around him daily for seven years now, we within the organization – and of course many people outside with the voices and things – realize what he does daily for us. This is not as random [event] where he had a 50-point game once or something like that; he does this every night no matter who we play. … He makes us all better defenders, he lets us be more aggressive because we know he has his back. And it’s nice to have a big, 7 foot French man in the back behind him. … Yes, proud of him. He’s an adult. He has come a long way. ”

• When he was told that coach Quin Snyder had referred to him as a “utility player” and asked if it was a goal for him to fill that role early in his career, he addressed his slightly more humble beginning: “My first goal was just not to get clipped. I was on a non-guaranteed [contract] my first year and I just wanted to do everything I could to get to the team. … I still remember that one of the first conversations I ever had with the coach was that he asked me to run to the corner and shoot 3s if I was open, and to defend, and if I did these two things, I would be able to have a chance to stay on the field. ”

• And when the 15 minutes had passed and the Jazz PR employee moderating the Zoom session announced “It’s all the time we have,” despite a few hands still being raised, he recorded again in his skitick of hateful media sessions even though he clearly does them well) and said with shameful grief, “Awwwwww, sorry guys. Maybe next time!”