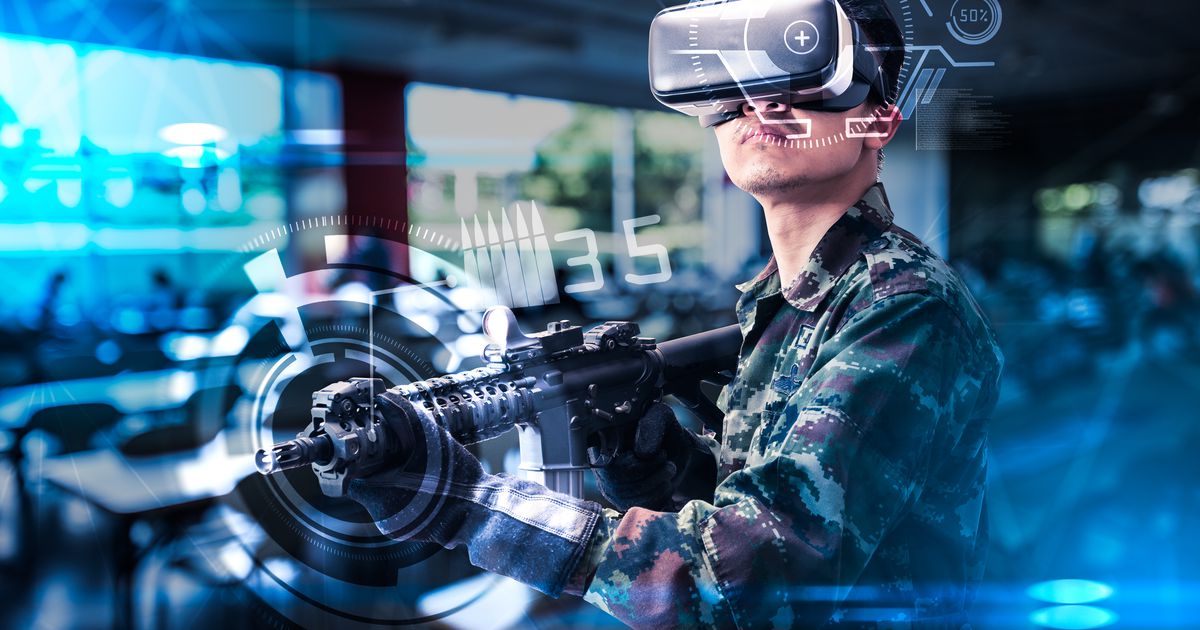 Microsoft agreed to take hundreds of millions of dollars to help soldiers kill – but don't worry, the company's CEO says it's for the sake of democracy.

Monday at Mobile World Congress (MWC) in Barcelona, ​​Nadella told CNN Business that Microsoft would continue to develop HoloLens augmented reality (AR) technology for the US military, despite employee protests. He made the decision regarding his company's duty to support the government.

"We decided in principle that we will not detain technology from institutions we have chosen in democracies to protect the freedoms we enjoy" Nadella told CNN Business.

Nadella was at MWC revealing the next generation of its AR headset, HoloLens 2. The device allows users to see the outside world stored with AR objects and applications.

But just one day before a group of Microsoft employees published an open letter to Nadella and Microsoft President Brad Smith demanding that this technology not be used in military applications.

On behalf of Microsoft employees, we release an open letter to Brad Smith and Satya Nadella, demanding termination of the IVAS contract calling for stricter ethical guidelines.
If you are a Microsoft employee, please log in at: https://t.co/958AhvIHO5 pic.twitter.com/uUZ5P4FJ7X [1

In November 2018, US military awarded Microsoft a $ 479 million contract to develop an integrated visual enhancement system (IVAS). This means that Microsoft was tasked with creating ways in which the military could use HoloLens on the battlefield.

The stated purpose of the contract, by state documents, is to "rapidly develop, test and produce a single platform" that would "increase mortality, mobility, and situational awareness." Or as Microsoft employees expressed it, "to help soldiers killing. "

For letter writers and signatures, this contract went "over the line." They do not want to be in arms development. They also believe that the contract improperly affects the employees who developed HoloLens in the first place, who may not want to see their work used in war.

"As employees and shareholders, we do not want to be warlike," the letter concludes. "In this context, we believe that Microsoft should stop in its activities to strengthen the US Army's ability to cause harm and violence."

According to a Twitter update from the group that issued the letter, Microsoft Workers for Good, over 250 employees have signed.

Another 50 signatures since this morning have put us over 250+ employees who speak against creating technology for the purpose of harm. Many thanks for your support! https://t.co/Jk4ALXShKq

Nadella responded to these moral objections with a big, fat "no". Microsoft will pursue the IVAS contract.

Something surprisingly, Nadella also claims the moral highlight of her decision.

"It's not about taking arbitrary actions by a single company; it's not about 50 people or 100 people or even 100,000 people in a company," Nadella said. "It's really about being a responsible corporate citizen in a democracy."

According to Nadella, a company's responsibility is to support public institutions; In this case, the military "protects the freedoms we enjoy."

In fact, it is the duty of a company to pay taxes and follow the law. Any commitment beyond that is one of philosophy, not a fact.

Of course, Microsoft has another reason to develop technology for the military.

Engineers are increasingly faced with the reality that the companies they work for do not necessarily "do well" (as many have previously claimed). Then they have raised objections both internally and publicly. Google employees have protested for Google's work on a Chinese search engine that could help the Chinese government's surveillance efforts and prevent information freedom for citizens. Amazon workers protested against the sale of face recognition technology for law enforcement. In the case of these leading tech giants – Google, Microsoft and Amazon employee principles stand in the way of cash from morally scary government contracts.

And where CEOs stand is usually clear. Nadella and Smith at Microsoft, and Managing Director Sundar Pichai at Google, say they value employee feedback. But both parties continue to quote their own moral duties (in the case of Pichai it was possible for freedom of information in China). And then they just stop back where they started: accept lucrative public contracts without warranty, they won't be used to limit freedoms or even kill people.

Is it a company's duty (or "responsibility") to support public institutions in a democracy?

The concept is not necessarily abominable, especially if you work on technology that – when used by public institutions such as health departments – can actually help people. But the US military specifically wanted to increase "mortality". Nadella could have gone away; Instead, he took the money and portrayed it as a commitment. The end result could be Microsoft, benefiting from the violence of war. ? Signature = hfl188ygih6e4c6mslzbjrd5ihc = & source = https% 3a% 2f% 2fblueprint api production.s3.amazonaws ” src=”https://mondrian.mashable.com/uploads%252Fvideo_uploaders%252Fdistribution_thumb%252Fimage%252F86225%252Fadb03dcf-0690-47b1-95f6-152056b26024.jpg%252Foriginal.jpg?signature=hfL188yGIh6e4C6mslzbJrD5Ihc=&source=https%3A%2F%2Fblueprint-api-production.s3.amazonaws.com” data-fragment=”m!b56e” data-image=”https://mondrian.mashable.com/uploads%252Fvideo_uploaders%252Fdistribution_thumb%252Fimage%252F86225%252Fadb03dcf-0690-47b1-95f6-152056b26024.jpg%252Foriginal.jpg?signature=hfL188yGIh6e4C6mslzbJrD5Ihc=&source=https%3A%2F%2Fblueprint-api-production.s3.amazonaws.com” data-micro=”1″/>