Microbes can be our miners on asteroids, moons and other planets 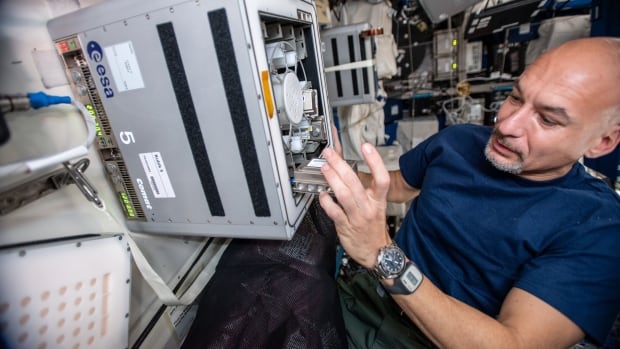 According to a researcher who designed the world’s first mining experiment in space, microbes could be used in future human space buildings that extract metals and rare elements from rocks.

“You can think of microbes as miners, if you will, go into rocks and get all the good things we need to build a civilization,” said Professor Charles Cockell, an astrobiologist at the University of Edinburgh.

If humans are ever going to settle in space or on other planets, they will probably have to find ways to efficiently find and harvest resources in alien environments. Mining will be a key technology in that effort.

“If these rocks happen to contain gold or copper, we can use the microbes to decompose these materials,”

The outright result was very exciting because it was the first demonstration of mining off the ground.– Prof. Charles Cockell, University of Edinburgh

Human miners crush the rocks and add liquid – usually water – to activate microbes that are dormant in the ore.

The microbes then use chemical processes to break down rocks – essentially digesting them – to access nutrients such as phosphorus and nitrogen. Valuable metals and minerals can be a bacterial waste product.

“The lake water, which is the liquid that comes out of the rocks, contains the elements that you want to grab,” Cockell added. These elements can then be easily extracted from the leachate for use.

On earth, mining companies use bacteria to extract approx. 20 percent of the world’s copper and five percent of our planet’s gold.

Cockell wanted to see if microbes would do the same job in space. In 2019, he was able to send an experiment to the International Space Station to test this. He just published the results of his study in the journal Nature communication.

The question he was particularly concerned about was whether the space station’s microgravity environment would cause the microbial cells to behave differently when processing minerals in space than they do on Earth.

His concern was in particular whether the lack of gravity would mean that the bacterial cells could not move to the right places in the rock and the water slurry, or if it would disrupt the normal circulatory processes that cause mixing of liquids around the rock particles giving the microbes access to them. It was also a problem whether the stone-eating microbes would thrive and reproduce in space.

“Many people have shown that gravity affects microbial growth in space,” Cockell said. “So we were simply testing whether Mars’ gravity and micro-gravity, for example, and asteroids would change the way bio-mining took place.”

Mining experiment aboard the ISS

In their space station experiment, they tested three different bacterial species under different gravitational conditions to mimic the gravity of an asteroid or Mars.

“We spent several years designing a miniature biomination reactor. And this is essentially a small piece of set where you lay your stone pieces, in our case basalt and your dried microbes,” Cockell described.

The basalt stone they used in the experiment is similar to that found on the moon or Mars.

The Italian astronaut, Luca Parmitano, put the biomination reactor in a miniature centrifuge that rotated the samples to simulate different gravity conditions.

The microbes were then allowed to grow and feed for 21 days. Samples were then flown back to earth for analysis.

One of the bacterial species they tested is called Sphingomonas desiccabilis, and lives naturally in salt and mountain crust in deserts. Cockell said it “successfully pulled rare earths out of the rock.”

“The simple result was very exciting because it was the first demonstration of mining off the ground.”

He said, however, what was even more interesting was how the microbes managed to overcome the problem of different gravity conditions – perhaps by changing their growth rate – eventually reaching the same concentration of bacterial cells in the reduced gravity conditions as in the Earth’s gravity. .

“What our experiment suggests is that you can do biomining on asteroids or Mars, just like you can do on Earth,” he said. “These different gravitational effects should not change our ability to biomine.”

A step towards self-sustainability in space

Cockell said he imagines settlements on the moon or Mars or bases on an asteroid, and nearby there could be a giant treatment plant where microbes could be used to help break down rocks to extract desirable elements.

One concern with this technology, however, would be potential bacterial contamination of places like Mars, where scientists are searching for signs of native life.

“There’s clearly a trade out there. And there’s definitely a discussion going on about whether you want to use biomining or other forms of mining,” said Cockell, adding that there is a lot more research to be done before we reaches this point.

He has another experiment called “BioAsteroid, “which is scheduled to fly in a few weeks. where astronauts will perform the same biomine experiment, but using a crushed meteorite instead of Mars-like rocks.

Produced and written by Sonya Buyting