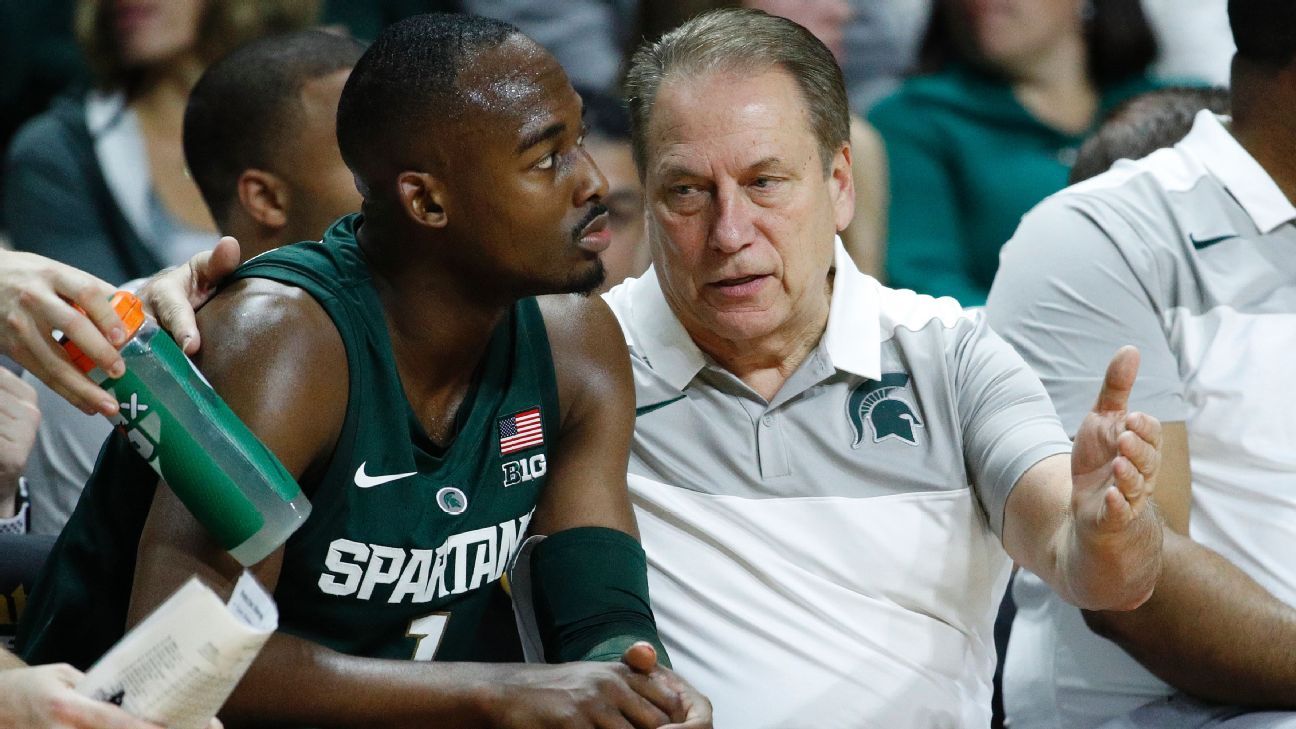 Michigan State junior guard Joshua Langford will miss the rest of the season with a left foot injury, the school announced on Wednesday.

Langford has missed the past eight games for the No. 6 Spartans (18-3, 9-1 Big Ten) after leaving during the first half of their game against Northern Illinois in late December.

"It's with great sadness that I have to announce that after numerous studies, rehabilitation and attempt at return, it has been determined that Josh will miss the remainder of the season, "coach Tom Izzo said. "Josh has an injury that we caught fairly early, and we had hoped that, with treatment and rest, he would recover.

" He has not and will likely need surgery to prevent problems in the future. "

5.0 points, 3.6 rebounds and 2.3 assists prior to the injury. He was one of the best shooters in the Big Ten, making 40 percent or better from behind the 3-point line one of his three seasons in East Lansing.

"We hate this for Josh and our team, if he was one of our leading scorers, one of our top 3 point shooters and one of our two best defensive guards," Izzo said. "But our commitment to Josh and his long-term health is paramount. Josh has seen the best specialist in the country on this issue, and we are putting together a plan for his complete recovery for the 2019-20 season.

"Throughout the process, Josh has done everything asked of him, while maintaining an amazing attitude and doing whatever he could to help his teammates. His selfless attitude is the reason there were tears during the meeting room when we shared the news with his team. He is a very religious kid who believes everything happens for a reason. He is constantly counting on him but focus on the team. It's the reason I have so much respect and admiration for the way he's handled the injury. "

With Langford sidelined, freshman Aaron Henry and senior Matt McQuaid have seen increased roles, with Henry playing 20 minutes or more in five of his past six games and McQuaid also working his way back from injury.