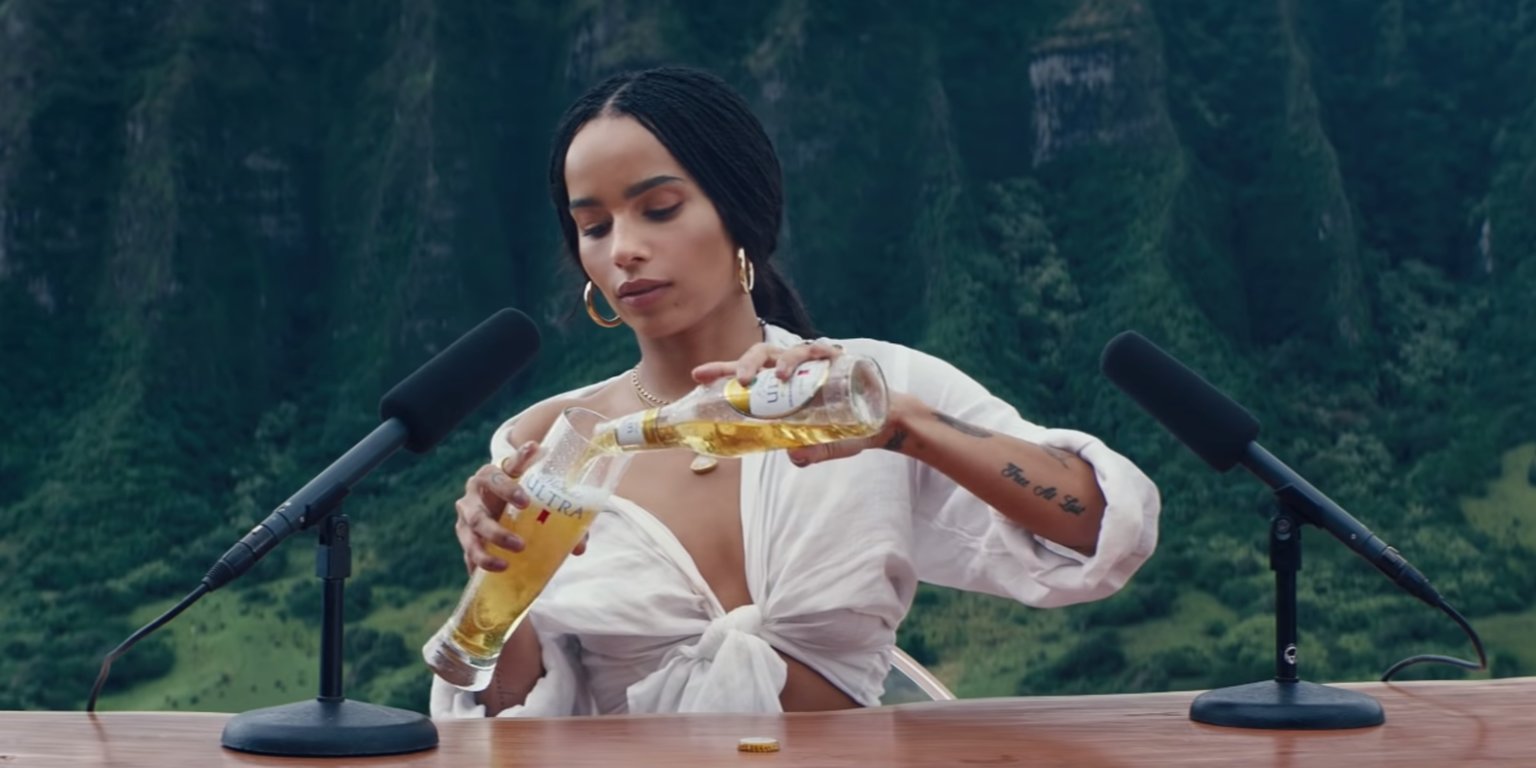 Most big brands use the Super Bowl to show off big splash ads that are first formatted for TV and then run them on social media afterwards.

Not Michelob Ultra. The Anheuser Busch-owned brand ran a 45-second ad that takes advantage of a sensation called autonomous sensory meridian response (ASMR) that has become a big trend on YouTube. ASMR videos use soft sounds like whispering or touching to trigger a feeling in some people.

Read more: HBO used game of hijack Bud Light's Super Bowl ad, but it may not have had the impact it expected

While ASMR is a big trend online, it's not mainstream, but Michelob Ultra hopes that it will be mainstream by bringing it to the Super Bowl.

Actress Zoe Kravitz stars in the ad that promotes Pure Gold beer from the FCB Chicago agency. In the spot, Kravitz taps a beer bottle softly and whispers into a microphone. The 60-second was posted to YouTube on Jan. 28 and has racked up nearly 1

After the ad ran, Twitter exploded with tweets about the ad, most of which were negative, according to social media analytic firm Brandwatch.

Since 6 p.m. Eastern time, Michelob Ultra was mentioned 4,200 times and more than 54% of the tweets were negative, according to the firm. At one point, 750 tweets a minute were flying around the fire.

Indeed, it's hard for any brand to stand out in the cluttered Super Bowl, and it looks like Michelob Ultra's soft-spoken approach didn't make the cut – at least not initially after airing.

Here are some reactions to the ad on Twitter: