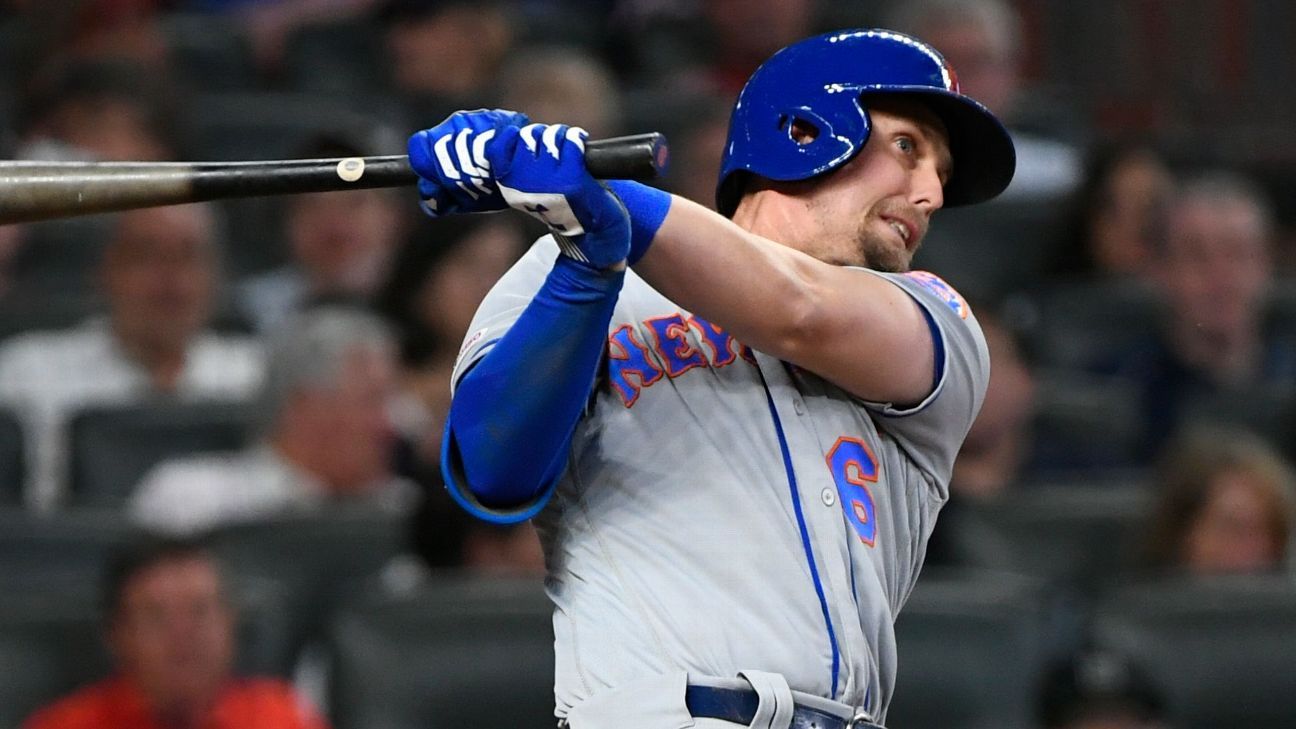 CLEVELAND – The only scoreboard score on the All Star game was the scoreboard.

At least one player noticed – and wasn't so happy.

The gigantic board of Progressive Field was filled with errors on Tuesday night, including a couple of misspelled names, a wrong picture, and a few wrong team logos.

"They had what two weeks to get ready for this? It can't happen" New York Matt's spark plugs Jeff McNeil said.

McNeil leads the majors with a .349 batting average, an impressive experience to see how he made his big league debut less than a year ago.

A late part he came up for the National League in the eighth inning and noted headshot on the scoreboard was not by him. Instead, it was by Mets teammate Jacob deGrom.

"It was hard to see DeGroms picture up there," McNeil said. "I really didn't like it."

"I wanted to see my picture up there. I also know my family did too. What are you going to do, I think, but I don't think it should happen," he said.

David Dahl didn't do better. The Colorado outfielder beat just before McNeil and was listed on the scoreboard as "Davis Dahl."

Big-hitting Cody Bellinger plays for Los Angeles Dodgers and Ketel Marte is with Arizona Diamondbacks, but when the starting lines were shown, they both showed up with the Atlanta Braves logo.

The US league won 4-3 and neither team was charged an error.

"I don't think there were many mistakes on each page," said NL manager Dave Roberts of Dodgers.

Not on the track, anyway.

"When I saw the Groms face, I was confused. I also know there were a few others," McNeil said.

"That gives me motivation to do it next year," he said. "Maybe next time they'll get my picture right."