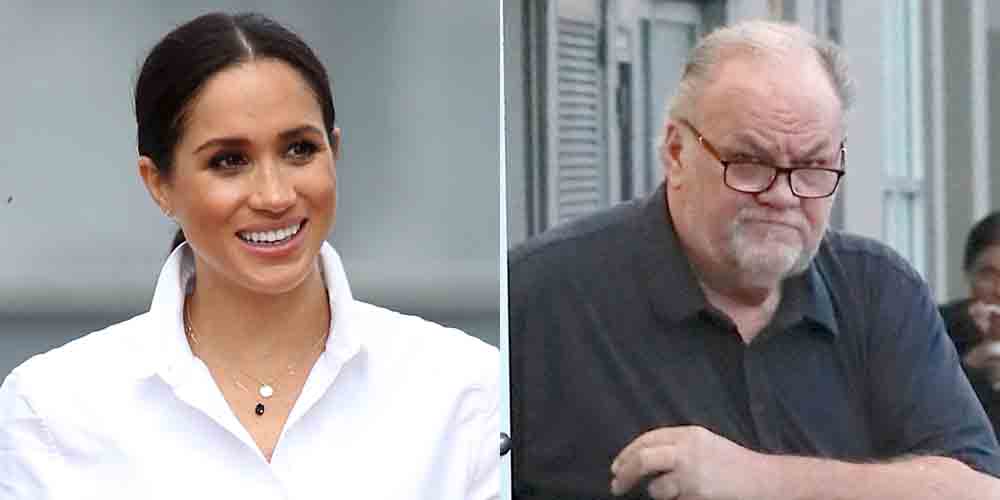 Thomas Markle has done countless media interviews where he claims he was ghosted by his daughter, Duchess Meghan Markle and her husband Prince Harry .

Now , one of the Duchess 'close friends is allegedly setting the record straight about every single thing that happened, from Thomas staging a fake photo shoot for the media, to him having a heart attack and missing the royal wedding.

“He knows how to get in touch with her. Her telephone number has not changed. He's never called; he's never texted. It's super painful, because Meg was always so dutiful. I think she will always feel genuinely devastated by what he's done. And at the same time, because she's a daughter, she has a lot of sympathy for him, ” Meghan 's friend told People .

After the photo controversy went down, the friend said, " Meg and Harry were still so focused on getting [to Tom ] to London. At no point there was talk of 'Now that we know he song, he's a trouble.' wouldn't take her calls, wouldn't Harry 's calls. "

Then, “The next morning when the car got there [to take him to the airport]he wouldn't get in. [Later] Meg heard he had a heart attack and she's calling and texting, even up to the night before the wedding. It was like, "Please pick up. I was scared. "It was endless."

Meghan then wrote her dad a letter after her wedding.

"After the wedding she wrote him a letter. She's like, "Dad, I'm so broken. I love you. You have one father. Please stop victimizing me through the media so we can repair our relationship. ”Because every time her team has come to her and fact-check something [he has said]it's an arrow to the heart. He writes here a really long letter in return, and he closes it by requesting a photo on with her. And she feels like, "That's the opposite of what I'm saying. I'm counting on you to communicate through the media, and you're asking me to communicate through the media. Did you hear anything I said? "It's almost like they're ships passing," Meghan 's friend said.