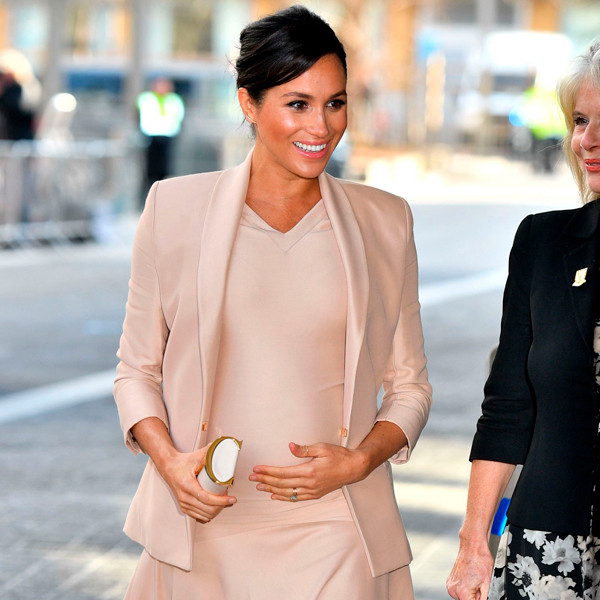 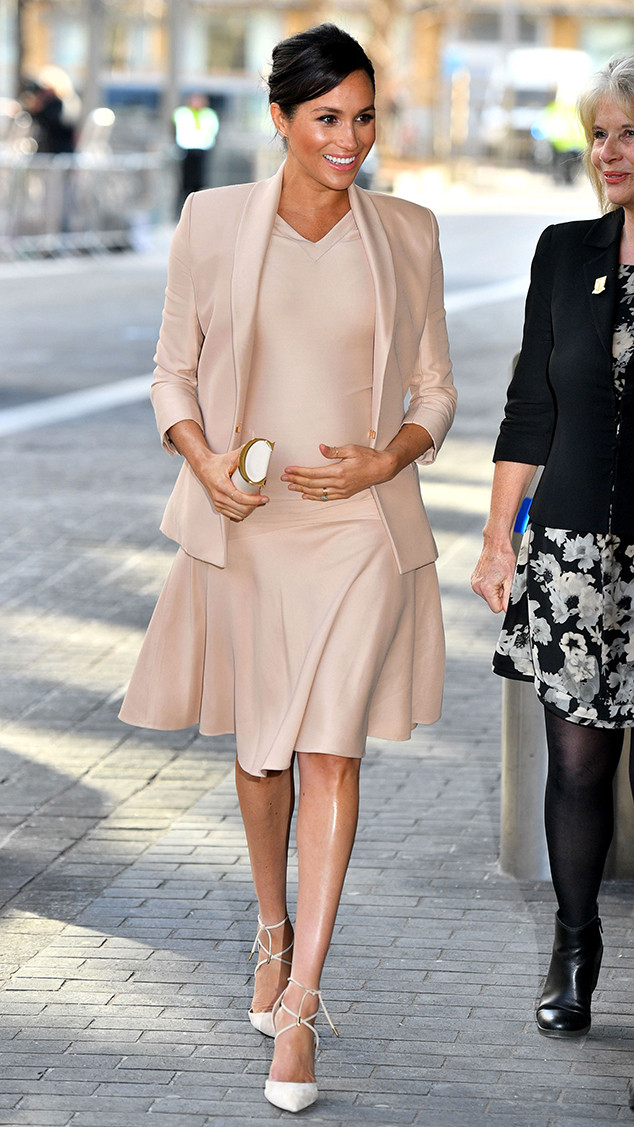 Meghan Markle looked beautiful in blush on Wednesday during her visit to the National Theater in London.

The mother-to-be a stunning Brandon Maxwell V-neck dress and paired it with a matching blazer by the same designer. The coordinating pieces cost $ 1

,895 and $ 2,195, respectively. She also accessorized her look with a pair of nude Aquazzura Matilde crisscross suede pumps, costing $ 695, as well as a Carolina Herrera Insignia Clutch. In addition, she tucked her hair back into a sweet, chic updo.

The engagement was certainly a significant one for the Duchess of Sussex as the market her first visit to the theater since becoming its patron. Kensington Palace announced she was the role of Queen Elizabeth II back in January. Although, the National Theater had the news slip beforehand

During the visit, the royal spoke with director Rufus Norris and watched members of the Pericles company take part in a workshop . She also enjoyed watching children from Edith Neville Primary School in Camden put on a performance inspired by the production War Horse .

Meeting Blessing, aged 13, who is passionate about inspiring others through storytelling – her @NationalTheatre Public Acts experience as part of the cast of Pericles allowed here to discover more about what she could do and gain more confidence. pic.twitter.com/sqmhx3a5Ed

In addition, royal admirers spotted here cradling her baby bump. The little one is due this spring.

A fantastic performance at @NationalTheatre inspired by War Horse at schoolchildren from Edith Neville Primary School in Camden, which was created to mark the centenary of Armistice Day. pic.twitter.com/A2TLnWflwW

As the Palace previously noted, Meghan is a "strong believer in using the arts to bring people from different backgrounds and communities together. " Rachel Zane on Suits before she married Prince Harry . She also majored in theater while studying at Northwestern University and volunteered at a performing arts after-school program for kids back in Los Angeles. Harry also referred to Commonwealth Youth Roundtable at Lancaster House