Megalodon teeth: A man found two at 3 week intervals. The latest is thanks to Tropical Storm Elsa 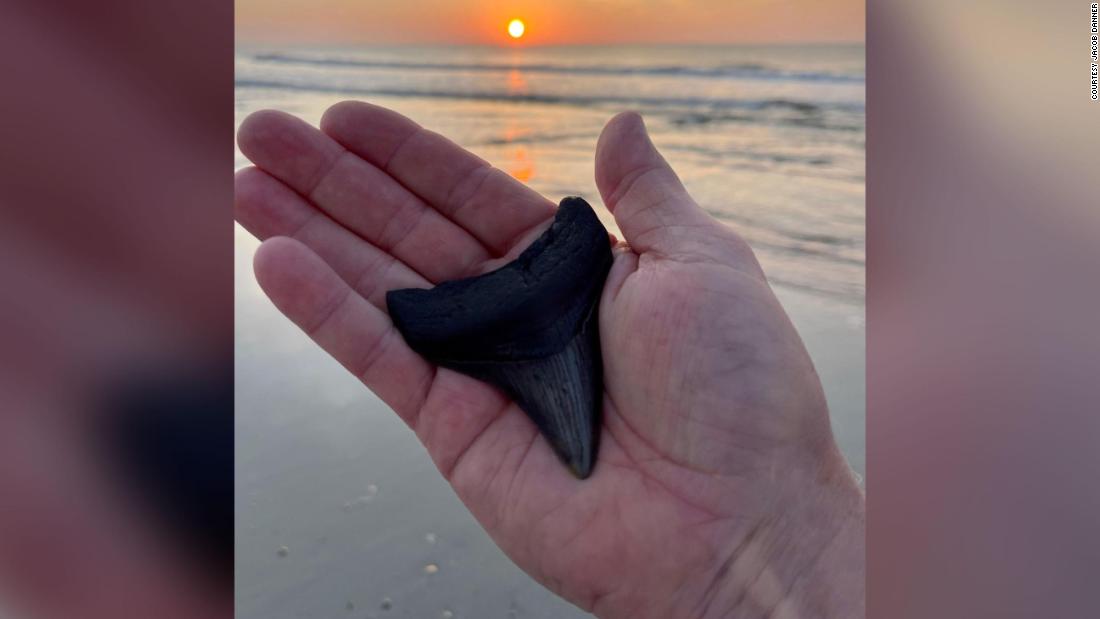 But three weeks ago, Danner, an art curator, found his first megalodon tooth – 3 inches long and in good condition. Danner was ecstatic.

Then, on the heels of Tropical Storm Elsa Thursday morning, he found another, a 4-inch-long tooth.

“It makes you want to spend the whole day hunting and thinking there needs to be more out there,” said Danner, who found both teeth on Fernandina Beach.

Megalodon teeth are prized items for amateur collectors competing to get the biggest and most pristine they can find. But they are not of great scientific interest because thousands are washing ashore in the Southeast, said Hans Sues, senior researcher at the Department of Paleobiology at the Smithsonian Museum of Natural History.
Megalodon swam across the world’s oceans 3.6 million to 20 million years ago before becoming extinct. They were the largest shark that ever lived, reaching up to 60 feet and had several rows of teeth that lined their jaws, according to the Smithsonian’s website.

“The size of the teeth is scaled to the total body length of today’s sharks,” Sues said. “They can then use this ratio to estimate the total length of a ‘Meg.'”

During storms like Elsa, “large ocean waves collect a lot of seabed sediment in shallow water and then deposit it on beaches, providing a feast for beach warriors,” Sues added.

Danner said he has collected lots of shark teeth during his time here, but finding the megalodon teeth led the boy inside him.

“I turn it everywhere and hold it in my hand and just imagine the millions of years of history that I just hold right there,” Danner said.

Danner said he hopes his luck lasts long enough to find a gold coin from a shipwreck.