Meave Leakey: ‘Definitely, Africa is where it all began’ | Science 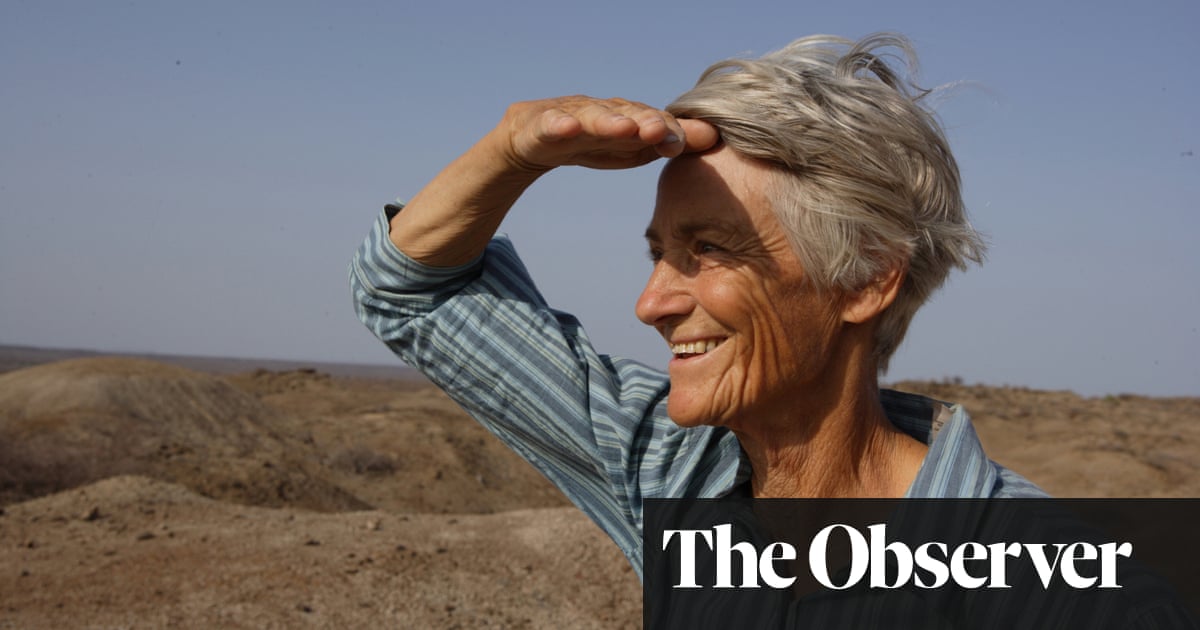 For over 50 years, British-born paleoanthropologist Meave Leakey have dug fossils of our early ancestors in Kenya Turkana Basin. Her discoveries have changed the way we think about our origins. Instead of a nice monkey-to-human progress, her work suggests different pre-human species living simultaneously. Leakey̵

7;s new memoir Sediments of the time: My lifelong search for the past, co-written with his daughter Samira, reflects on her life in science and brings together what we now understand about the climate-driven evolution of our species.

Leakey is part of a famous family of paleoanthropologists. Her husband, Richard Leakey and his parents, Louis and Mary, are known for their discoveries of early hominins.

Meave, 78, is one professor at Stony Brook University, New York and director of field research at nonprofit Turkana Basin Institute, a collaboration between the Leakey family and Stony Brook.

You graduated in the 1960s with a degree in zoology and marine zoology from the University of Bangor and envisioned a career as a marine biologist. How did you end up fossil hunting in Africa?
I had written to many marine centers around the world and got the same answer: they did not have facilities for a woman on a boat. Tired, I decided I should try something else. A girlfriend at the time found an ad on the back of that Times for a research position at the Tigoni Primate Research Center in Kenya. I called the number and Louis Leakey picked up. Within a few weeks, I was on the plane.

I met Richard as I was driving the center. I had just received my PhD. in zoology where I studied monkey skeletons. Richard contacted me to talk about how the center spent too much money and we needed to save money. We hit it off and I started to see him quite a bit. He asked if I would like to come and work with him at his fossil site. That’s how I got to Turkana and on to fossils.

You and Richard were married in 1970, and your daughters, Louise and Samira, were born in 1972 and 1974. How did you balance research and motherhood?
I had no desire to miss the excitement of fieldwork, so both children were drawn to Turkana within a few weeks of their birth. They would stay in base camp with someone to look after them while we went out and worked. As they got older, they would occasionally come out with us.

There’s a certain skull that’s still one of my favorite fossils ever because of the happy memories I have of reconstructing it, with a baby hippopotamus playing in the lake and baby Louise playing at my feet in a cool pool with water. It was a really special time.

In the late 1980s, Richard went to head Kenya Wildlife Service and you took over the management of the fieldwork. IN 1999 your team found the skull on an early hominin that was about the same age as the famous one Lucy (Australopithecus afarensis), 3.2m-year-old fossil skeleton discovered in 1974 in Ethiopia. You called it Kenyanthropus platyops: the flat man from Kenya. How did it change our understanding of evolution?
Lucy got a huge amount of publicity. She was always projected as that common ancestor of humans. I always felt that it did not make sense, because if you looked at another animal genus, there were always so many species. I thought: there must be diversity [in the early hominins].

When our ancestors began to find a way to hunt and catch a lot of meat, they were able to develop larger brains

When we found this sample, it was crushed and broken, so it took a long time to make sense out of it. But you could tell it was something completely new and different from Lucy. It lived at the same time as Lucy, but had this really flat face. The meaning was far-reaching: it showed Lucy was not necessarily the ancestor of all later hominins.

Your book does not include a family tree of our origin. Was it deliberate?
Yes. I tend not to try to draw straight lines between things. There is so much more to discover. I am afraid that building genealogies instead of adding to our understanding can only be tentative and can actually be misleading.

There are periodic attempts to dismantle Africa as ‘the birthplace of humanity’. How have things changed over the course of your career? And should East Africa or southern Africa, where early hominin fossils have also been found in caves, gets the moniker?
Early paleontologists did not believe that humans could have come from Africa. There was a prejudiced insistence that people should have their origins in Europe. The work of convincing the scientific community and the world at large was started by my in-laws and continued by my husband, myself and my daughter Louise. As I have reviewed my career, it has become more and more accepted. Absolutely Africa is where it all began. The climate and vegetation were right. And for me, East Africa probably is, because if you look at where non-human primates are distributed today, they are concentrating on the tropics and the equator.

How we developed our enormous brain power and our ability to walk on two legs?
Evolution is due to changing habitats driven by changing climates. Driven by a drought trend toward more open savannah, I suppose our ancestors began to come down from the trees to the ground. They found that if they stood on two legs, they could reach food – like berries and fruits on bushes – better, and they could travel further.

Large brains came later after bipedalism and increased dexterity. Brains are expensive in terms of calories. To develop a great brain, you need to have a good food source. When our ancestors began to find a way to hunt and catch a lot of meat, they were able to develop larger brains.

You donated another kidney Richard, and helped him lose both legs in a plane crash. Do you think our ancestors formed similar social bonds?
I’m sure. We found a 1.6 m old femur [thigh bone] it was very clearly broken and repaired, and it may only have meant that the individual was cared for. Otherwise, they would not have reached it. The degree of social bonding must have been significant.

Are you still going with excavations, and what would your ultimate find be?
I still go out into the field, but not so much. Louise and I have an amazing crew, so we do not have to be there all the time. We work primarily on the west side of Lake Turkana and go over 4m-year-old sites we worked on decades ago. Fossils are constantly weathering so you can find much more. Finding a complete skeleton of any early hominin is my dream. We can learn so much more than from a skull alone.

Are we still evolving?
I do not think we are still evolving physically because we control our environment so much. And while there is climate change now – which will mean we can not live in the places we live today – it is hard to imagine that it will affect our physical development because of this control. However, our technology is evolving fantastically. Our development is now more technological than morphological.

• Sediments of the time: My lifelong search for the past by Meave Leakey is published by Houghton Mifflin Harcourt (£ 23.99). To order a copy, go to guardianbookshop.com. Delivery costs may apply