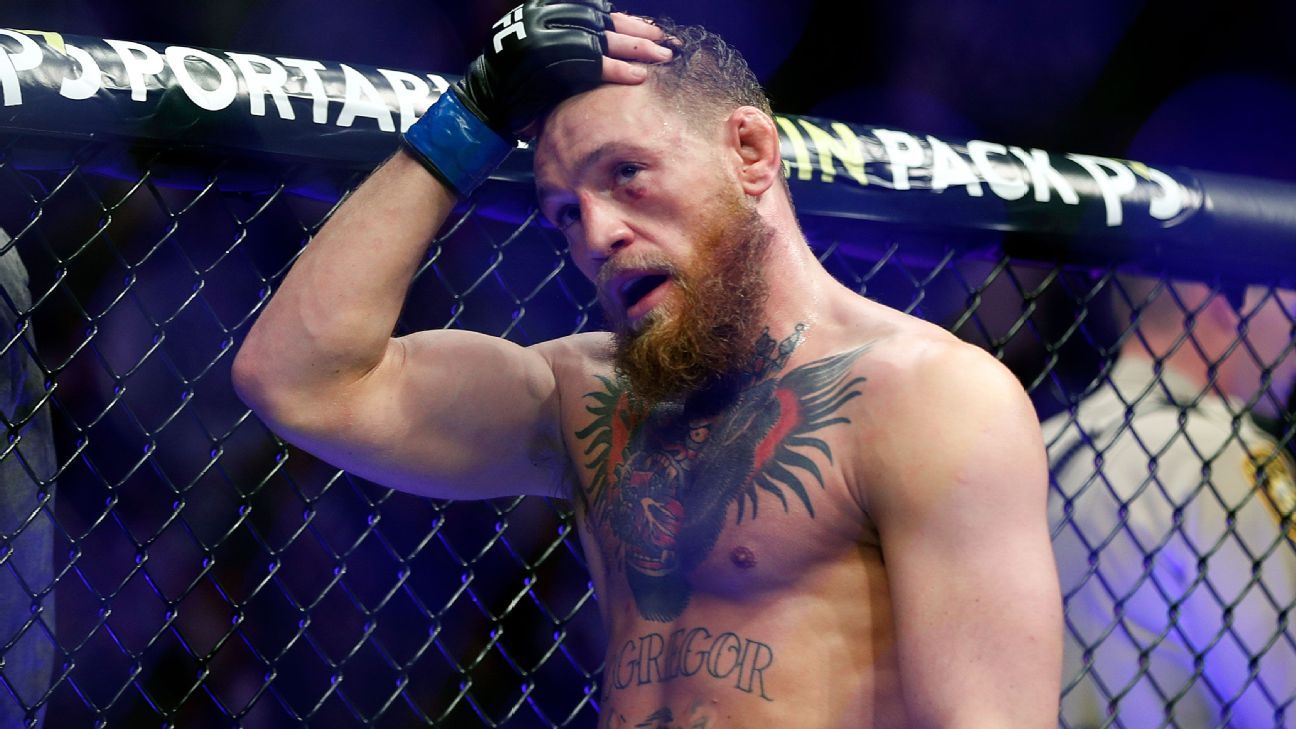 Conor McGregor revealed on Friday that his left hand is in a cast after he injured it in a recent sparring session.

The injury is not believed to be serious, according to sources, but they declined to discuss the severity and whether McGregor required surgery

McGregor is currently targeting a return to action in late summer or early fall, sources say. Despite his retirement announcement in March, McGregor wants to resume his fighting career, according to sources.

The UFC attempted to book him for their pay-per-views on July 6 and July 27, respectively, but those talks never materialized, sources say. UFC reserved Madison Square Garden for the laughter date and were ready to hold UFC 240 there if McGregor were available to fight, but once that possibility was off the table, they went ahead with holding the event in Edmonton, Alberta, Canada.

A sticking point between the two sides has been the new pay-per-view landscape after ESPN + became the UFC's exclusive pay-per-view provider in the United States. McGregor is the biggest pay-per-view draw in MMA history, so it will be the most affected fighter on the roster since the new deal went into effect in April. So far, the two sides haven't come to terms on a deal, say.

McGregor (21-4) has not been considered since his loss to Khabib Nurmagomedov in October.