Maxine Waters hates Trump so much that she's rooting for Iran 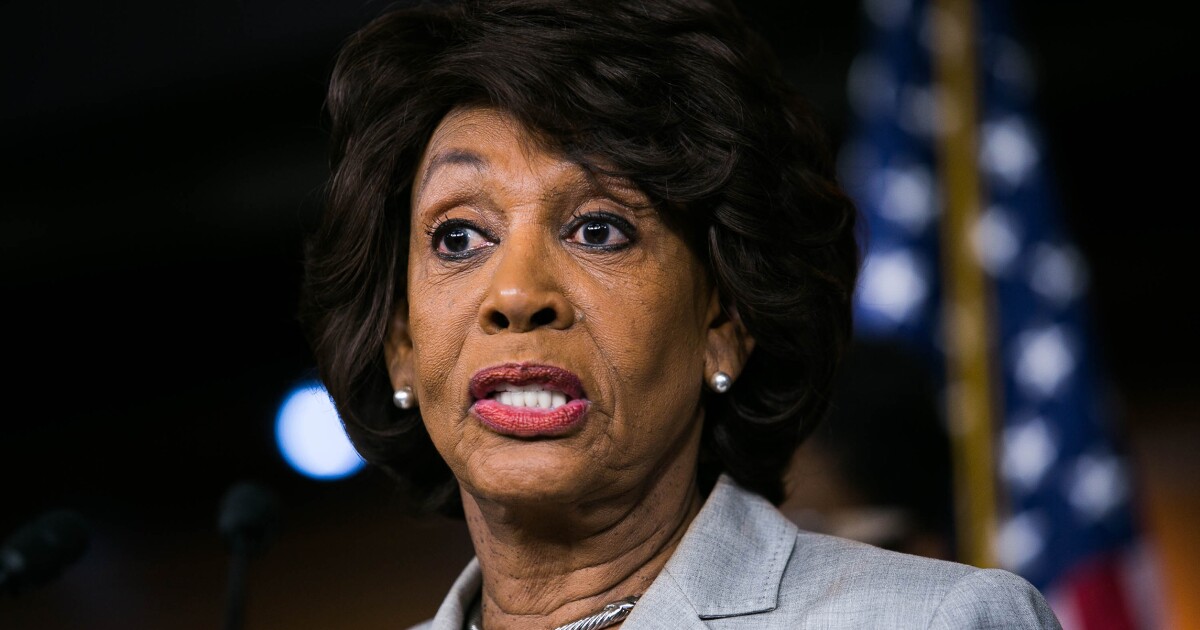 Maybe Maxine Waters would like to see Iran invade the U.S. and force regime change?

Waters, D-Calif., took Tehran's side over the weekend after the Islamic Republic's theocratic regime downed and expensive US. drone. She took to social media to disparage Trump, even though he had declined to launch retaliatory strikes against Iran, asserting that the U.S. Militair brought the incident upon itself by violating Iranian airspace, something the Pentagon denies.

"Trump, you get no credit for so-called stopping the strike against Iran," Waters said on social media.

She added, "Why was the unmanned drone in Iran's airspace? Why the surveillance? Don't provoke and then pretend innocence. ”

Trump, you get credit for so-called stopping the strike against Iran. Why was the unmanned drone in Iran's airspace? Why the surveillance? Don't provoke and then pretend innocence.

This is equal parts insane and shameful.

First, the drone, which was shot down Thursday, spurring the White House to consider a military response, was not in Iranian airspace, according to the Pentagon. Only Tehran claims otherwise. You will excuse me if I take the word of the U.S. military over that of the crazed, wild-eyed, death-to-America, terrorist-funding Iranian regime.

Speaking of which, Iran is the number one state sponsor of terrorism, according to the U.S. State Department. Covertly monitoring the lunatics of Tehran would certainly be warranted. It is insane that waters would suggest otherwise.

Lastly, the president still stumbled into doing something good last week when he decided that the last minute to call off military strikes on Iranian targets. For now, we have been saved another potentially lengthy, costly, and fatal conflict in the Middle East. You would think that the same members of Congress who so enthusiastically backed the disastrous, since-scuttled Iran nuclear deal would cheer Trump's dovishness on this issue. But you would be wrong, especially if you look at Waters for leadership, as the "resistance" does. Resisting Trump means resisting everything he says and does, regardless of the issue.

Some of the congresswoman's house colleagues, including Dan Crenshaw, are right to be incensed.

from a House Committee Chairwoman. She is literally repeating the lies of the Iranian regime, "the Texas Republican lawmaker said. “What a disgrace. Maxine Waters "Hate for Trump runs so deep that she is willing to take Iran's side over the word of our military."

This is a shocking comment from a House Committee Chairwoman. She is literally repeating the lies of the Iranian regime. What a disgrace.

Maxine Waters "Hate for Trump runs so deep that she is willing to take Iran's side over the word of our military. https://t.co/BnJn7Qn9rN

It was bad enough when Waters' resistance "was just to encourage progressive activists to harass White House officials if they saw them in public. But like other high-profile "resistance" leaders, she has evolved more opposition to Trump and is now aligning herself with whoever is fighting him at the moment – including hostile foreign nations.

Because the "resistance" is a healthy and normal political movement, right?