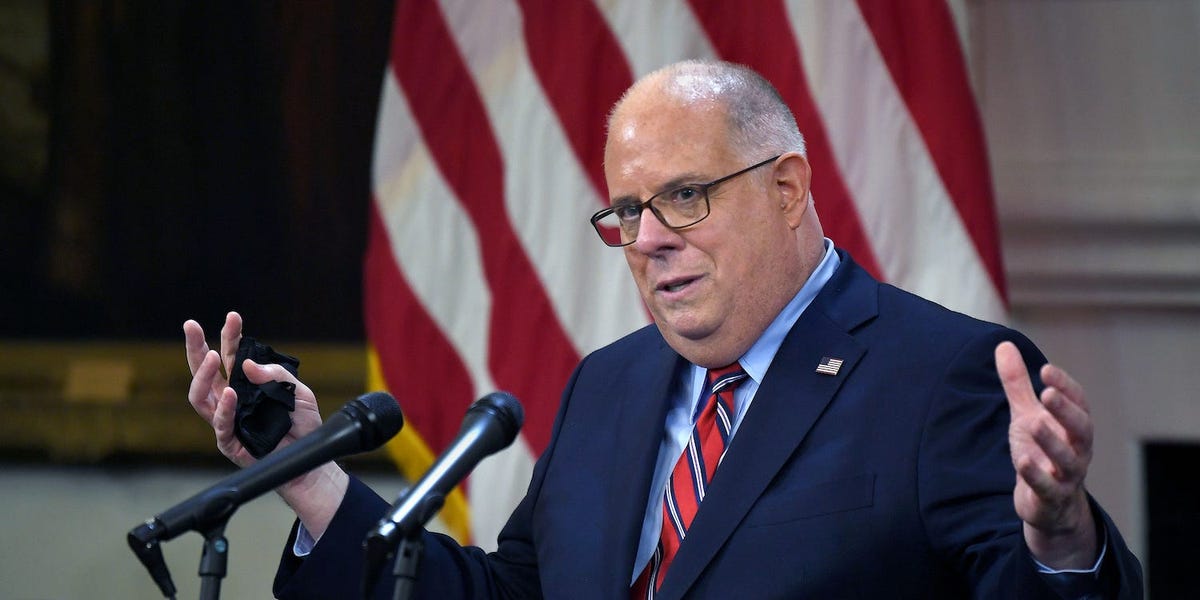 Another Republican calls on President Donald Trump to concede the 2020 election.

Gov. Larry Hogan of Maryland said Sunday that he wants more Republicans to speak out against Trump, who has repeatedly refused to recognize President-elect Joe Biden as the victor.

“I have confidence that the president-elect will be sworn in on January 20,”

; Hogan told CNN’s State of the Union. “But I’m not sure I could say I’m sure the president will do the right thing.”

“We used to oversee elections all over the world. And we were the most respected country in terms of elections, and now we’re starting to look like we’re a banana republic,” he added. “It’s time for them to stop the nonsense. It’s just getting more bizarre every single day, and honestly I’m embarrassed that more people in the party are not talking.”

Business Insider and Decision Desk HQ called the race for Biden on Friday 6th. November. A day later, other major outlets also called the election in Biden’s favor. But since then, Trump has repeatedly insisted that the outcome is not yet final.

The Trump campaign has filed dozens of lawsuits over allegations of voter fraud, most of which have so far been denied, rejected or withdrawn.

After the results were called, a group of international election observers announced that they did not find any cases of voter fraud. The Organization of American States said in a preliminary statement that a team of 28 experts observing the election across the country did not witness fraud or irregularities despite Trump’s allegations.

Lawyers at firms working on Trump’s challenge efforts told the New York Times they were concerned that the lawsuits they filed against the election results were not based on evidence.

The Times also reported that the polling station contacted election officials in all states, each saying there was no evidence that fraud affected the presidential election.

By coming out against Trump’s attempt to derail his White House exit, Hogan joins a growing list of Republicans urging the president to concede. First Lady Melania Trump is one of those people, according to a CNN report on growing concerns within Trump’s inner circle. The outlet has also reported that Trump’s eldest daughter and adviser Ivanka is among those telling him to accept the results.

Meanwhile, others close to the president – including lawyer Rudy Giuliani and sen Lindsey Graham and Ted Cruz – are urging him to continue fighting.

Last week, Trump seemed to admit, saying Biden “won” for the first time. But he quickly went back with those comments.

Trump struck out with Hogan almost immediately after his remarks, calling him a RINO (only Republicans by name).

‘Don’t talk to me that way’: Trump shoots out at the reporter over the election issue

Bruce Boynton, the man who inspired Freedom Rides, dies at 83