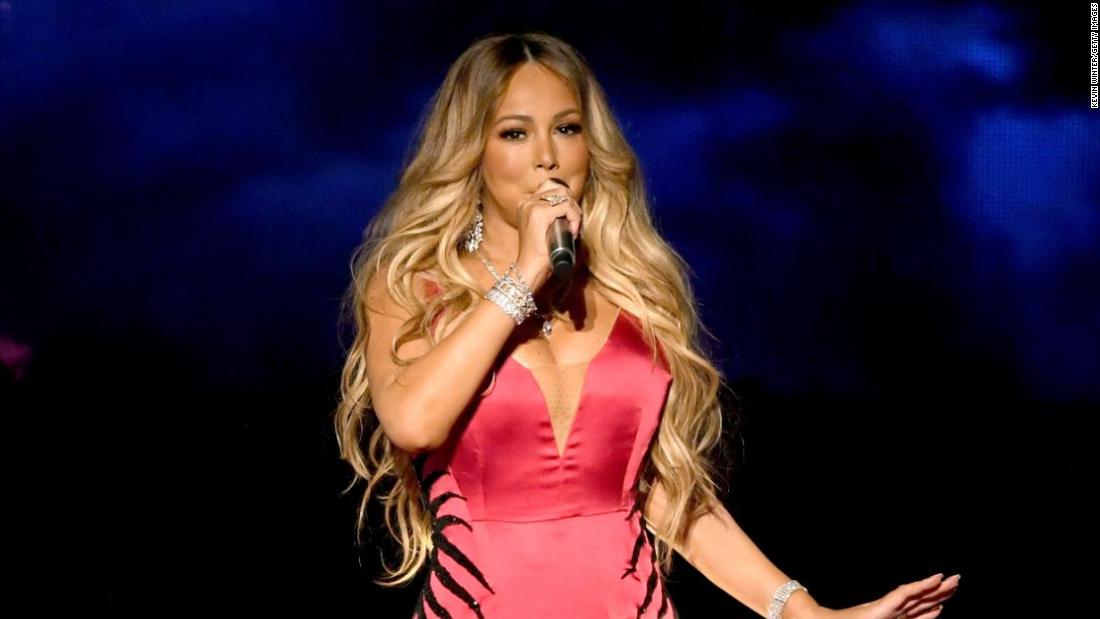 The singer with the incredible range posted a video over the weekend of herself on social media getting into the viral #BottleCapChallenge.

What is the #BottleCapChallenge and why is everyone doing it now?

Here's how it works: The loosely twisted shut cap is placed on top of a bottle and the goal is to untwist the cap with a spin kick, without moving the bottle or knocking it over.

Participants, including quite a few celebrities have shown their skill, most posting videos shot in slow motion.

Then a hero came along in the form of Carey who naturally had to rock it a bit differently.

The video, posted Sunday, shows Carey in a form fitting black and sparkly dress with a bottle.

After looking like she's going in for a karate chop, the superstar gives her all with an incredibly high note and the bottle cap goes flying. off.

"Challenge accepted! #Bottlecapchallenge," she wrote in the caption.

We think everyone else can stop now.