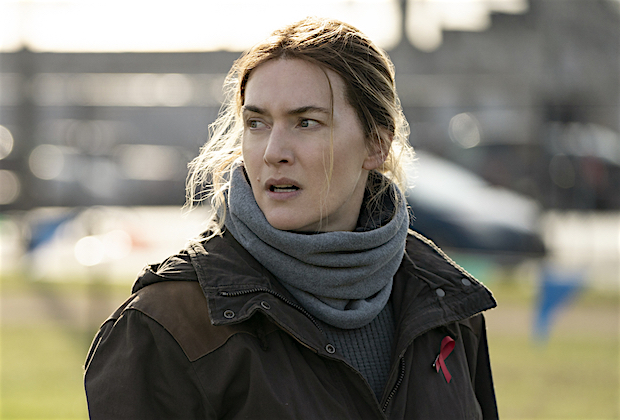 Warning: This post contains spoilers from Sunday’s Jump off Easttown.

We rooted for Mare Sheehan to solve Erin McMenamin’s murder Jump off Easttown, of course … but we may be rooting her a little less as a person after what went down in Sunday’s episode.

Mare has custody of her granddaughter Drew after her son Kevin died of suicide and Drew’s drug-addicted mother Carrie ended up in rehab. Last week, Carrie announced that she is clean and she intends to regain custody of her son. This week, Helen let it slip to Drew that he might have to live with his mother and tells Mare: “She is the mother. She gets custody. “Mare went to Carrie in her halfway house and asked Drew to finish the school year, but Carrie will immediately start her new life with her son. After Mare threatened to tell a judge that Carrie is an unfit mother, Carrie became angry and told Mare that “Kevin f ̵

1; King hated you” and that Drew “deserves much better than you.” 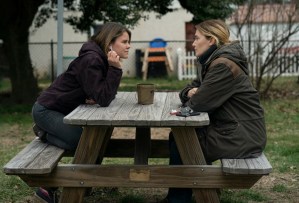 Later, we saw Mare sneak into an evidence box and take something with her as she left. At the end of the episode, Police Chief Mare confronted: Carrie was pulled over and police found heroin on her. Carrie claimed that the drugs were planted on her – and the boss knows that Mare took these drugs from the evidence and changed logs. “Part of me wants to make sure you never wear a badge again,” he said gravely, putting Mare on leave and asking her to go to grief counseling to tackle her son’s death once and for all. He also took her gun and badge – and ordered her to stay away from the Erin McMenamin case. (But we all know it will not happen, right?)

Mare “feels like she did wrong by her own son,” star Kate Winslet explains to TVLine. “She has not been able to solve him or correct him and was not able to save him. It manifests itself in these enormous ways and just infiltrates her world to a truly destructive extent. And it makes her make some bad choices too. What she does with Carrie at the end of [Episode] 3, this is a woman who is on the absolute outer edge of true desperation. ”

Elsewhere in “Enter Number Two”: Kenny confessed to having shot Dylan, but the child did not actually die (however, he is hospitalized and may never go again); Mare cornered Frank about the rumors of paternity, but he angrily insisted that he never touch Erin and took a DNA test to prove it; Mare followed Erin’s severed finger to a park miles away and deduced that she must have been killed there and then dumped into the creek; Colin spoke drunkenly about his failed engagement and hit Mare (!); and Mare and Colin interrogated Deacon Mark, who was the last person to speak to Erin before she died. He claimed it was innocent … but later we saw the holy man dump Erin’s missing bicycle in the river.

Do you feel different about Mare now that we’ve seen her do something terrible? Who do you think killed Erin? And how are you doing with the season so far? Drop all your thoughts and theories in the comments below.