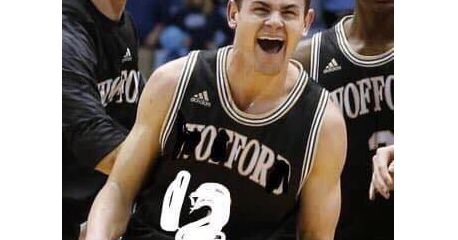 After the Kentucky Wildcats took the Wofford Terriers in the second round of the NCAA Tournament, Wofford star Fletcher Magee had some very interesting comments.

Magee said that the Cats defense on him was no different than what he faced in the Southern Conference this season.

Right after reading that, I had to laugh a little. The defense he faced against Kentucky was a lot longer and a lot more athletic than anything he saw in conference play.

In Thursday's win over Seton Hall, Magee made 6-of-11 contested 3-pointers.

Magee went 0/12 against the stout Kentucky defense and those two factors had everything to do with it. Tyler Herro was glued to him the entire game and did a fantastic job defending him.

– Danny Sallee (@DannySallee) March 23, 2019 [19659012] I think it is safe to say that Kentucky defeated him for a lot better than other teams in conference play. And you better believe they will remember Magee's comments this week as they prepare for whoever their next opponent is. It's hard to give bulletin board material to a team when you're not going to play them again, but these Cats will absolutely use this as motivation this week.