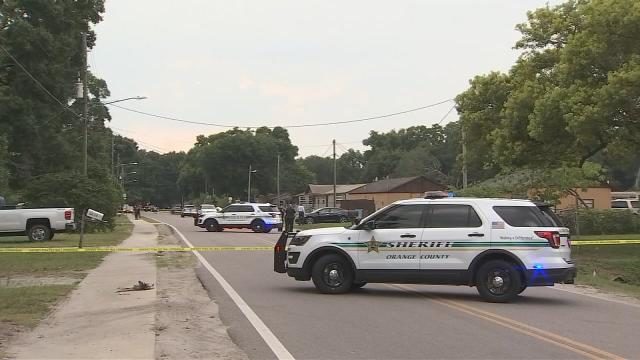 1; A 65-year-old man was shot dead in Zellwood Monday evening, according to the Orange County Sheriff's Office.

The shooting occurred shortly after 5 p.m. along the 6000 block of Willow Street.

The man, whose deputies have not identified, was pronounced dead at the scene, deputies said.

The suspect is on the loose, deputies said.

Deputies did not provide a description of the suspect.

Officials said the investigation is still in the early stages.

RIGHT NOW: All of Willow Street is blocked off as @OrangeCoSheriff investigates the shooting death of a 65-year-old man in Zellwood. Residents have been stuck at the top of the road wondering what is going on because there is only one way in and out. pic.twitter.com/kNmmjt2cS1

Not near a TV? Click here to watch WFTV newscasts live