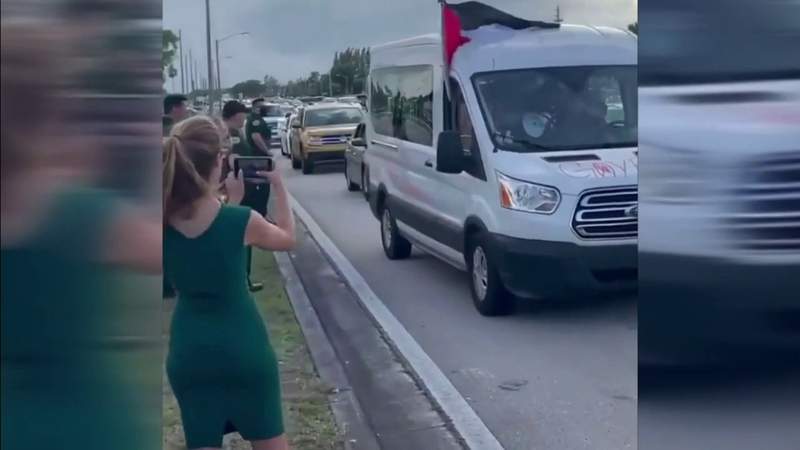 MIAMI-DADE COUNTY, Fla. An indictment was filed Friday against a man identified as a member of an anti-Semitic group who was arrested a day earlier in Miami when police say he refused to follow their commands during a traffic stop.

The group was seen crawling swastikas and anti-Semitic slurs on a white van.

Police later stopped the van Thursday, and officers say 33-year-old Joseph Bounds of Denver, Colorado stepped out of the vehicle and denied orders to step away from the traffic.

Bounds was arrested for alleged misconduct against a police officer without violence and failure to comply with orders.

Officials say the Bounds are part of a small, vicious anti-Semitic group called the Goyim Defense League. (Goy is a not-so-good word in Yiddish that means non-Jew.)

Bounds was released around noon. 13 Friday and spoke to a local 10 News crew member and said he believed he was “illegally detained” and did not commit a crime.

“I witnessed a traffic jam and I tried to film it,” Bounds said as he left the jail. “A sergeant asked me to take backup, so I did, and then he arrested me when I got about a foot away. Behind my back. I turned my back when he arrested me. ”

Police say Bounds ignored their directions several times to get out of the way and back up, so he was taken into custody.

The arrest took place on Biscayne Boulevard and Northeast 1st Street, investigators say. But the anti-Semitic group was seen in other areas of southern Florida this week.

They were spotted at a pro-Israel rally in Boca Raton with their van covered in writing containing the message “Hitler was right.”

On Tuesday, the group was in Dania Beach near the Holocaust Documentation and Education Center. The center was tipped off by police that they would be in the area and there were no problems.

When they were discovered Thursday in Miami, several members of the group were caught on video with Nazi greetings.

Copyright 2021 by WPLG Local10.com – All rights reserved. The Associated Press contributed to this report.