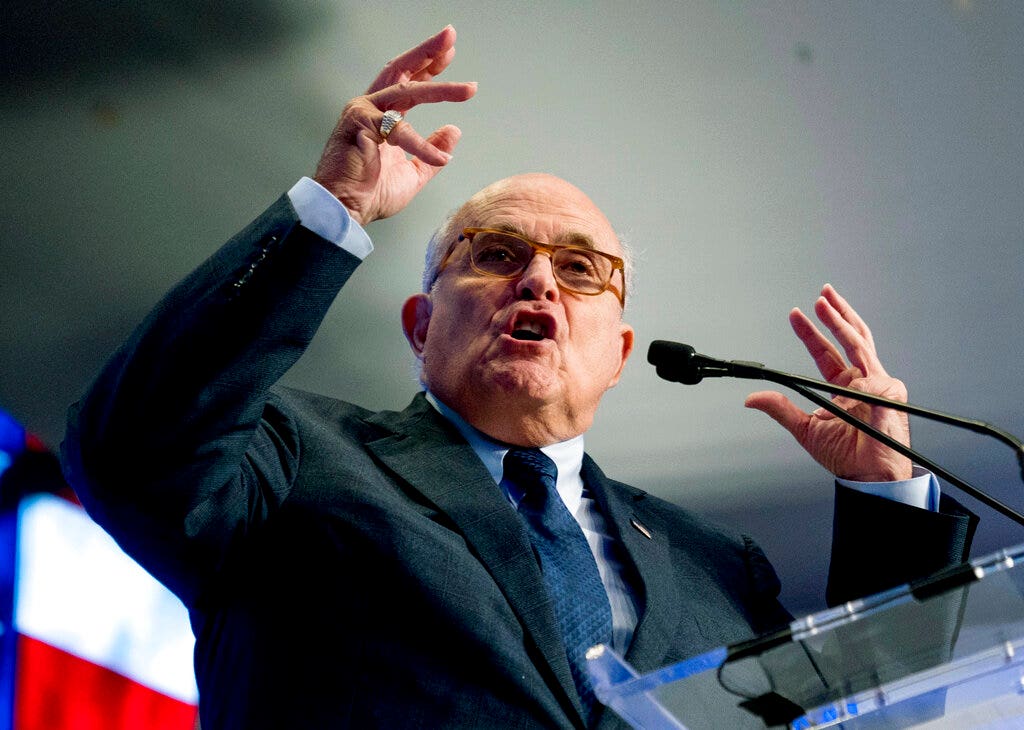 The New York Times, The Washington Post and NBC News faced a stream of criticism on Monday after the corrections they issued each weekend over their false reporting that Rudy Giuliani was warned by the FBI that he was a target for a Russian disinformation campaign.

The stories of the alleged warning were made public after the FBI raid on the former New York City mayor’s apartment in Manhattan on April 29, which came as part of the ongoing investigation into whether or not he violated the law while lobbying on behalf of of Ukrainian officials in 2019..

Each of the outlets referred to anonymous sources as they revealed FBI warnings that never took place, prompting Giuliani to demand that they reveal who their sources were following the withdrawal.

The three outlets were quickly called out on social media for the inaccurate reporting, with some questioning the standards they use to verify information from anonymous sources, and others urging the outlets to “burn” the sources.

While discussing the withdrawal on Monday, Fox News media analyst Howard Kurtz called the false reporting “a big blunder” and explained that news organizations have the right to reveal the identity of anonymous sources if they determine the sources lied when sharing information.

Fox News contributor and The Hill’s Joe Concha also blew up the false reporting and use of anonymous sources, urging outlets to disclose the source. He then quoted an Axios poll from 2018 that said 75% of Americans believe that “traditional big news sources” report things they know are “fake, fake or intentionally misleading.”

“Overnumber” co-host Kayleigh McEnany repeated the poll data that Concha quoted, calling it an “extraordinary number.” She also said that “there is an epidemic in American journalism and that is anonymous sourcing.”

None of the outlets that have issued corrections have yet revealed the source that provided the false data.