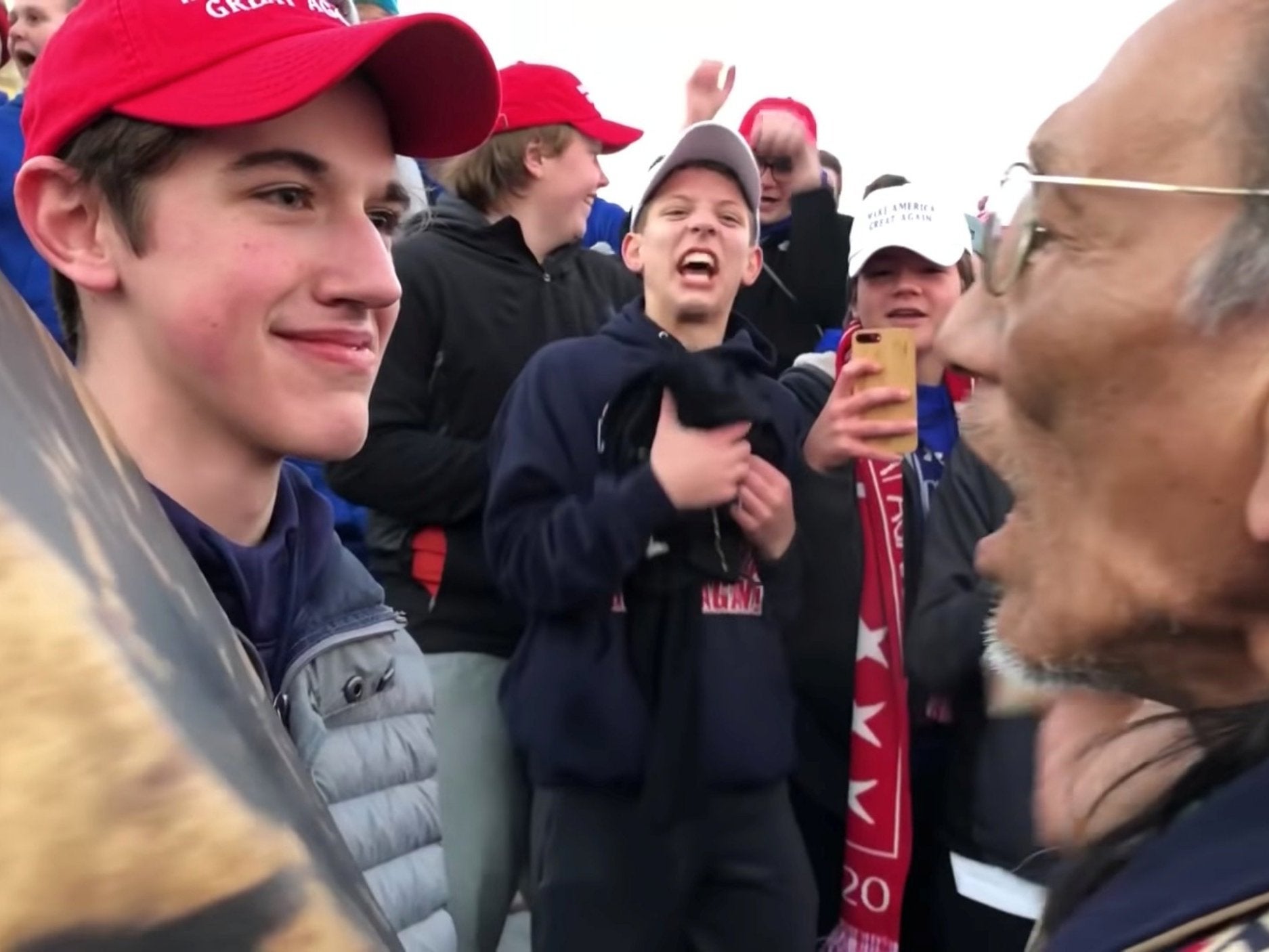 The mother of a boy filmed harassing a Native American man along with his friends at a rally in Washington DC has blamed "black Muslims" for the confrontation, without providing any evidence for the claim.

The teenager was among a Nathan Phillips, surrounding him to jeer and chant "build the wall, build the wall."

But his mother claimed "black Muslims" had been harassing the group of Donald Trump supporters from the private, all-male Covington Catholic High School in Kentucky.

An email to the news website Heavy.com, she wrote: “Did you hear the names of the people where (sic) calling these boys? It was shameful. Did you witness the black Muslims profanities and video taping to get something to futher (sic) your narrative of hatred ???

"Did you know that this" man "came up to this one boy and drummed in his face?"

Footage of the confrontation involving Mr Phillips, a veteran of the Vietnam war and an elder of Nebraska's Omaha tribe, was shared online with organizations or an indigenous peoples that also took place on Friday.

The videos have prompted a torrent of outrage. Actress and activist Alyssa Milano tweeted that the footage "brought me to tears," while actor Chris Evans said the students' actions were "appalling" and "shameful."

Rep Ruth Buffalo, a North Dakota state lawmaker and member of the Mandan, Hidatsa and Arikara Nation, said she was saddened to see students showing disrespect to an elder who is also a military veteran.

“The behaviour shown in that video is just a snapshot of what indigenous people have faced and are continuing to face,” said Ms Buffalo.

Both the Catholic high school and the Diocese of Covington have apologised and condemned the actions of the students.

“We extend our deepest apologies to Mr Phillips. This behaviour is opposed to the church’s teachings on the dignity and respect of the human person.”

“The matter is being investigated and we will take appropriate action, up to and including expulsion,” the statement said.

Covington Catholic High School has since closed its Facebook page.

“When I was there singing, I heard them saying ‘Build that wall, build that wall’,” Mr Phillips said, as he wiped away tears in a video later posted on Instagram. “This is indigenous lands. We’re not supposed to have walls here. We never did.”