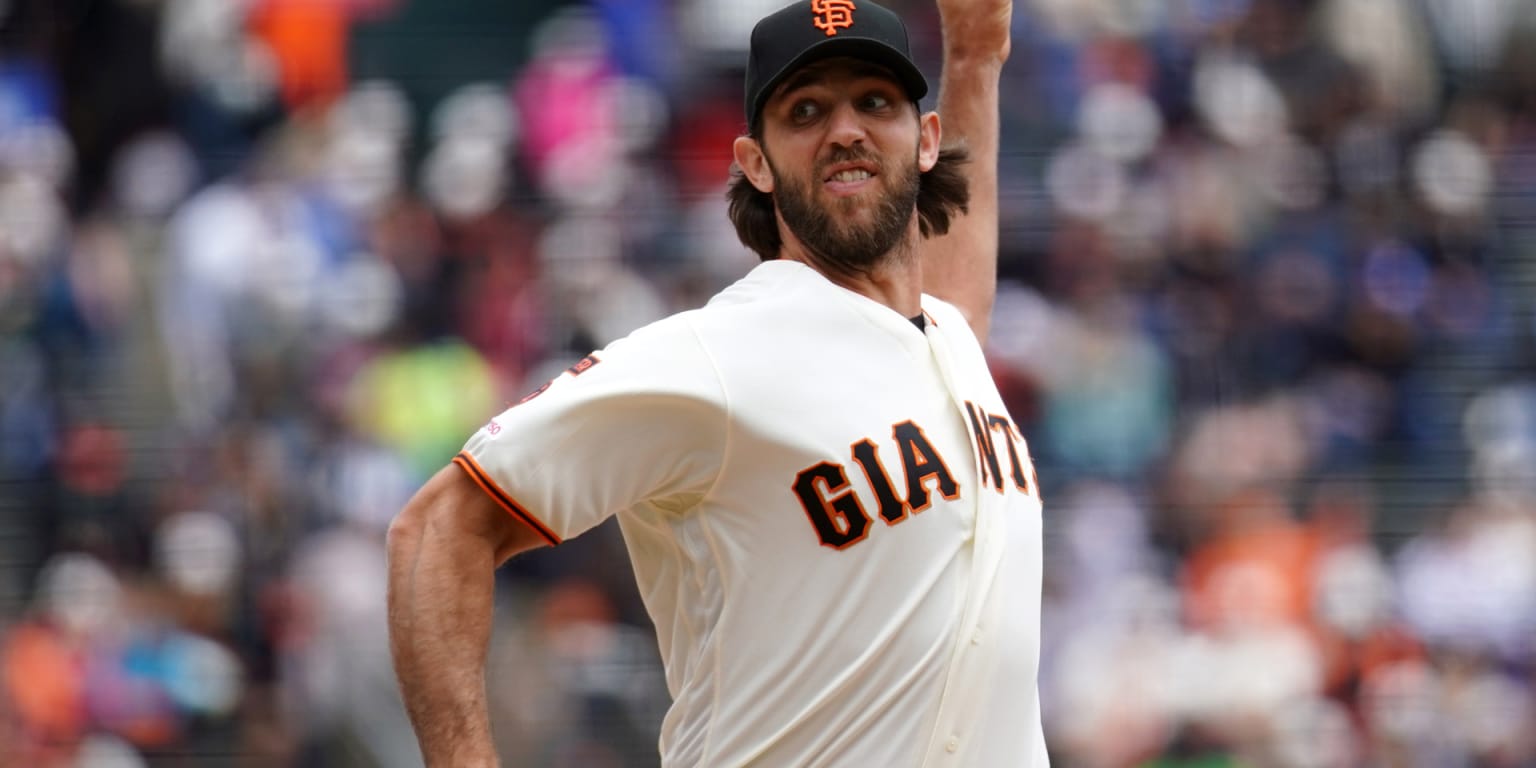 SAN FRANCISCO – Count the Brewers among the contending teams who are likely to be linked to Giants ace Madison Bumgarner in the weeks leading up to the July 31 Trade Deadline.
Milwaukee got a first hand look at Bumgarner in the Giants' 8-7 comeback win on Saturday afternoon at Oracle

Milwaukee got a first-hand look at Bumgarner in the Giants' 8-7 comeback win on Saturday afternoon at Oracle Park, which extended San Francisco's win streak to a season-high four games

Bumgarner (4-6, 3.87 ERA) did not factor in the decision after surrendering five runs (three earned) over six innings, but he delivered his 1

1th quality start of the season in his 15th outing. The 29-year-old left-hander gave up five hits, walked three and struck out six. He induced 14 swinging strikes and averaged 91.7 mph on his fastball.

Bumgarner departed with the Giants trailing, 5-4, but his current club came back to tie the game on Joe Panik's sacrifice fly in the bottom of the sixth. San Francisco completed his rally twice in the seventh behind Stephen Vogt's second triple of the game, and RBI single by Kevin Pillar and a go-ahead double from Brandon Crawford, who finished 3-for-4.

The Brewers, Who are currently trying to stay ahead of the Cubs and Cardinals in the National League Central, will likely be in search of pitching help at the Trade Deadline, making them a potential trade partner for the Giants. Milwaukee is currently without Opening Day starts Jhoulys Chacin and Gio Gonzalez and entered Saturday with the fourth-highest rotation ERA (4.68) in the NL.

Bumgarner, an impending free agent, will be one of the most established starting pitchers available on The trade market, and the Giants' decision to their Zack Minasian as their new director of scouting over the winter could help facilitate any potential talks with Milwaukee. Before joining first-year president or baseball operations Farhan Zaidi in San Francisco, Minasian worked in the Brewers' front office for 14 years, giving him extensive knowledge of the talent in their farm system.

Maria Guardado covers the Giants for MLB. com. She previously covered the Angels from 2017-18. Follow here on Twitter.