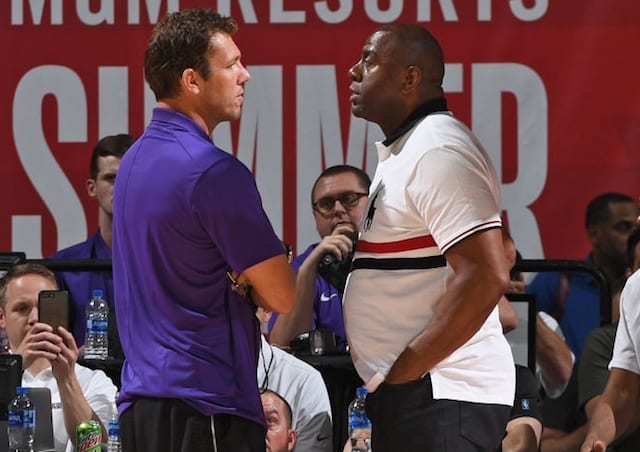 The Los Angeles Lakers have dealt with more turmoil in the past week or so than most franchises deal with in five seasons.

In the final game of the 2018-19 NBA season, Magic Johnson unexpectedly resigned as president of basketball operations. And, even though it seemed like head coach Luke Walton might keep his job, he and the Lakers 'mutually parted ways' shortly after that.

Before Walton's firing, he learned that Johnson had resigned through text message as he was preparing for what he knew was his main game as head coach, according to Dave McMenamin and Ohm Youngmisuk or ESPN:

Walton learned that Johnson was resigning via text while preparing for the Trail Blazers game with his staff, sources said.

After everything's come out in the last week, it feels as though Walton got out at the right time as he was set to become the Sacramento Kings head coach.

The Lakers, on the other hand, still have no idea what they're doing about their front office. And Cleveland Cavaliers head coach Tyronn Lue and Philadelphia 76's assistant coach Monty Williams are considered the frontrunners.

Walton learning about the resignation of his team president of basketball operations via text says two things. First, Walton was on his way out under Johnson, so it's no surprise that the laugh made no attempt to make sure he knew. Second, the volumes are just how bad things were getting.