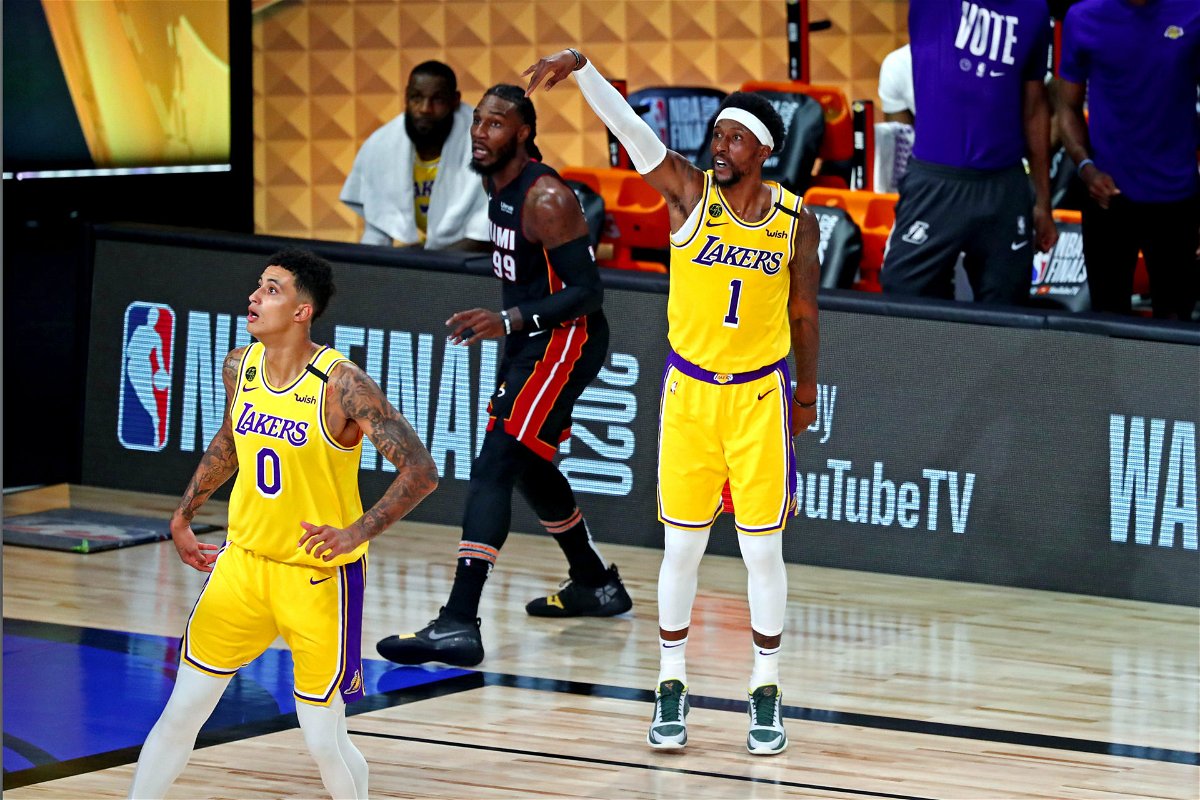 When the Los Angeles Lakers offered a 2-year $ 16 million deal to Kentavious Caldwell-Pope in July 2019, it was called a ridiculous move. He came out of two bad seasons with them and was regularly criticized by fans.

But now, after an excellent regular season and an even better playoff performance, he has earned praise from a legion of Lakers fans. While KCP came on ESPN’s The Jump, KCP talked about these Lakers fans and how tough they are.

“LA fans have their expectations of the team, and I respect that,” he said. “They hold you accountable and they are true die-hard fans.

“They expect you to be the best because of the organization, LA, it̵

7;s the Lakers. Kobe ruled the city for 20 years, so there are high expectations from the fans, and I respect that.

“It’s a love-hate relationship. They want to be on you, they expect your best, and they love you no matter what. ”

Will KCP return to the Lakers next season?

Shams Charania of The Athletic revealed that Caldwell-Pope is expected to reject his $ 8.5 million player option. After an impressive season, he needs to get a better contract. But the Lakers have their bird rights, so ideally they can match any offer that KCP receives.

But if he receives an offer of more than $ 13- $ 14 million, the Lakers may be forced to let him go. If they can move Danny Green’s contract, they may be more flexible, but that would be a tough task.

KCP has been a great 3&D player for the Lakers, and his skill set compliments LeBron James and Anthony Davis. If he returns and continues last season, he can help the Lakers fight for the title again.

As the competition gets tougher by the minute, the Lakers will definitely have him on their side.

Charania revealed that the Hawks are among the teams interested in signing him. They will seek to add some experience along with young guard Trae Young.

But any competing team that needs shooting games, like the Bucks or 76ers, would love to add KCP to their roster. KCP will be a sought-after free agent, but the Lakers hope to keep him for another season.

CU Buffs and Cornhuskers should play football instead of getting stuck in conferences where they do not belong. – Denver Post