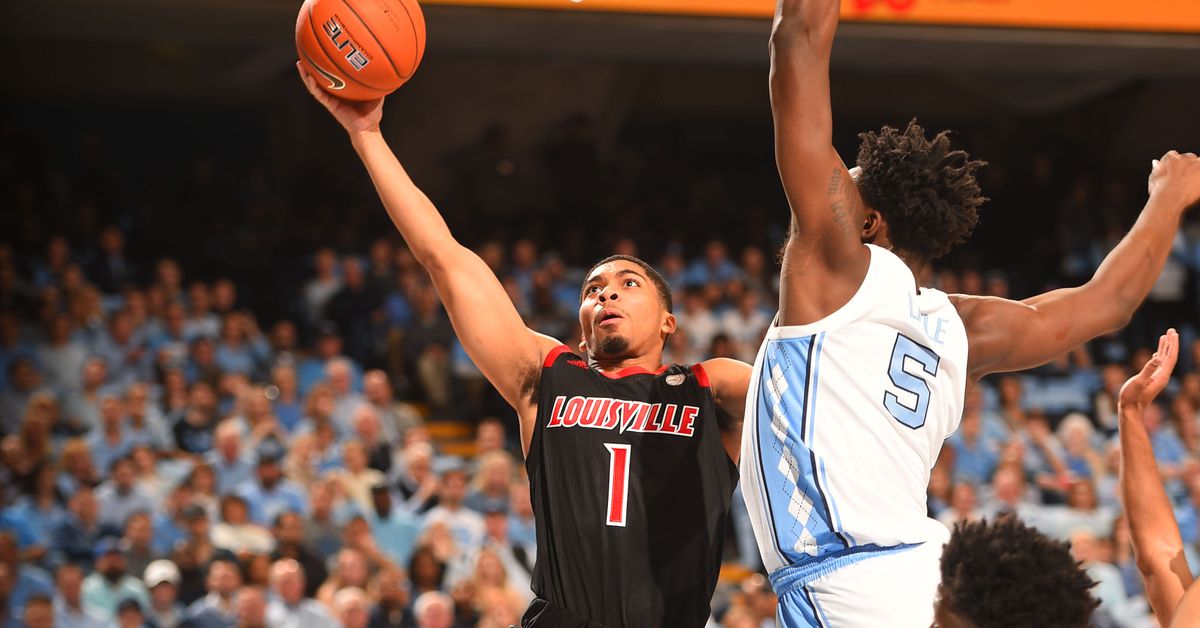 Just three days after losing to Pittsburgh for the first time since 2010, Louisville # 12 North Carolina gave his worst home-loss of the Roy Williams era with an 83-62 stomping at Dean E. Smith Center on Saturday afternoon.

It's hard to point to one thing specifically like the difference between Wednesday and Saturday, because it certainly felt that everything was different.

Louisville came out firing at all cylinders that connect each of his first seven field goals. The number two team fought back in the country with nine. It exploded from the outside and then dominated North Carolina in paint as the heels were forced to over-extend. It held Luke Maye for 3-of-1

4 shooting from the court. It had three players scoring 17 points, and all three shot 50 percent or better from the field. It had two different players – Dwayne Sutton and Steven Enoch – after double-doubles.

In the selection committee's NCAA tournament eyes, quality is gaining ground for ugly losses. We found it out for the first time a year ago when a cardinal team that lost to zero teams who did not make the Big Dance but had only three wins against the RPI top 50 opponents settled, not even being one of the first four keep out of range of 68.

My point is this: As frustrating as the loss to Pitt on Wednesday, this one wins a much, much bigger deal. If this was a trade, Pitt would head for UNC on the road to be Babe Ruth, who goes from Boston to New York.

The cards now have three Q1 victories, two of which have come on the road, and two of them seem likely to be over teams, to be top three or four seed on election Sunday.

– Before today, North Carolina was the only team in the ACC that Louisville had never been beaten in its home garden.

-This was Chris Mack's first game as head coach against North Carolina, but Wake Forest was 5-1 against the heels during Mack's time as assistant with Demon Deacons. Maybe Skip gave him the recipe.

Here is your last box score:

Enjoy the rest of your Saturday. I assume it will be a good one for all of us.