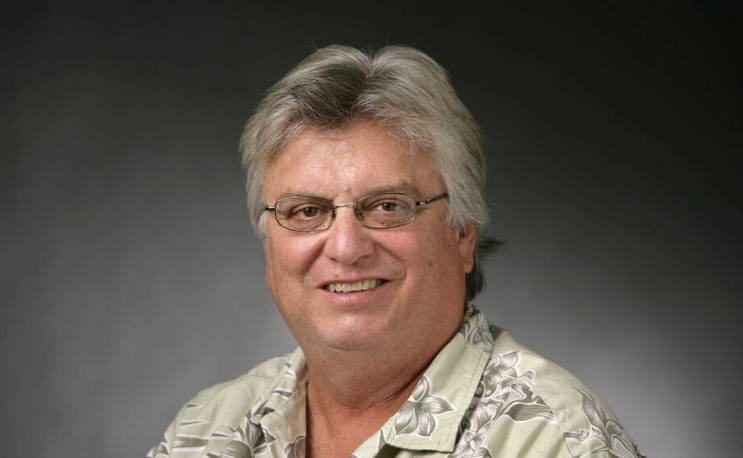 Fraley, who died early Saturday morning at 64 two-year-old bout with cancer, was a loyal friend, bitter enemy, loving father and a "ballwriter's ballwriter," according to the consensus of nearly two boxes of national colleagues.

While Fraley was most well- known for his coverage of the Rangers, he also wrote about football, basketball, NASCAR, and many other topics during his four-decade career. He previously covered the Phillies at the Philadelphia Bulletin and the Braves at the Atlanta Journal Constitution. His impressive career continued right up to a recent Stars-Predators NHL playoff game when he penned the lead and hit his deadline with a minute to spare, "as was his custom."

Started at the Dallas Morning News on this day 30 years ago.

"Even as he fought against this dreadful illness," said DMN boss Garry Leavell. "It was hugely important to Gerry that he didn't let down his colleagues and his readers. He had a work ethic second to none. ”As expected, the tributes started pouring in immediately and didn't look up every day. The respect Fraley commanded from his colleagues and those he covered is evident in the reactions. Not to mention a few good stories about his work ethic and sense of humor.

Former Texas The owner (and president of the United States) George W. Bush chimed in, saying, "Gerry was an accomplished writer and a nobody observe or many sports. It always seemed to me that baseball was his real passion, thereby establishing a friendship and a lasting friendship. ”RIP Gerry Fraley, one of my oldest friends in this business. Gerry was a giant in our profession. Loved covering baseball, with a relentless work ethic & ending quest to find truth, answers & essential information that no one even knew to seek out. A true scribe legend https://t.co/MqvQzV97zq

To Gerry Fraley, who did newspapering as well as and other than anyone . The hole he leaves won't be filled

The Texas Rangers extend their thoughts and prayers to the family of longtime Dallas Morning News baseball writer Gerry Fraley , who passed away early this morning after a long and courageous battle against cancer. May he Rest In Peace

A few years ago in Arizona, Gerry Fraley told me he had a new plan for spring training: Pick out something from a #Rangers exhibition, write off that, provide different insight. I thought, "Man, it's amazing the intensity he's bringing, even when the games mean the least."

We were always blessed every time you graced our press box. Thank you for your service to the DFW sports world throughout your work with the Dallas Morning News. You'll always be remembered. Rest in peace, Gerry Fraley. https://t.co/CrrWL5Uqka

Gerry Fraley was the epitome of what journalism should be: Someone who asked hard questions, and was never tethered to the quid pro relationships that bend and rot the truth. And man, he was funny. This is so sad. https://t.co/khIJq4cjbl

I was sitting with the great Gerry Fraley, gone now at 64, the night the Rangers beat the Yankees in the ALCS to advance to the Series. A-Rod was the last out, and a strikeout. Gerry turned and said, "The Rangers always hoped Alex would put them in the World Series. He finally did."

RIP Gerry Fraley. Enjoyed talking ball and politics with him. Smart old school ball writer who made a difference

We are so saddened by the passing of Gerry Fraley, a dedicated journalist, one of the best baseball writers ever, a wonderful father and a dear friend. R.I.P., Frales

Condolences to the staff of @SportsDayDFW and the Rangers beat on the passing of Gerry Fraley. Always stopped at where the visiting writers sat to ask if we needed anything. And he knew how to ask a player or manager a tough, direct question. A good man gone far too soon.

In my first year covering baseball, I had a cerfuffle with an esteemed writer. Shaken, I called Gerry Fraley to ask if I had erred. Irate, he said no & offered to punch the fella in the nose! Gerry was in Atlanta. I was in N.Y. Had to talk to him out of getting on a plane! #Frales

Cubs manager Joe Maddon opened his daily press briefing with a comment on Gerry Fraley, the long-time Dallas Morning News reporter who died at the age of 64 following a battle with cancer… pic.twitter.com/KomDw9jq7G

Gerry Fraley's extraordinary professionalism, generosity and humor were known to all of us fortunate enough to spend time with him over the years. If you loved the game, then the only ticket you needed was his own and heard his all-time great stories. RIP, my friend. https://t.co/LgvazWRutN