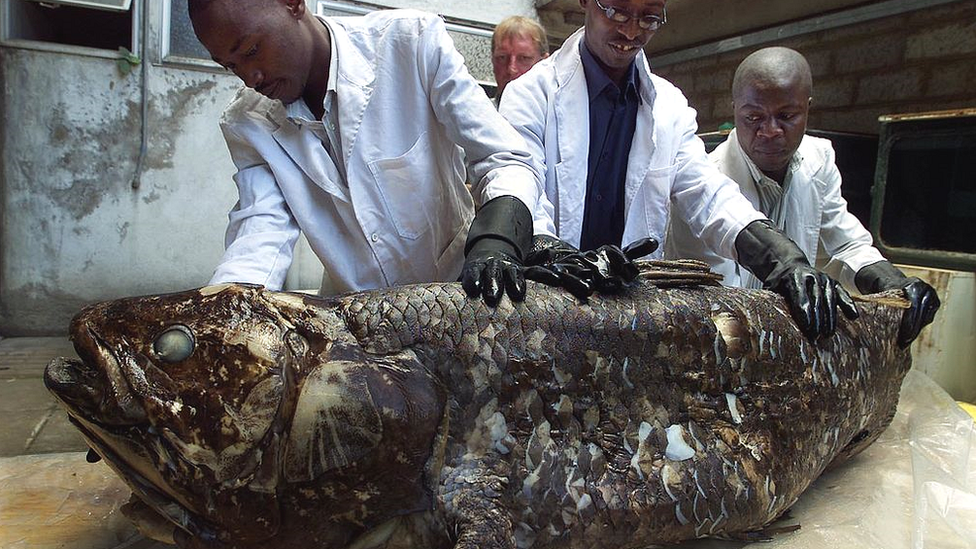 A “living fossil” fish can live an impressively long time – perhaps up to a century, according to a new study.

The coelacanth was considered to have a lifespan of about 20 years, but new estimates suggest it is a centenarian of the ocean along with sharks.

French researchers studied marks on the scales of museum specimens – just as wooden rings tell the age of the trees.

They believe that the fish only reproduce in the late Middle Ages and can be pregnant for as long as five years.

Slow-growing fish that produce few young are particularly vulnerable to extinction pressures, such as climate change and overfishing.

Knowing the life history of coelacanth can help enforce even stronger protection and conservation measures, said Dr. Bruno Ernande from the University of Montpellier, France.

“A very important framework for conservation measures is to be able to assess the demographics of the species,” he told BBC News. “With this new information, we will be better able to assess it.”

Coelacanth was long considered extinct until the famous one appeared in a fishing net off South Africa in 1938.

Two populations were subsequently discovered living off the east coast of Africa and another off Sulawesi, Indonesia.

The African population is classified as critically endangered, with possibly only a few hundred individuals left.

“[The] coelacanth seems to have one of, if not the slowest, life stories among marine fish and close to deep-sea sharks and coarse fish, “said Kélig Mahé of the North Sea Fisheries Research Unit in Boulogne-sur-mer, France.

“Our results thus suggest that it may be even more endangered than expected due to its peculiar life history. Therefore, these new pieces of information on the biology and life history of coelacanths are essential for the conservation and management of this species.”

In future studies, the researchers plan to perform further analysis on coelacanth scales to find out if the growth rate is related to temperature. The answer provides some insight into the effects of climate change on this vulnerable species.

The ancestors of coelacanthen evolved 420 million years ago and survived the displacement of continents and the asteroid strike that wiped out the dinosaurs.

When living in caves on the seabed, individuals can grow to 1.8 meters and tilt the weight of more than 90 kg.

The research is published in the journal Current Biology.